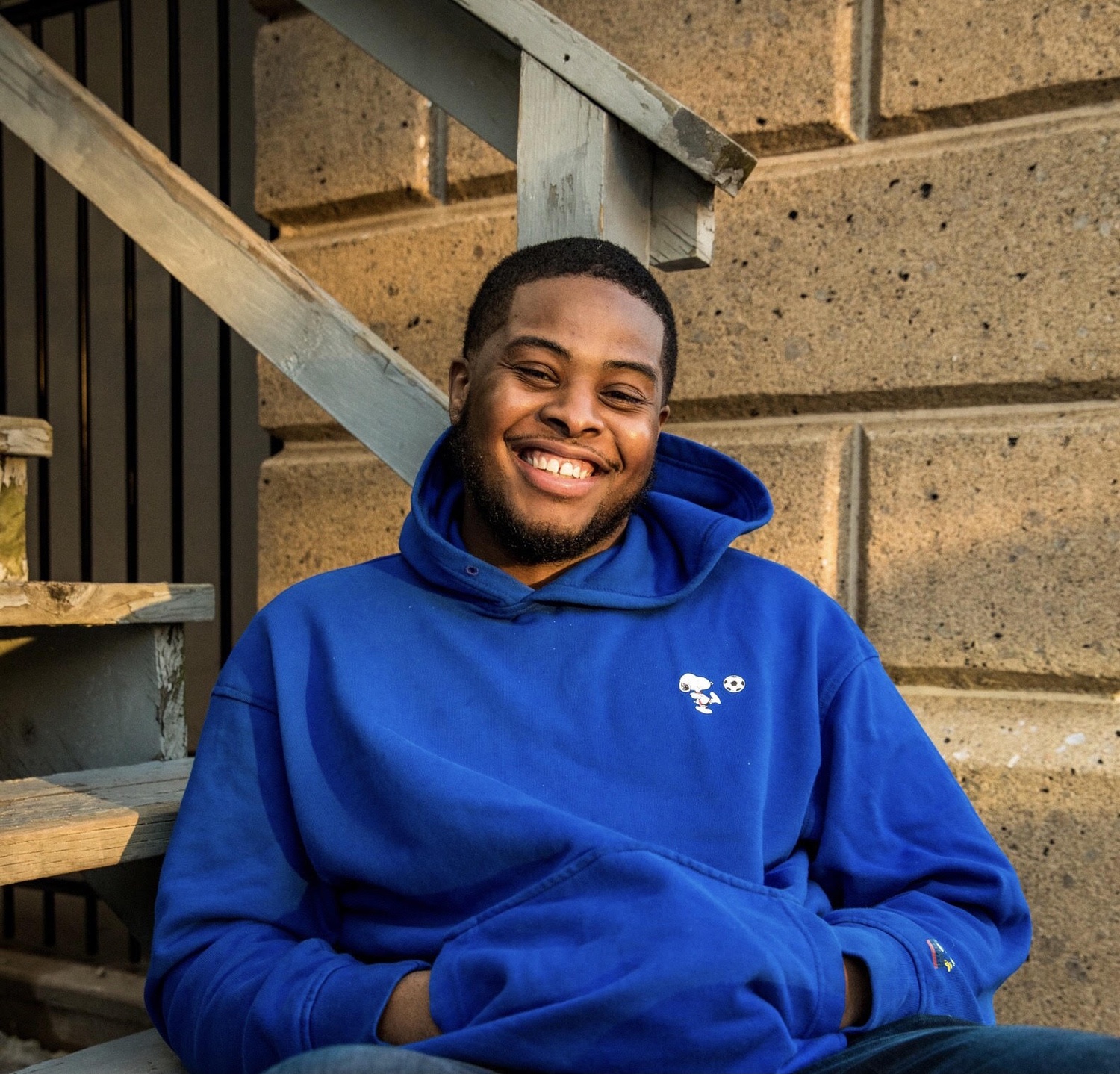 With inspirations ranging from Earl Sweatshirt to Pablo Picasso’s “Blue Period,” Chicago rapper D2x is ready to have the world appreciate his art.

The rapper’s debut album “The Color Blue” is his most intimate work to date, channeling a diverse array of artistic influences and personal memories.

“I feel like I'm fully comfortable now to honestly just tell the true story of how I got into music and where I'm trying to go,” he said on a call with The Crimson.

Before discovering music as a freshman in college, D2x was a high school basketball player with dreams of going pro, turning down a number of scholarship offers to attend Division I Western Illinois University as a hopeful walk-on.

Yet upon beginning school and the laborious tryout process, the rapper came to the realization that basketball was no longer his passion, leading him to pursue his interest in music.

The rapper credits some of his name inspiration to the late DMX.

“I decided to switch paths and that's what initially made me go into music to find another way to really express myself,” he said. “I learned that that was something that I was potentially good at and now we're here.”

While at Western Illinois, the lack of a serious local music studio forced D2x to pursue recording options in Chicago, commuting to the city on weekends with Amtrak 10-day passes sent to him by his mother.

Even during his early college days, the rapper was always intent on producing the highest quality music, often working to perfect just two or three songs over long stretches of time.

“I wasn't like the typical guy that was super social and going to parties all the time to grow my music that way,” he said. “I was thinking about the bigger picture, really about when I graduate knowing I have to come back home. So my goal was to start from the inner-city first to grow my brand.”

After graduating from WIU last summer amidst the pandemic, D2x found a new recording studio and began honing the rhymes that would eventually populate his latest project.

Despite moving on from the goal of a professional basketball career, he noted that the sport continues to inspire his music, such as in the “The Color Blue” album cover, which features a group of cartoon children playing a pick-up game of basketball.

“I've created that connection so people could really really see what made me who I am,” he said. “And that was the purpose of even utilizing basketball in my music is to tell my story, but it also motivates me to remember my past.”

In addition to personal inspirations, the rapper is heavily influenced by musicians like Miles Davis and J Dilla as well as artists like Pablo Picasso and Jean-Michel Basquiat.

According to D2x, the namesake and cover art for his latest project takes a cue from “The Old Guitarist,” a painting by Picasso from the artist’s “Blue Period” from 1901 to 1904. The final track on the album is titled “Picasso Blue / Thoughts from a Basquiat.”

“It's a very moody photo and is one of [Picasso’s] most classic and legendary pieces,” he said. “It gave me an idea of how it really feels to be a musician, especially when you're trying to be different.”

The rapper’s emotional approach to his music meshes well with other Chicago MCs like Saba, Noname, and Chance the Rapper — artists that D2x hopes to work with in the future.

Recent radio play and an early affiliation with the Hiphop outlet Lyrical Lemonade have garnered D2x some attention in the local Chicago scene, but the rapper is hungry for more.

In the next year, he hopes to solidify connections with big music festivals and play the major Chicago venues like Lincoln Hall and Metro, using the “The Color Blue” as a launching pad.

“This is the best position I've been in, in my career,” the rapper said. “I am optimistic that show opportunities will definitely come.”

“I just want ‘The Color Blue’ to continue to grow and I want more people to hear and understand what it means,” he added.

“The Color Blue” is currently available on all streaming platforms.
—Staff writer Ryan S. Kim can be reached at ryan.kim@thecrimson.com.