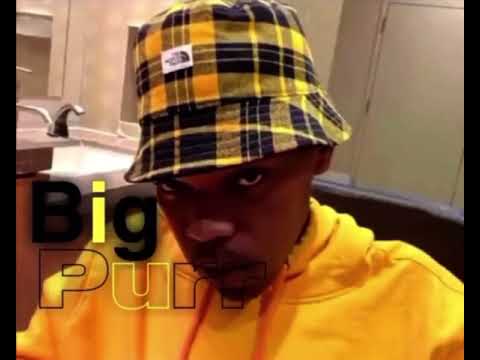 The influence of RollingRay on the culture is undeniable. His vocabulary, his voice, his image — rightfully or not — has completely changed the way Gen Z communicates in person and virtually. One of his most famous contributions has been introducing “purr” into the larger language, reshaping the onomatopoeia into a statement of confidence and affirmation. On hit single “BigPurrrr,” released Apr. 16, RollingRay defends his creation from Coi Leray who made the word the centerpiece of her hit single, “BIG PURR (prrdd) ft. Pooh Shiesty,” and has attempted to brand herself the “big purrr.”

Musically, RollingRay's “BigPurrrrr” is not written, produced, or rapped particularly well, but make no mistake — RollingRay is not a rapper, he is an icon. And the song is iconic.

If there is one thing RollingRay is not, it is silent. Some of his most prominent moments of fame have come from his commitment to his boisterous personality and swagger. Who can forget his legendary appearance on Divorce Court, when he rolled up and down the courtroom isle cussing out his then boyfriend Christian to Judge Toler. Or his Twitter beef with Saucy Santana and City Girls which lead to Santana releasing an alleged diss track against RollingRaycalled “Walk.” RollingRay also has a history of using his clout for social change: During the protests of summer ‘20, RollingRay was on the frontlines of the DC movement, promenading in front of DC police, and ramming into barricades with his wheelchair.

RollingRay always sits on the precipice of controversy and prominence, but by doing so as a Black, gay, and disabled icon, RollingRay has also been the victim of considerable ableism, racism, homophobia, and digital blackface. His photos are turned into memes, his sayings are appropriated, his presence is made fun of. Most recently, this has been expressed with “purr,” a word RollingRay excitedly brought into the mainstream that has since been manipulated and appropriated by others. This behavior has been seen most recently with Coi Leray and Pooh Shiesty, who created viral hit songs with his language without crediting his work.

The lyrics of “BigPurrrr” let us know what RollingRay’’s thoughts are on the theft. He swipes the “He call me big purr/ Gon’ make this p*ssy purr” hook directly from Coi Leray’s track, but follows it with lines about how “Everybody knows [he] Sh*ts on her” and how Coi Leray is “taking words like this sh*t is hers.” RollingRay expresses his resentment for stealing his words by attempting some disses like bringing up Coi’s controversial father, Benzino, and threatening violence, but there is little creativity beyond rhyming thank with spank and shank. The whole song sits on a beat straight out of a seventh grade garage band project, so bar for bar, chord for chord, Coi is the clear musical victor.

However, the song finds its importance far beyond musicality. It is a public and prominent cry against intellectual theft against marginalized groups. RollingRay himself said this abstraction was his intention, claiming in an Instagram Live that he was tired of gay artists having thier ideas stolen, and he wanted to prevent the same thing from happening to “Purr.”

Is “BigPurrrr” a little ridiculous, a little troll-y, a little ad-hoc? Absolutely, but so is RollingRay. Songs do not need to be “good” to have relevant messages and “BigPurrrrr” has never been more relevant. In a time where non-Black individuals are trying to rebrand AAVE into “internet slang” and Black songs and traditions into “TikTok trends,” “BigPurrrrr” stands as a silly, but critical critique, and since the song was charting above Coi Leray’s appropriation, it seems like people are listening.