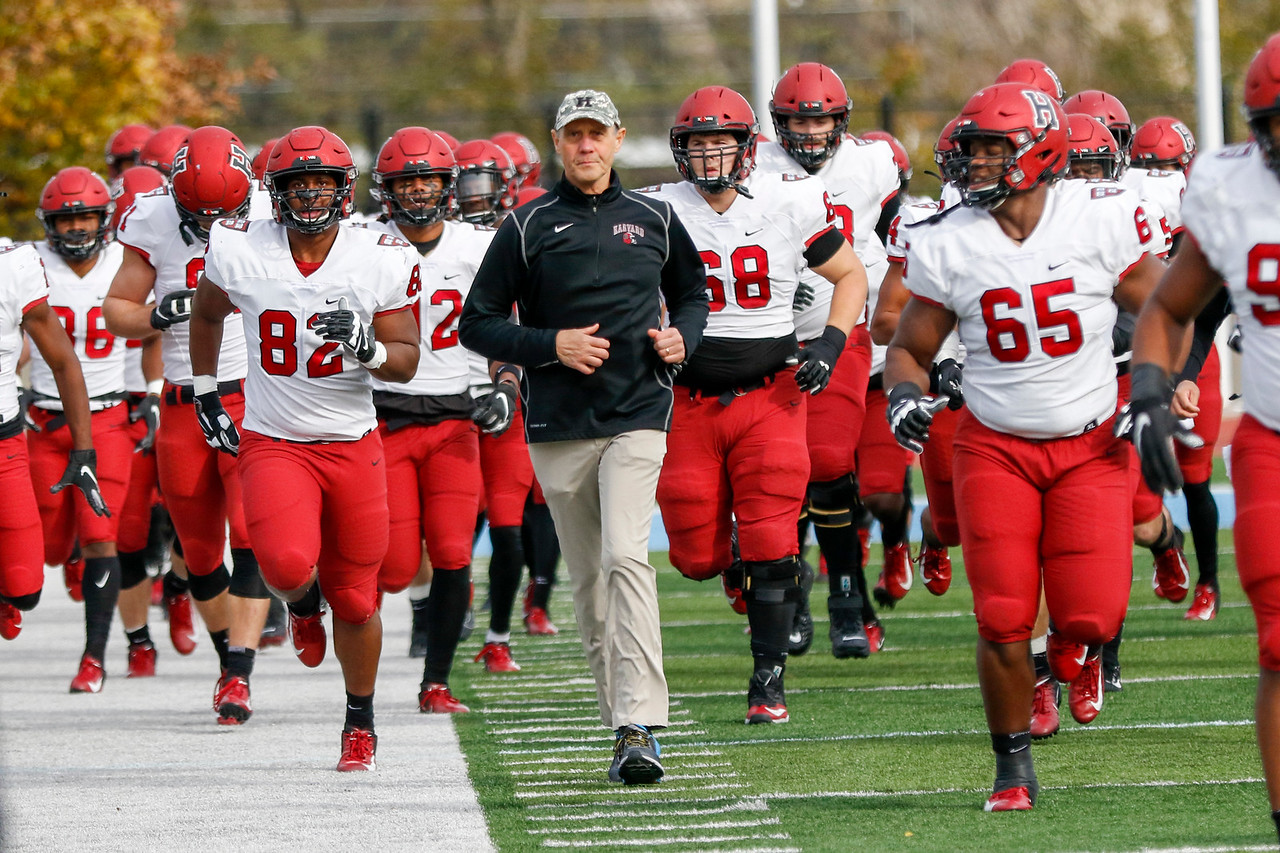 Harvard football player Kwaku O. Adubofour '24 said he was optimistic that the ruling might provide a strong precedent for student-athletes winning the right to secure compensatory deals outside of academic institutions. By Timothy R. O'Meara
By Davit Antonyan, Crimson Staff Writer

The Supreme Court unanimously ruled Monday that student-athletes can receive incremental increases to their education-related compensation packages, but the ruling will likely have minimal effects on Harvard athletics.

Though narrow in scope, the decision in National Collegiate Athletic Association v. Alston signaled a rare judicial victory for student-athletes and left the door open for future legal challenges that might go further in allowing salaries and other compensation for the use of student-athletes’ likenesses.

Before the case reached the Supreme Court, the lower courts affirmed that some of the NCAA’s policies against compensating student-athletes were unfair. Among these policies were “rules that limit scholarships for graduate or vocational school, payments for academic tutoring, or paid post eligibility internships,” Justice Neil Gorsuch wrote in his opinion for the Court.

The Supreme Court’s verdict, however, provides just a narrow victory for student athletes. It only applies to athletes in the highest levels of college sports: Division 1 men’s and women’s basketball players and football players from the “Football Bowl Subdivision,” the most competitive level of college football. Furthermore, the ruling only allows for certain increases in education-related compensation, namely scholarship and tuition costs, without guaranteeing salaries or any other compensation.

It is unlikely that Harvard athletics will experience any immediate effects after the ruling. For one, the University does not provide any scholarships to its athletes, but rather offers financial assistance through its universal need-based financial aid program. The Supreme Court decision only applies to scholarships and additional compensation for student-athletes.

Additionally, since Harvard does not compete in the Football Bowl Subdivision, the ruling only applies to its men’s and women’s basketball athletes.

Harvard football player Kwaku O. Adubofour ’24 said that while the decision would likely not change anything at Harvard, it still signaled a large step forward for student-athletes.

“I’m not sure how much it will affect us at Harvard, but I don’t see how this could go bad, I see it only as positive,” he said.

Adubofour said he was optimistic that the ruling might provide a strong precedent for student-athletes winning the right to secure compensatory deals outside of academic institutions. The ability to license and profit off of one’s own likeness and image is one of the most contentious issues between students-athletes and the NCAA.

Adubofour explained that some of his friends with growing social media followings would greatly benefit from using the Harvard name to secure followers and sponsorships.

“I hope this opens the door for more cases and less restrictions for athletes in the future, like allowing kids without any restrictions to make money off of their likeness, whether that be signing autographs and selling them or selling their cleats,” he said. “At the big schools, some kids won’t be able to afford food so being able to sell their cleats for however much money would be a big plus.”

In a statement following the Supreme Court decision, NCAA president Mark A. Emmert said the NCAA would work with Congress and student-athletes to resolve any such outstanding issues.

“[The decision] reaffirms the NCAA’s authority to adopt reasonable rules and repeatedly notes that the NCAA remains free to articulate what are and are not truly educational benefits, consistent with the NCAA’s mission to support student-athletes,” the statement reads.