From Cannes: Deep Dives into Control and Restlessness in ‘Murina’ 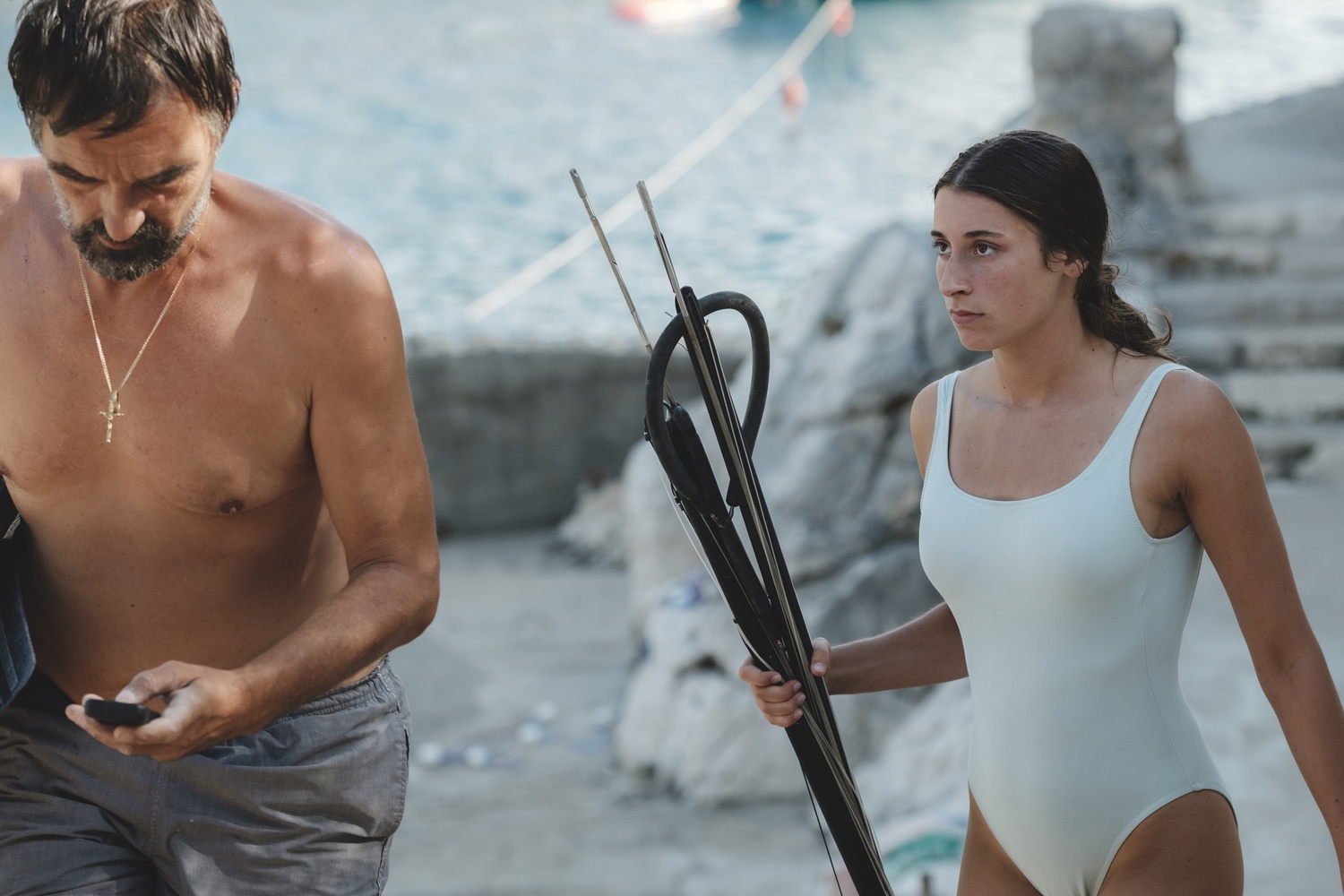 In “Murina,” directed by Antoneta Alamat Kusijanovic, the unpredictable waters of the Adriatic Sea reflect both the tranquility and turmoil of adolescence. Kusijanovic’s first feature film, it premiered on July 10 at the 2021 Cannes Film Festival and was largely inspired by Kusijanovic’s 2017 short film, “Into the Blue” (which was well-received in the international film festival circuit).

Set on a rocky island in Croatia, “Murina” continues the story of Julija (Gracia Filipovic), a restless teenager living with an at-times abusive father, Ante (Leon Lucev), and apologist mother, Lena (Danica Curcic). A new horizon seems to appear for Julija when Javi (Cliff Curtis), her father’s wealthy ex-employer and sometimes-friend, comes to visit the family under the pretext of buying land from Ante and developing it into a resort. It is then that Julija decides she would rather replace her father with Javi, leading to a tangled mess of jealousy, hope, punishment, and desire.

In following the fraught relationship Julija has with her family, “Murina” focuses primarily on her struggle for control and her repressed desire to escape an environment in which she is forced to weather the often irrational wants and whims of those older than her. Filipovic’s portrayal of Julija is a mature one. For example, when Ante throws her off the boat because she warned him of dangerous rocks, she calmly swims back and rejoins the group, her expression more cold and unbothered than choleric, as if Ante’s antics were just a child’s game she was bored of. It is perhaps for that reason that “Murina” feels less like the typical coming-of-age film than it does a story of escape. While all the adults in her life — her mother, father, and Javi — are easily angered, reactive, and often hostile, Julija is reserved and stoic for the vast majority of the film. Only at the film’s climax does she finally reveal the depth of the emotions she had been harboring since the beginning, when she would otherwise suppress any reaction to the very clearly distressing and unfair behavior of those around her.

To aid her in untangling and exploring Julija’s situation and the relationships that hold her down, Kusijanovic finds a powerful narrative weapon in the ocean. Throughout the film, Kusijanovic strengthens the imagery of the ocean as a necessary aspect of Julija’s character. A talented swimmer and diver, Julija spends much of the film swimming or in a bathing suit, fresh out of the water. She goes swimming to detach whenever her family is overwhelming her, and it is what eventually provides her some sense of control over her life.

While the ocean does symbolize an escape for Julija, it is also representative of the obstacles that keep her shipwrecked in her family’s home. In many ways, the ocean’s grip on her is equatable to that of the men in her life, namely, her father — creating a complex and intriguing premise for Kusijanovic to work under. Ante capitalizes on her love for diving by routinely making her go spear fishing with him, an activity she says she “hates,” despite his claims otherwise. Further, the ocean is what threatens her life in the film’s last act, and when Ante forces a reluctant Julija to read a poem in front of a group of New York adults, it is a poem comparing the ocean to himself. Her father, like the ocean, is inescapable.

Kusijanovic also shows her flare for symbolism in other ways, such as her portrayal of the murina, or Mediterranean moray eel (which Julija and Ante hunt for), that she repeatedly uses to represent Julija herself. Perhaps most compelling, however, is Kusijanovic’s deep dive into Julija’s overwhelming restlessness. Through slow, lingering shots of a straight-faced Julija around her family, and through various displays of both Ante and Lena’s hypocrisy and emotional volatility, Kusijanovic creates a tense atmosphere for her audience, pushing Julija’s drive to escape beyond the screen. In the follow up to her critically acclaimed short film, the Croatian director shines yet again.