From Cannes: ‘Mothering Sunday’ is a Sensual Exploration of Love and Grieving 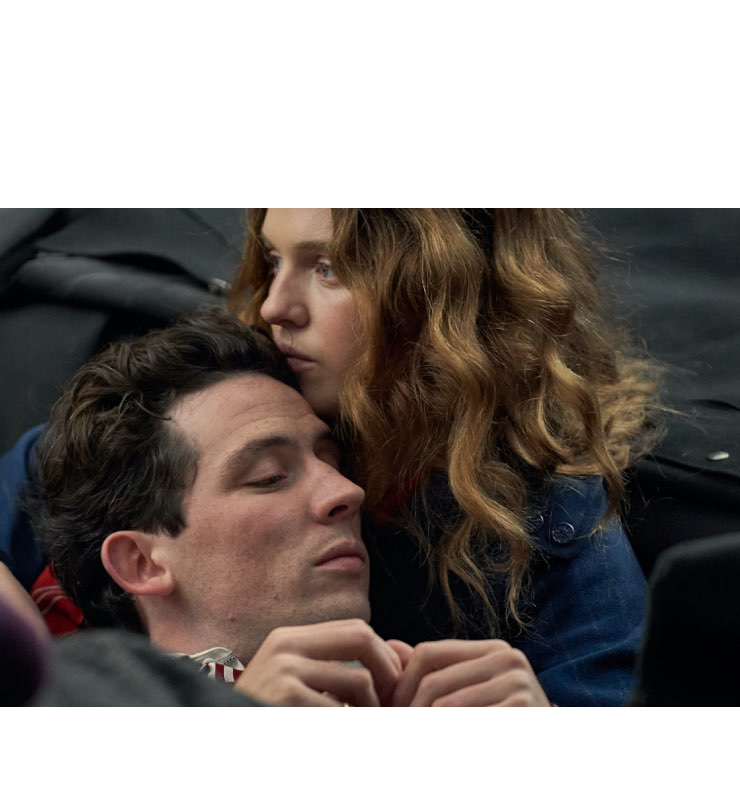 "When did you decide to become a writer?" academic philosopher Donald (Sope Dirisu) asks orphan, aspiring writer, and former maid Jane Fairchild as she struggles with writers’ block in Eva Husson’s film “Mothering Sunday.” Adapted from Graham Swift’s 2016 novel of the same name, the film follows Jane (Odessa Young) through three different stages of her eventual writing career, each woven together through lush flashbacks.

"Mothering Sunday" takes place in three different decades across the 20th century, reminiscent of the sensual slow burn of "Normal People" (both films shared the same screenwriter — Alice Birch), and also the charming scenery and British set design of classic Jane Austen adaptations. When we first meet Jane in the summer of 1924, she's a maid for the Nivens — a couple played by Olivia Colman and Colin Firth — one of three rich Berkshire families who have been longtime friends. Despite this, Jane’s true interests lie with the Sheringhams, whose son, Paul (Josh O’Connor), is the only surviving son of the wealthy family trio post-World War I. Paul is betrothed to Emma Hobday (Emma D’Arcy), the trio’s only other living child, but Paul’s affections are reserved instead for Jane, with whom he has an intoxicating affair.

The film follows Jane on Mother’s Day (or Mothering Sunday) in the summer of 1924. While Jane is given the day off to explore, Paul invites her over for a tryst. Bright summer sunlight gives the scene a vibrant, gauzy feel — an ethereal setting for the blossoming love between the two actors. Their relationship celebrates rich sensuality without concern for shame or censorship. As Jane aptly tells Paul, the tone captures more of “aching” than anything exploitative or cheap.

That day with Paul was the first of three stages in Jane’s life that answers why she decided to become a writer. It also seems to be the answer that Husson seems most interested in: Instead of building a clearer connection between the three different plotlines, Husson relegates the other two (one being her relationship with Donald) to the realm of haphazard coverage. In choosing to tell Jane’s life through a collage of memories across timelines, Husson's film often fumbles when the intertwining plot points aren’t as clear as they should be. And as a result, the resolution of these three stages of Jane's life feels awkward and unearned come the film's end.

Still, the film is so technically beautiful — filled to the brim with vibrant, lush imagery — that any temporal missteps do little do detract from the film’s many successes. As a critique of class, for example, “Mothering Sunday” provides a compelling view of the ways freedom and pleasure are often inextricably tied to status. For example, in a scene repeated throughout the film, Jane pretends to be the mistress of the Shermingham’s estate, walking around naked, perusing the bookshelves and eating their pie without a care in the world.

Above all, however, “Mothering Sunday” is a film about grief — both the ability and inability to mourn, and what it means for someone to mourn. By focusing on families sending sons to the war, the film explores grief not just on a collective scale, but also peers into how it affects individual families, individual relationships. Mrs. Niven, for example, is largely emotionless, almost catatonic, when it comes to her relationship with her husband and the other families — a far cry from the joyful and candid person Paul remembers from before the war. Emma and Milly (Patsy Ferran), Jane’s fellow maid at the Niven house too, are held up as case studies in grief, with both of the women being forced to mourn their soon-to-be-fiancés only as one could mourn a friend.

So concerned is the film with grief that Mrs. Niven even tells Jane to be grateful for her being an orphan, for being “totally bereaved from birth.” “You have nothing to lose and never shall,” she tells Jane during a particularly gripping performance from Coleman. Though, of course, the film soon proves through a series of tragedies that such an immunity to grief couldn’t be further from the truth.

And while Jane is told over and over (mainly by Donald) that immeasurable heartache is a prerequisite to becoming a great writer, audiences never get the chance to see that grief put into action as an ingredient for her prophesied greatness outside of short, incongruous flashes of an older Jane clicking away on a typewriter. Of course, showing a thorough writing process in the film would have been a bore for audiences, but it would have made the film so much more cohesive if viewers were shown even slightly more insight into Jane’s process as a writer, and how “total bereavement” was necessary for her. Husson would have made Jane's writing career significantly more believable, since as the film exists, Jane's writing feels more like a trope than a reflection of her character.

In its many triumphs, “Mothering Sunday” proves a strong next step for Husson as she continues to develop her career as a filmmaker.