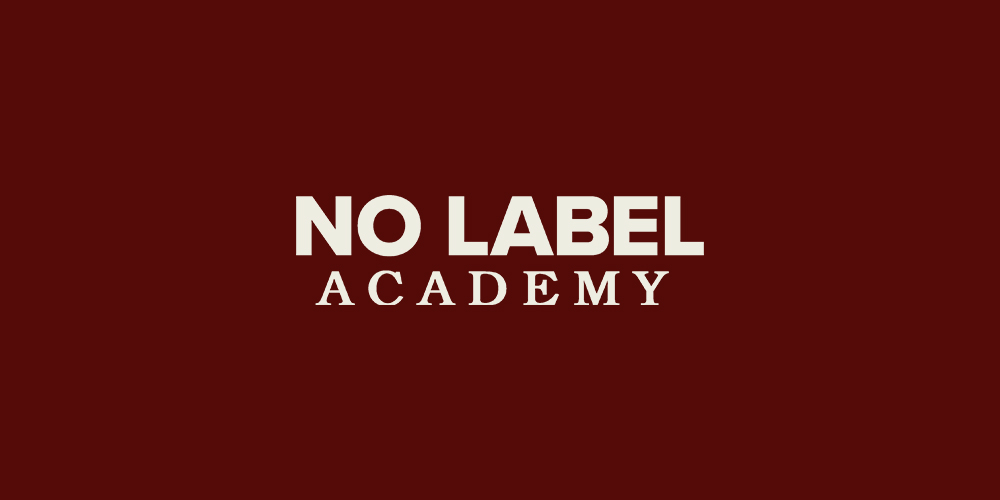 No Label Academy. By Courtesy of No Label
By Ryan S. Kim, Crimson Staff Writer

Applications for IDK’s No Label Academy went live in June. No musical or business experience is required, and students will be housed near campus during the course, which starts on Aug. 21.

IDK said that his 10-day seminar is targeting BIPOC individuals interested in pursuing careers in the music industry.

“This [course] is predominantly for people that wouldn't have gone to Harvard, per se,” the rapper said. “It’s for people who think that the idea of Harvard is impossible, just doing anything there and being on that campus is an attraction in itself.”

The seminar has attracted numerous sponsors — including Logitech, Jordan Brand, Guess, and Converse — as well as a course launch through the Nike SNKRS app.

No Label Academy is a continuation of IDK’s relationship with No Label Live, a 501(c)(3) registered non-profit founded by Harvard College students Marcelo Hanta-Davis ’20 and Miles Weddle ’20 in 2018.

Hanta-Davis and Weddle created No Label with the goal of using pop culture to promote education and address social issues.

“It largely started from a place of wanting to bring Harvard together, like finding a medium by which to bring students together regardless of race, socioeconomic status, etc.” Weddle said. “We realized that music is the one thing that brings everyone together.”

Since the inception of No Label, the organization has brought a plethora of notable industry figures to speak on campus, including Travis Scott, Saweetie, J.I.D., and Post Malone’s manager Dre London.

No Label team member and marketing strategist Marissa Joseph ’23 said that attending the Saweetie event in November 2019 as an audience member is what initially inspired her to get involved with the non-profit.

“For me, there wasn't a single club at Harvard that was doing the work that No Label was doing,” Joseph said. “As soon as I got the opportunity to join the team, I jumped on it.”

In February 2020, Hanta-Davis and Weddle invited IDK to the Smith Campus Center to speak about criminal justice reform as part of No Label’s “Uncut” speaker series.

Immediately after the February event, the three began to brainstorm what would eventually become No Label Academy.

“We got on a call together the next day after the event and started brainstorming more things that we could do together,” Hanta-Davis said. “The idea of doing a course at Harvard where we teach music business in an innovative way was something that piqued our interest.”

Hanta-Davis said that the 2020 summer Black Lives Matter movement protesting racial injustice and the murder of George Floyd by police informed the necessity of an idea like No Label Academy.

“What we wanted to do was to create an educational platform that allows for Black creators and people from underrepresented backgrounds to have the knowledge about things that are taboo to talk about such as mental health or hard to understand like financial literacy,” Hanta-Davis said.

“It's about giving people that baseline education so that they can have an equal seat at the table,” he added.

According to IDK, the global popular culture domination of hip-hop has paved the way for the existence of a program like No Label Academy.

“The way the industry is today is new,” he said. “The acceptance of rappers, specifically being able to partner with companies that have been around for ages, is a new concept. A lot of people were afraid of us just a few years ago.”

“This idea of rap in collaboration with academia would be crazy not to pursue because of how much influence rap music has today,” IDK added.

Led by IDK, Hanta-Davis and Weddle, the No Label team has worked to build the curriculum for No Label Academy since last year.

Will Diamond, the creative design lead for the team, said that IDK’s hands-on approach and industry connections helped establish No Label Academy as a brand.

“IDK understands the impact that a good branding can have,” Diamond said. “He has a lot of control over how he displays himself. I think that transfers into a really clear vision and that's something that he's really provided for us.”

The course aims to translate IDK’s professional background as a recording artist into actionable wisdom for prospective students, according to Weddle.

“We really approached this from the perspective of how we can leverage IDK’s personal experience as an artist to really build the foundation of what the curriculum looks like and then go out source experts who can add additional lenses,” Weddle said.

With the application process now underway, The No Label Academy team is searching for its inaugural class of students.

The application process comprises three rounds: an initial survey, a video essay, and a final round interview, according to Maddie Kelly ’20, who runs the process.

“Our ideal candidate is someone who has a real passion for the music industry and wants to make tangible changes within it,” Kelly said.

Over 700 applications were submitted in the first 24 hours following the launch.

After the first iteration of No Label Academy runs in August, IDK said he has plans to expand the mission statement of his 10-day seminar to all 50 states.

“I hope that the impact of the academy is to show people that the idea of music as a career is more realistic than what the world thinks it is today,” the rapper said.

According to Weddle, it is a running joke among the No Label team that they hope their organization becomes “the Coachella of education.”