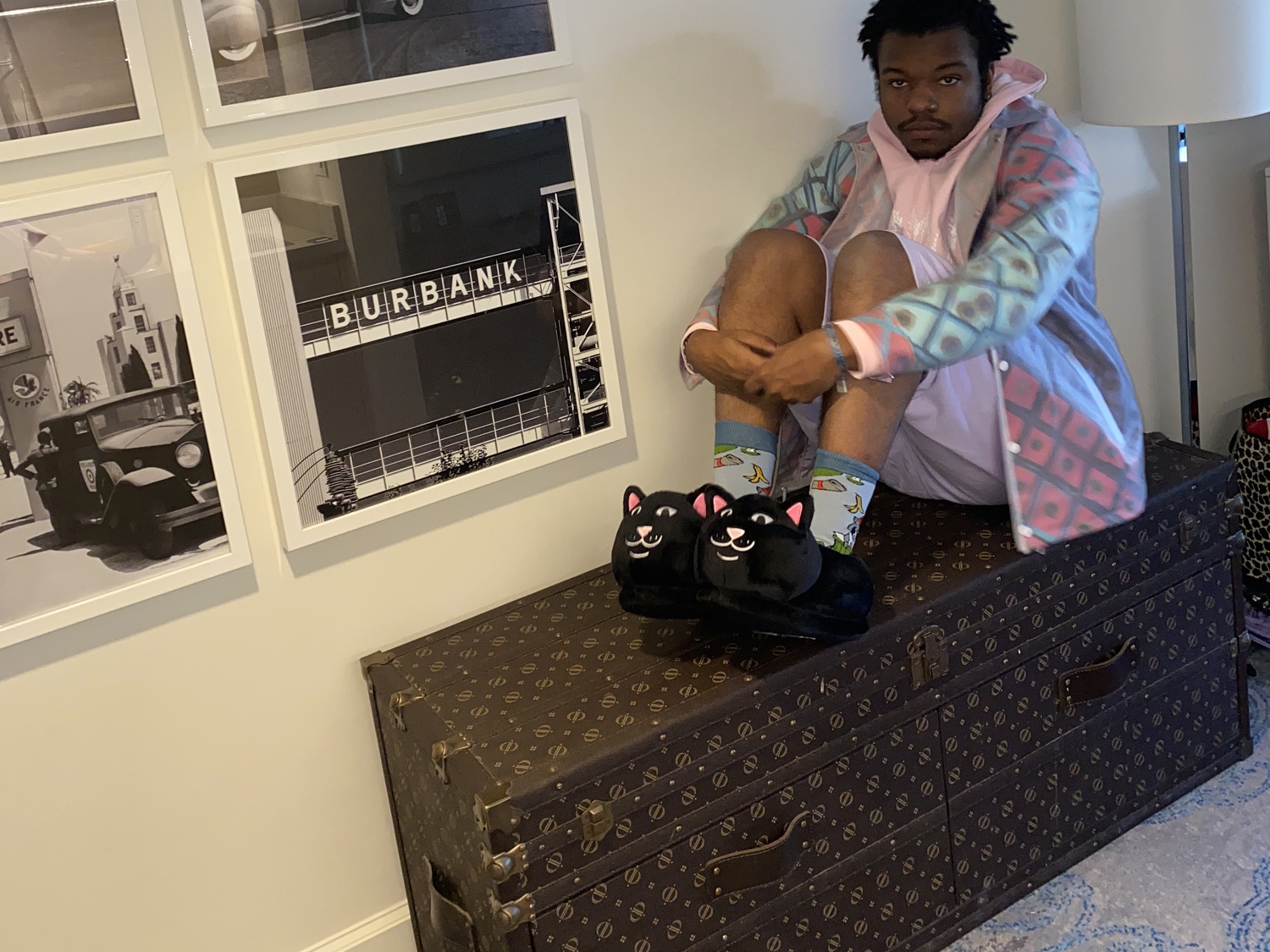 Following a brief contract with Blink-182 drummer Travis Barker’s label, 20-year-old Tampa Bay rapper 2Gaudy is in the midst of a rebrand as an independent artist.

Formerly known as 637godwin, the rapper released his first single “Letterman” under his new name 2Gaudy on Aug 13.

Under his old moniquer 637godwin, the rapper amassed over 25,000 followers on SoundCloud and 190,000 monthly listeners on Spotify with his distinctly melodic brand of rap influenced by the likes of Smino, Trippie Redd and the late Chicago rapper Juice WRLD.

“When I first heard Juice, I got super hooked on his style and the way that he would have lyrics that would either tug at your heartstrings or be really super clever with wordplay,” the rapper said. “That was something I found myself wanting to aspire to be.”

While in high school, the rapper committed to a career in music, teaching himself FL Studio on YouTube and taking a job at a bagel shop to pay for audio equipment. His original rap name was “Godwin” after his legal middle name.

“I learned enough to make songs that people could listen to, like pretty good quality,” he said. “Once I got to that point, it became about me wanting to elevate my lyricism to create songs that can uplift and make people happy.”

Over the last year, the rapper attributes his commercial success to migrating his music from SoundCloud to other streaming services.

“I started putting stuff on Spotify because the majority of my music is on SoundCloud and it doesn't really exactly reach a wider audience — a lot less people have SoundCloud on their phone,” 2Gaudy said.

“I wouldn't say that I've blown up yet though,” he added.

2Gaudy’s most popular song to date, “She Wants It,” written and released last year, has received over 1.3 million streams on SoundCloud and over 11 million plays on Spotify, bolstered by its appearance in several popular Fortnite gaming videos.

Early last year, the rapper’s music and impressive streaming numbers caught the eye of Travis Barker, who expressed interest in signing the rapper after finding him online.

During his introduction to the label, the rapper was informed following an investigation by Barker’s legal team that the name “637godwin” violated two different copyright claims on the three-number sequence “637” and the word “Godwin,” respectively.

“[The legal team] wanted to make sure that no one could come back later and say that I didn't have the rights to my name, also to cover themselves so they wouldn't get sued,” he said. “It turned out I couldn't use the name 637godwin.”

By the beginning of 2021, the combination of the copyright situation and the pandemic had significantly limited the rapper’s ability to collaborate with the label, according to 2Gaudy. The two parties subsequently decided to part ways, but the rapper said he is grateful to Barker and the label for the industry experience.

“They gave me back all my tracks, so I own the rights to my songs and my masters and they let me keep the advance money,” the rapper said. “I really can't complain, all of it is just a learning lesson.”

“To change my name after all this time kind of blows, but it is what it is,” he added.

2Gaudy used the advance money from the label to install a personal studio in his home.

However, the rapper said that the legal red tape associated with being a signed artist and his current copyright-fueled rebrand as 2Gaudy have delayed his release schedule over the last ten months.

“I have probably 300 songs that are unreleased in the vault,” he added. “When you're making content and putting it out, but getting no validation for it eventually over time you’re just like: ‘Why the fuck am I even doing this?’”

The rapper records in his personal studio every day.

While working with Barker’s label, 2Gaudy said that meeting his musical hero Trippie Redd was a personal moment of validation and inspiration that continues to inform his work ethic.

“I was with Travis at his studio and he just called up Trippie Redd and in 15 minutes he was there,” 2Gaudy said. “That blew my fucking mind. Because up until that point, Trippie Redd was the GOAT in my eyes.”

The pair collaborated on an unreleased single after meeting one another. During the studio session for the track, 2Gaudy says the most powerful advice he received from Redd was to “just be yourself.”

As an independent artist, the rapper is excited to leverage the freedom of being unsigned to release content on his own terms. Most importantly, 2Gaudy said that he wants to stay true to himself.

“Music is about more than a trendy song that pops up and takes the internet by storm for a meme,” he said. “What I’m aiming for is a cult following.”

Despite his undeniable commercial success, the rapper shared that he finds the most happiness in playing his music for other people, not making money.

“If I had to stay the same way I am right now financially and everything just to be able to reach more people, I would definitely, definitely do that,” 2Gaudy said.