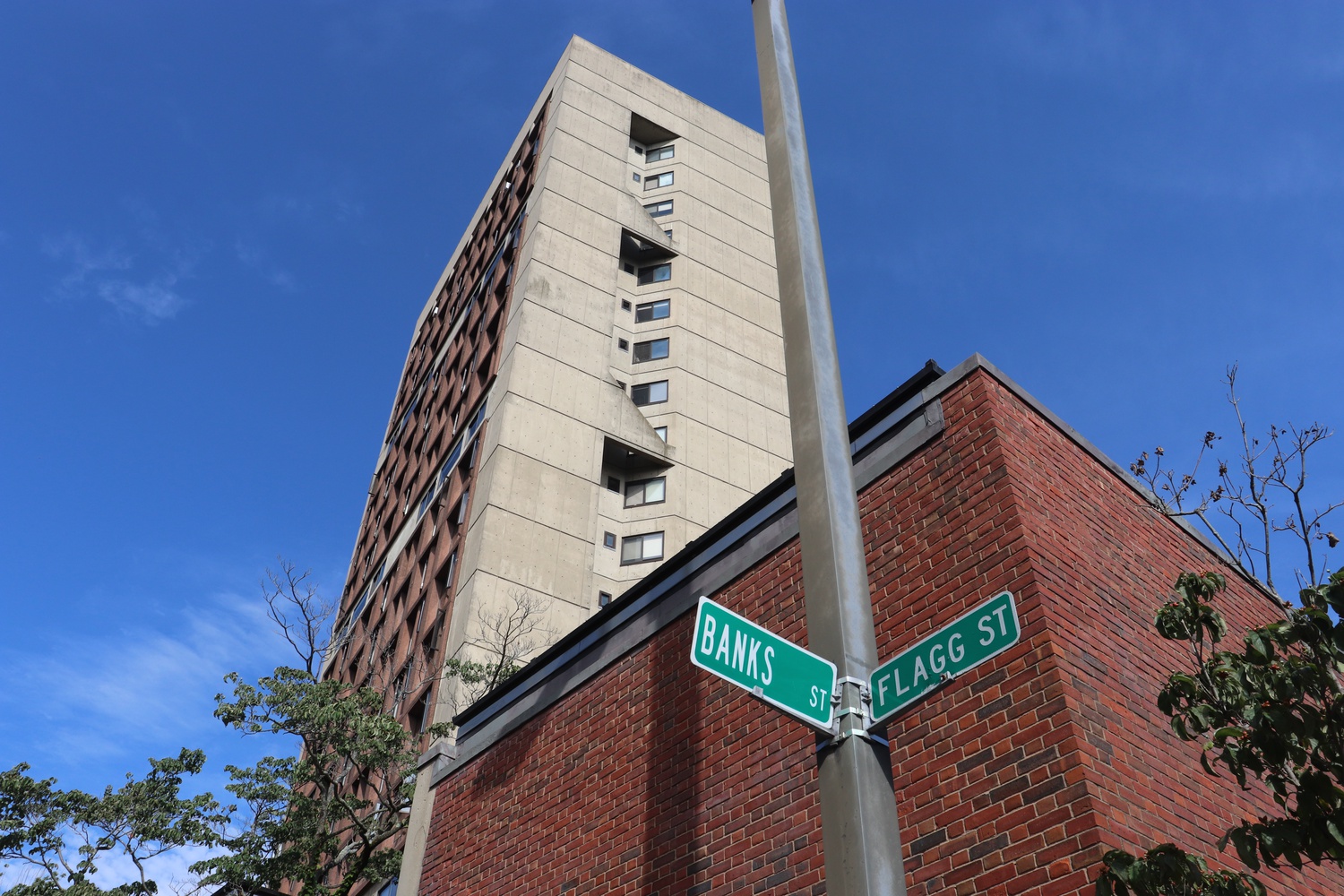 Three Harvard affiliates were assaulted in separate incidents in the past week. One assault took place on the corner of Flagg and Banks Streets, near Mather House. By Truong L. Nguyen
By Raquel Coronell Uribe, Crimson Staff Writer

Three Harvard affiliates were separately assaulted near Harvard Square in the past week, though none required medical attention, according to police.

The Cambridge Police Department is investigating the four incidents, which did not occur on Harvard property.

The four assaults occurred during the day and in the evening. They took place on the corner of Flagg and Banks Street near Mather House, on Kirkland St., at the intersection of Harvey Street and Westley Avenue north of campus, and on the corner of Beacon Street and Scott Street, near the Somerville-Cambridge border, according to CPD spokesperson Jeremy Warnick.

CPD has notified its officers stationed in Harvard Square of the incidents “to ensure enhanced attention is focused in the area,” Warnick wrote in an email.

In three of the four incidents, the perpetrator punched the victim without any verbal exchange. None of the victims knew the offender, and it is unclear if the same offender committed all four assaults, according to Harvard police.

In addition to the four reported assaults and batteries, an assailant stole the wallet of an Arlington, Mass. resident in his 40s early Monday morning on the corner of Eliot Street and JFK Street in Harvard Square. The victim later recovered his property and did not suffer any injuries, according to Warnick.

In his advisory, Catalano advised students to be aware of their surroundings, cautioning that Harvard’s “urban setting” presents the “crime and safety issues” that exist in many cities.

“Community members should be vigilant while walking throughout campus and surrounding areas both during the day and at night and to take the appropriate precautions, such as walking with others and utilizing walking escorts, taxi escort (Longwood campus), the shuttle bus and evening van service whenever possible,” he wrote.

Catalano advised affiliates to avoid dimly lit areas, talking on cell phones, listening to music, or walking too close to strangers when outside. They should head for an open store or building if they suspect they are being followed.