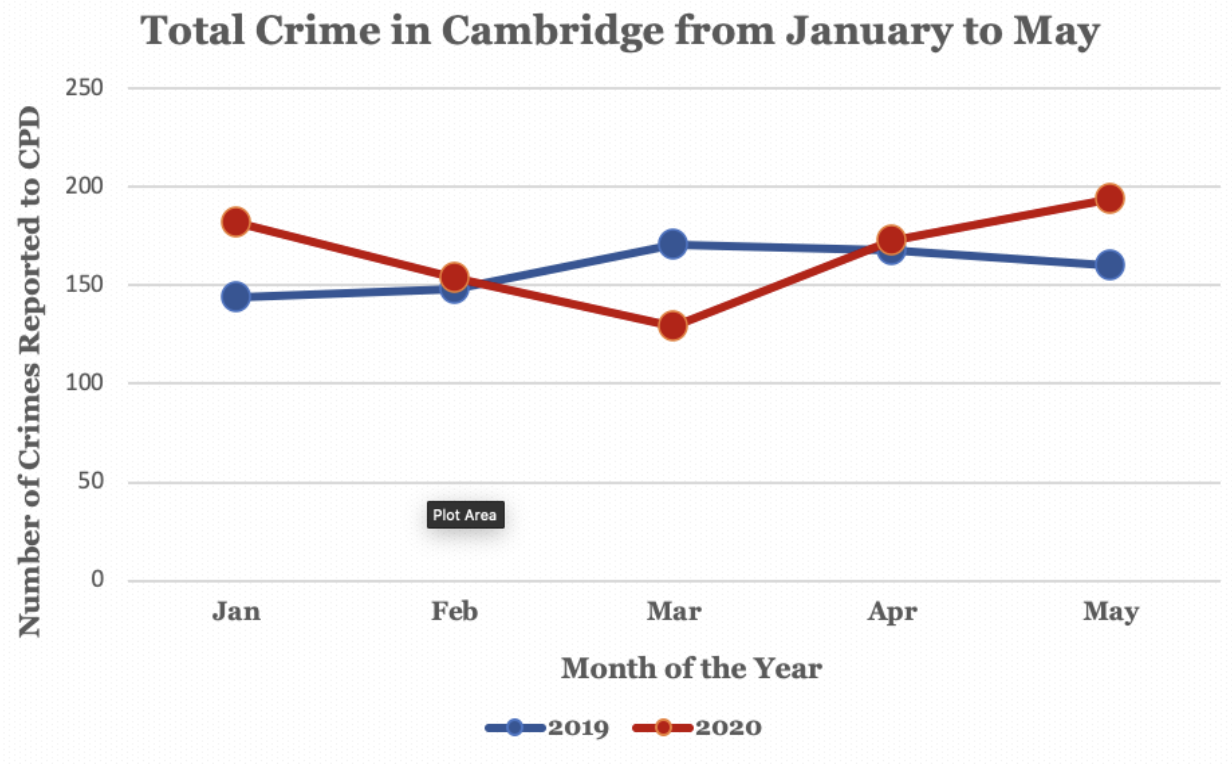 Crimes in Cambridge increased from April to May, per a monthly City report. By Charles Xu
By Charles Xu, Crimson Staff Writer

Cambridge police officers responded to nearly 200 incidents during the month of May, marking the highest monthly crime total of 2020, according to CPD’s monthly crime report.

Break-ins and thefts surged as the total number of crimes rose to 194 in May — a 12 percent increase compared to April, according to the report. While violent crime decreased by 24 percent, property crime increased by 17 percent.

Thieves targeted motor vehicles, residences, and bike racks in May. Compared to 2019, the number of reported thefts in those three categories have collectively increased by 45 percent in 2020.

According to the CPD report, the recent increase in reported crimes can be traced back to a few types of calls.

“The jump from three house breaks in April to 13 in May, the 24% increase in larcenies from motor vehicles, and the 20% surge in larceny of bicycles when compared with the previous month were the key indicators fueling this incline,” the report reads. “Larcenies from unlocked vehicles, thefts of packages, psychiatric-related calls, a wave of commercial burglaries, and a deluge of unemployment frauds are on the radar.”

After charting ten weeks of data since the outbreak of the COVID-19 pandemic, CPD wrote that it is “still too early” to determine the effects of social distancing guidelines and the recent stay-at-home advisory. In Cambridge alone, Health Department officials have confirmed more than 1,000 positive coronavirus cases.

Since late March, CPD has responded to the virus by transitioning several services to an over-the-phone format and deferring many calls to the Cambridge Fire Department and other first responders.