Grand Nationxl on Life as a Hip-Hop Collective 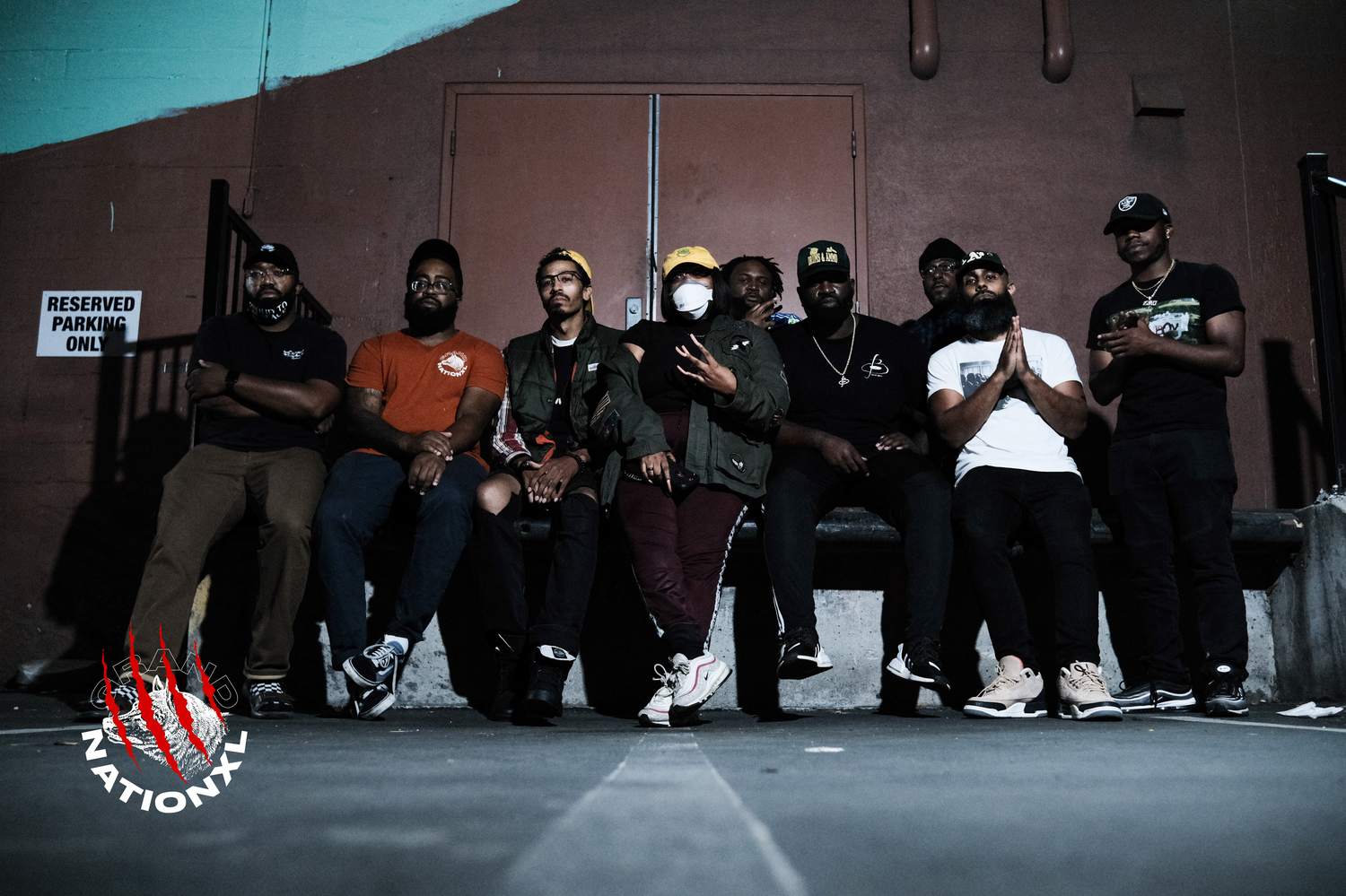 Grand Nationxl is a hip-hop and artist collective from the San Francisco Bay Area that intends to reshape music industry norms around empathy.

“Wellness is the genre,” said Grand Nationxl founder, rapper-producer Kevin Allen, in an interview with The Harvard Crimson. “Our collective is based on taking care of each other and building an ecosystem that comes before music and before the art.”

The group initially emerged from weekly recording sessions at Slapwagon Studios in Oakland, Calif. with Allen, Brookfield Duece, and Draper.

“We just started doing sessions together and it became a routine on Thursday nights,” Allen said. “I was thinking that I knew a lot of dope artists and they probably knew a lot of dope people, so it’d be dope if we all just made music.”

Although Grand Nationxl is a newly formed entity, Draper said that individual group members, like Allen, have played a pivotal role in the formation of the modern Bay Area rap scene.

“We've always been part of it and ingrained in it,” Draper said. “We just had to take a different route in order to do it together.”

During his time as Erk tha Jerk, Allen mentored Bay Area producer P-Lo whose collaborations with artists like The HBK Gang, ALLBLACK, and Offset Jim have set the tone for the Bay Area rap sound over the last several years.

Allen, Brookfield Duece, and Draper agreed that one of the greatest strengths of Grand Nationxl is the collective’s ability to leverage the past experiences of each member.

Following just a few weeks of recording at Slapwagon, Allen said that the group became official, recognizing the quality of music that they were able to produce together.

“The album started to form,” Allen said. “From there, the collective kind of took shape and was born. We realized we needed merch and something to sell. We can't just talk over beats all day.”

The teamwork and power of shared knowledge that helped unite the group immediately became one of its strongest selling points, according to Grand Nationxl marketing consultant Danielle Allen.

“Bringing everybody together in this opened our eyes to the idea that a label isn't enough,” she said. “You get in there, and it's not necessarily what you expected it to be.”

“Us being together and having each other to lean on, prevents us from falling into traps and equips us to know how to move forward,” Allen added.

After coming up with several dozen potential group names, the nascent collective settled on the moniquer Grand Nationxl, a reference to the Buick Grand National sports car that was popular in the Bay Area in the late 1980s.

According to Brookfield Duece, the car was a less expensive alternative to luxury sports car brands like Corvette, but owning one was seen as a status symbol in the Bay Area.

“It’s supercharged with a lot of horsepower for a car out of stock,” Brookfield Duece said. “Everyone in the hood bought one. It was a really fancy car for someone just living at home with their mom or just still being in the hood.”

In June 2020, the group released their first album “Twice on Sunday Season 01,” debuting at #3 on the Apple Music Hip-Hop charts. In the latter half of 2020, Grand Nationxal released six more projects, three of which broke into the top 10 on the Apple Music chart.

Draper said that the team-player attitude among Grand Nationxl members and the ability to check egos at the door has been a key to their success.

“If you look at the most successful albums over the last 20 years and go read the liner notes, there's 40 people on there,” Draper said.

“Brockhampton, Griselda, Dreamville — look at who is having the most success,” he added. “It's crews like us.”