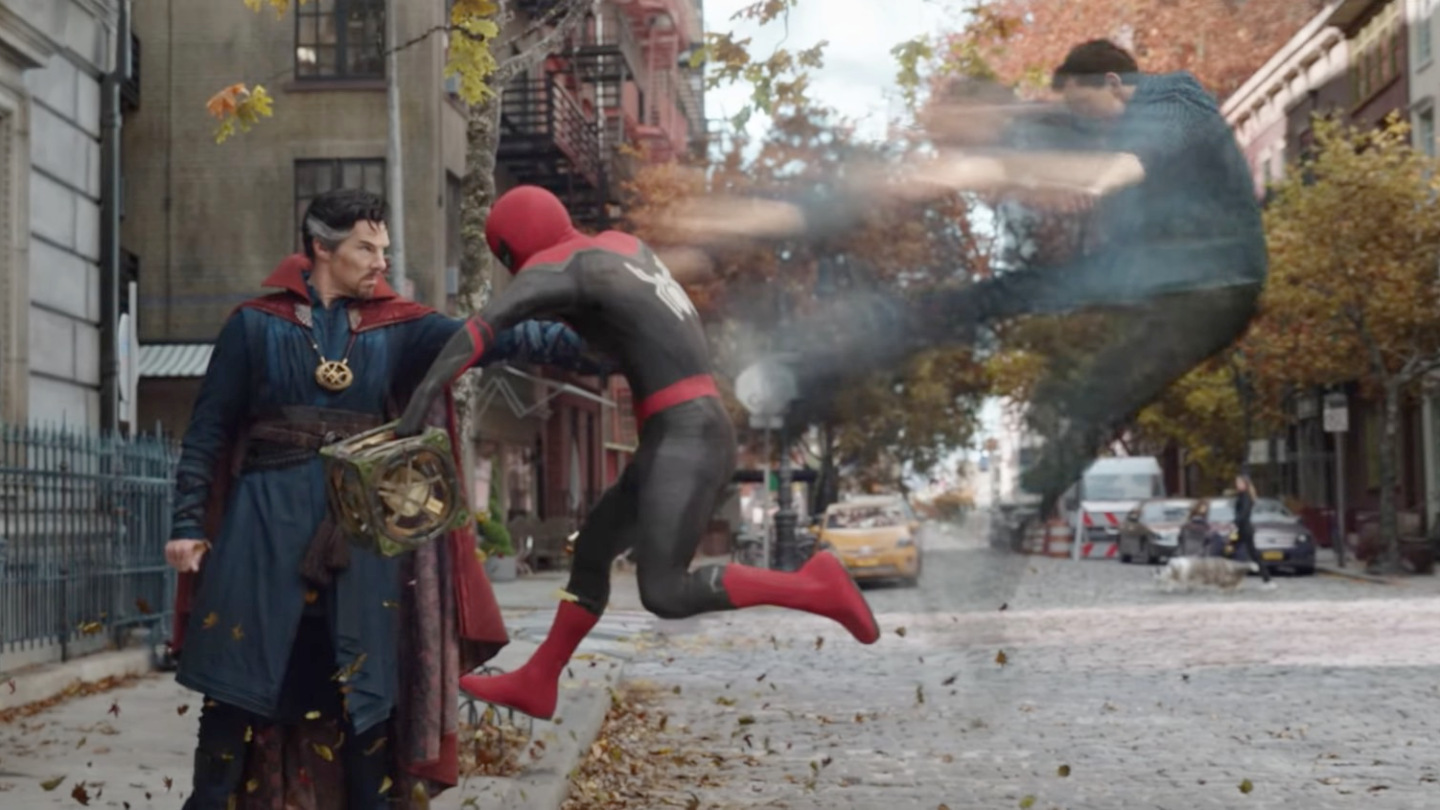 Perhaps the most anticipated upcoming release from the Marvel Cinematic Universe is Jon Watts’s “Spider-Man: No Way Home.” Its long-awaited trailer has been described as “the Holy Grail” of trailers, and so far, it’s living up to the hype. The thrilling teaser is the most watched movie trailer in history, garnering a staggering 355.5 million views in 24 hours — beating out “Avengers: Endgame” by almost 70 million views.

The three minute trailer clearly establishes what will kick off the plot: Peter Parker (Tom Holland) struggling to deal with the aftermath of the cliffhanger ending of “Spider-Man: Far From Home.” His secret identity has been revealed, and he’s been framed for the death of the villain Mysterio (Jake Gyllenhaal). Any chance at a normal high school life has been lost. Peter seeks out none other than the sorcerer Dr. Strange (Benedict Cumberbatch), and asks him to cast a risky spell that would make the world forget his identity as Spider-Man. The spell seemingly goes wrong, and chaos ensues.

In the tangled web of countless MCU characters and crossovers, it would be easy to lose sight of what makes Peter Parker such a well-loved character. Superpowers aside, he’s just a high school kid who wants to prove himself, fit in, and lead a normal life. Seeing this intimate, relatable side of the character has been one of the most satisfying aspects of Peter’s earlier appearances. Thankfully, this new trailer reassures viewers that the new film has not forgotten this. It shows Peter falling through the warped fabric of reality and moving through a crowded high school hallway, fighting supervillains and FaceTiming his girlfriend, MJ (Zendaya). This trailer promises not only a stunning spectacle, but a character arc for Peter as he reconciles the two sides of his life.

The Spider-Man character has had an interesting history in films. Prior to the character’s inclusion in the MCU, there were two distinct Spider-Man franchises, both produced by Sony. Now, Disney and Sony share the rights to the character. With the MCU’s recent introduction of a multiverse, fans are eagerly anticipating crossovers between these different franchises. And the trailer does not disappoint: its very end teases multiple villains from the Sony Spider-Man films, like the Green Goblin (Willem Dafoe) and Doc Ock (Alfred Molina), both of whom Tobey Maguire’s Spider-Man faced off against. For fans who first watched the Sony Spider-Man films almost two decades ago, the return of these characters is a thrilling twist.

The return of these villains raises the biggest question surrounding “No Way Home.” Will actors Tobey Maguire and Andrew Garfield reprise their respective roles as Spider-Man from the earlier Sony films? Many people involved with the production have denied their involvement (including the actors themselves), and there is no sign of them in the trailer. With that being said, fans desperately want to see three live-action Spider-Men on screen together. How else could villains from all these different franchises be defeated? While this trailer keeps us in suspense, it guarantees that come December, Spider-Man fans will be in for a truly spectacular cinematic experience.

“Spider-Man: No Way Home” is set to be released exclusively in theaters on Dec. 17, 2021. You can watch the trailer here.

—Staff writer Sam F. Dvorak can be reached at sam.dvorak@thecrimson.com.