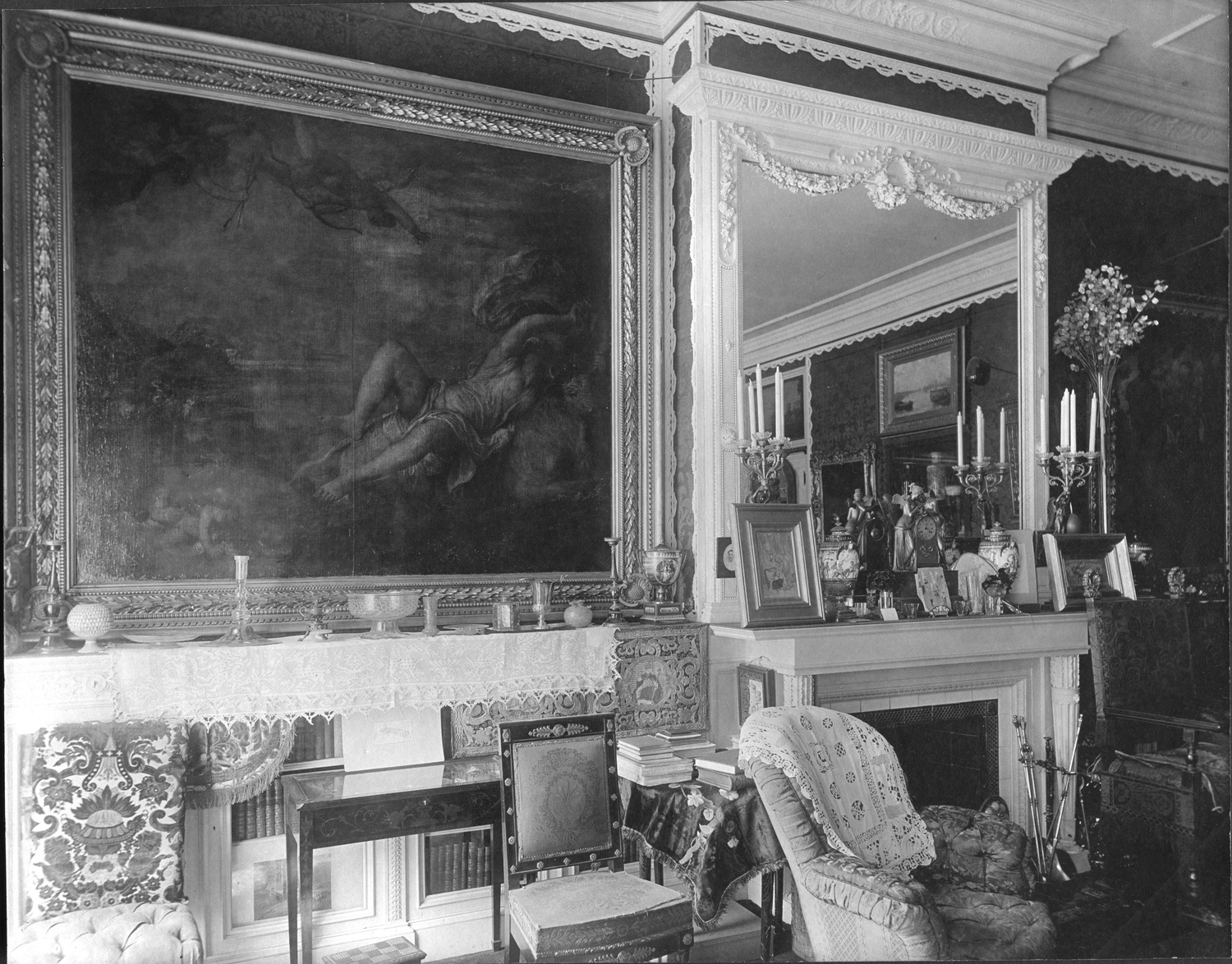 On Sep. 3, the line to get into the Hostetter Gallery to see the new “Titian: Women, Myth, & Power” exhibition at the Isabella Stewart Gardner Museum spanned the entire length of the hallway. The wait, however, was undoubtedly worth it.

The exhibition, which opened on Aug. 12, features a series of works that Titian, the famed painter of the Venetian Renaissance, created for King Philip II of Spain between 1551 and 1562. The stars of the show are the six poesie, which depict scenes from classical antiquity that grapple with gender, power, and sexual violence. This the first time in over four centuries that these six paintings have been reunited in one room, a task that involved the cooperation of museums and galleries around the world.

“What I wanted to do with this installation was to try to recreate the experience that Philip would have had in being surrounded by these six canvases that Titian meant to be seen together,” said Nathaniel E. Silver, the Gardner Museum’s William and Lia Poorvu Curator of the Collection. “While we couldn't replicate or imitate the architectural experience of that room, we could recreate the immersive experience of surrounding yourself with these canvases.”

One canvas is receiving more attention than the others. “The Rape of Europa,” purchased by Isabella Stewart Gardner herself in 1896, has always been a beloved part of the museum’s collection. But for the first time, the painting was comprehensively cleaned in preparation for this exhibition. Now, viewers can experience the true, restored vibrance of Titian’s colors and composition.

“It’s one of the most important Renaissance paintings in the United States,” Silver said. When asked if he had a favorite of the poesie, he fondly replied, “Oh, it's definitely our 'Europa' for several reasons… It’s in the best condition of any of the paintings, and it really was for us the jumping off point for this exhibition.”

Silver also noted how “Europa” embodies the issues that are central to the exhibition.

“That painting alone raises the questions of gender, power, and sexual violence that we felt were extremely relevant to address today, and that we hoped to encourage viewers to contemplate,” he said.

The presence of these themes in Titian’s 16th century paintings is a striking reminder that many of the social issues we navigate today have deep roots in our history.

The recent passing of the Texas anti-abortion law, Senate Bill 8, and the consequent rise in conversations about women’s rights to their own bodies brings an added significance to the paintings in the exhibition that portray the consequences of sexual violence. For instance, the painting “Diana and Callisto” shows the moment in which the nymph Callisto is discovered to be pregnant after having been raped by Jupiter. Rather than offer support, Diana and the other nymphs shame her, tearing off her clothes and blaming her for the destruction of her honor.

The serious and sensitive subjects of Titian’s paintings provoked deep contemplation among viewers.

“Well, it’s powerful to see amazing art,” Marie Enochty, a visitor, said. “But the subject matter leaves a bit of a question in my mind, because of the myths of rape. Women are portrayed in a way that's different than what one would think about in this time and age.”

“There’s that very thin line between romance and rape and beauty and destruction,” Laurie O. Curtis, another visitor to the exhibition, said. “I mean, it’s very complex, it’s hard to look at some of them.”

Visitors also expressed an appreciation for the wall labels that accompanied each piece and aided in their comprehension of Titian’s work. “They did such a good job of condensing the amount of words that they could only fit on this little tiny paper to get you to think about the story and draw you into the painting,” Curtis said. “That was really well done.”

One label offered an explanation of the painting’s historical context, while another provided a personal “Reconsidering Titian Today” response from various artists, scholars, and community members. These insights helped tie themes from the 16th century to the 21st, offering unique and enriching perspectives as well as making the interpretation of art accessible to visitors from all walks of life.

In addition to the six poesie, the gallery includes portraits of Philip and his wife Queen Mary Tudor, documentation of “The Rape of Europa’s” restoration, letters discussing Gardner’s purchase of “Europa," and artworks inspired by “Europa.” The museum also commissioned two new interdisciplinary responses to Titian’s work by contemporary artists: a short film called “The Rape of Europa," created by Mary Reid Kelley and Patrick Kelley, and a powerful image on the museum’s street facing Anne H. Fitzpatrick Façade called “Body Language” by Barbara Kruger.

“You know, a lot of artists in history have celebrated Titian as a great painter,” Silver said. “But this particular group of paintings are central to the experience and the formation of some of the most important painters in Western European art history.”