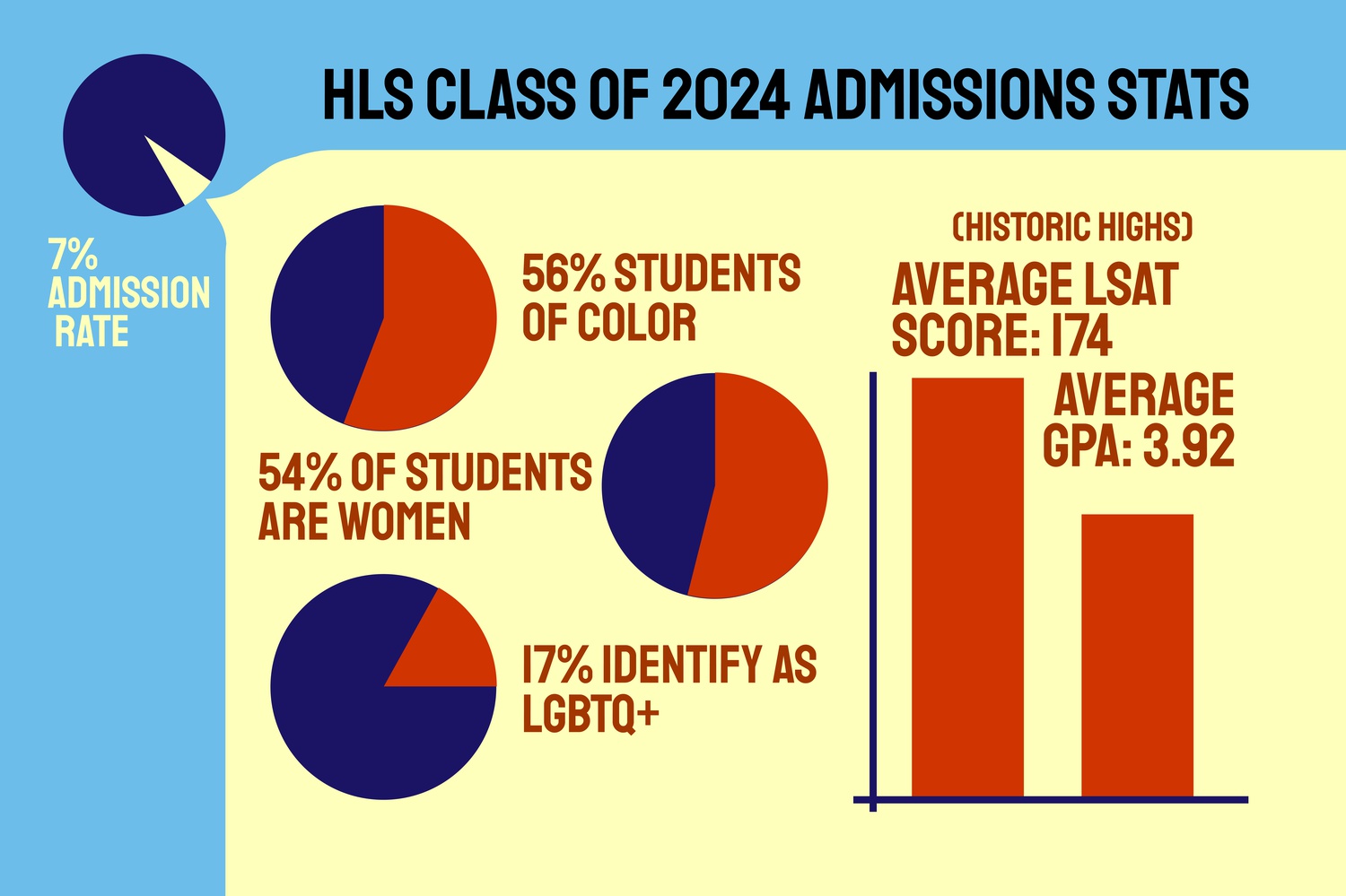 The Harvard Law School Class of 2024 is the most diverse in the school’s history, HLS announced Friday.

Fifty-six percent of current first-year Harvard Law students identify as people of color, and 54 percent identify as women, according to a press release published by the school.

Kristi Jobson ’06, assistant dean for admissions at Harvard Law School, said the entire school will benefit from the diversity of the class.

“Our entering students represent an incredible diversity of backgrounds and life experiences, adding to the richness and depth of our campus community,” Jobson said in the press release.

Law student Faith A. Jackson ’16, who serves as co-president of the Law Student Council, said she is “very excited” that the school is admitting “more and more diverse classes.”

Though Jackson said she believes it is important that America’s lawyers be diverse, she said she thinks the Law School should focus more on attracting a globally diverse student body.

“With a school that has found a lot of resources from the globe and produces leaders of the globe, I think it’s only fair that it reflects the globe, and I’m excited for us to get closer and closer to doing that,” Jackson said.

While Harvard Law applauded the diversity of its incoming class in the press release, it has long faced criticism among student activists for what they argue is insufficient course and faculty diversity.

Like peer institutions, Harvard Law School witnessed an upsurge in applicants this year. It accepted 6.9 percent of roughly 10,000 applications, according to the press release.

Current first-years at Harvard Law come from an array of professional backgrounds. Before arriving in Cambridge, they were educators, performers, writers, political campaign managers, and athletic coaches.

A previous version of this article misstated the class year of Faith A. Jackson ’16.