Though students were excited to return to Harvard’s dorms this fall, upon their arrival some found unwelcome guests, including insects and mushrooms, and crumbling infrastructure in their rooms.
By Hannah J. Martinez and Vivian Zhao 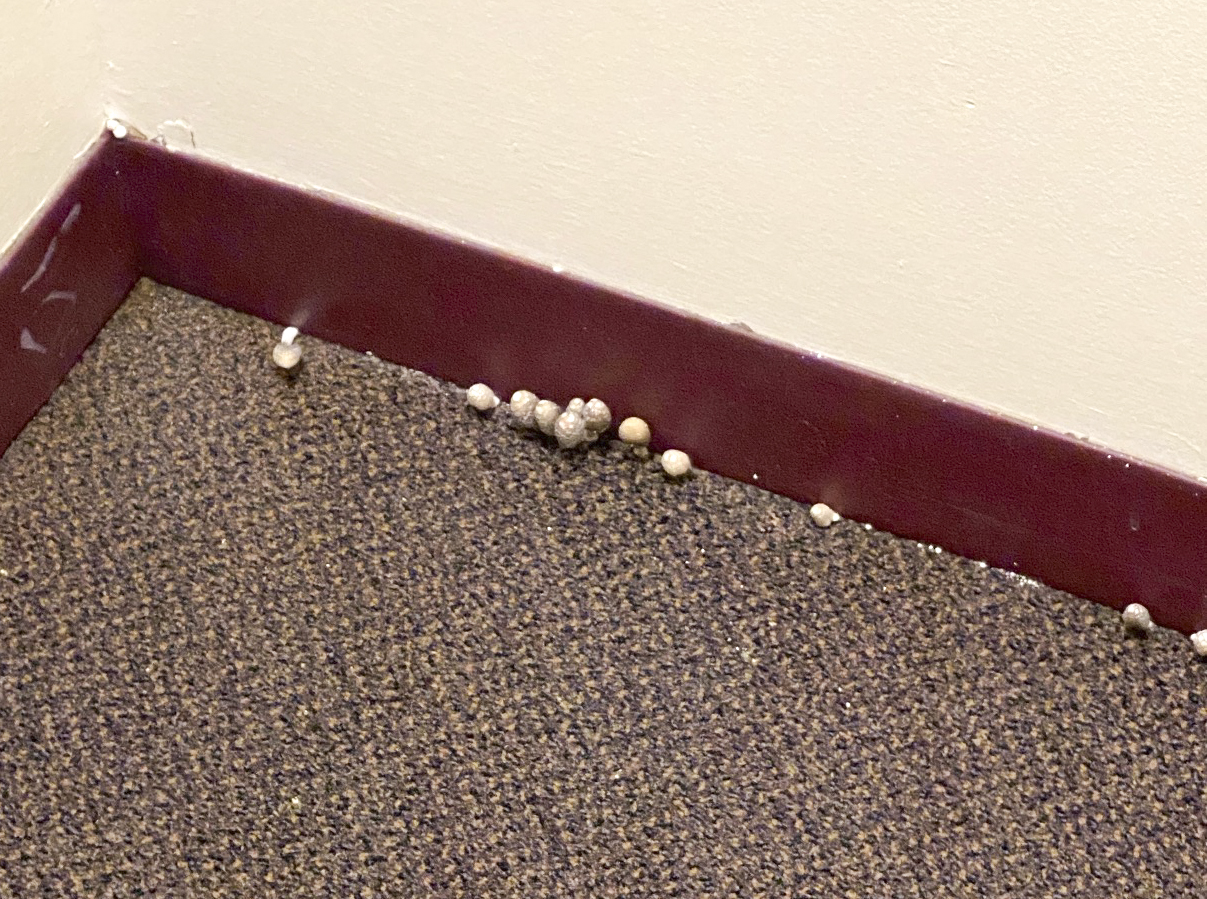 Desiree A. Rickett ’24, who lives in Mather’s low-rise building, said she and her roommates discovered mushrooms growing in their carpeted common room at the start of the semester. By Courtesy of Desiree A. Rickett

Though students were excited to return to Harvard’s dorms this fall, upon their arrival some found unwelcome guests, including insects and mushrooms, and crumbling infrastructure in their rooms.

Five undergraduates told The Crimson that they encountered cockroaches, bedbugs, moths, mushrooms, or decrepit walls and ceilings in their rooms during their first weeks back on campus after many dorms sat empty for 18 months.

Eliot House resident Yana O. Hubyak ’24 said that she and her roommates discovered six cockroaches throughout their suite, including “three alive ones and three dead ones.”

“I’ll be honest, considering how much money Eliot has, I felt like it was a little outrageous that we had this many cockroaches,” Hubyak said. “We were told to just get roach traps.”

Dane also wrote that the College’s focus on protecting students’ health during the pandemic has lengthened its response time to routine dorm complaints.

“Given the unprecedented logistical challenges associated with implementing new COVID safety measures while returning to a full campus occupancy, response time to some maintenance requests may be longer, particularly at the start of the semester,” Dane wrote. “We ask students for both patience and understanding as building managers work to resolve these issues.” 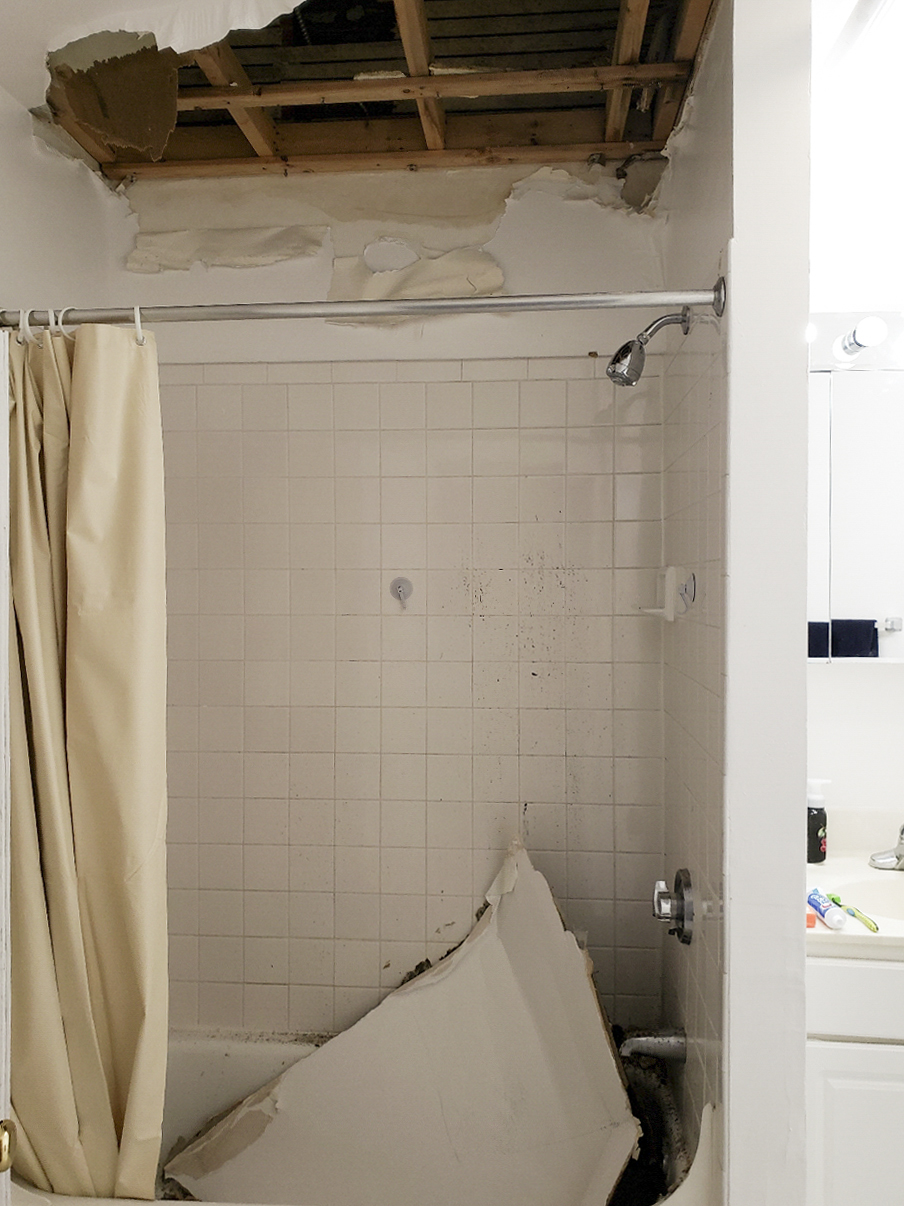 Desiree A. Rickett ’24, who lives in Mather’s low-rise building, said she and her roommates discovered mushrooms growing in their carpeted common room at the start of the semester.

Rickett said she observed a large puddle on the carpet when she moved into the suite. Subsequently, in the same spot of the carpet, her suitemates noticed mushrooms growing, which first appeared white and soon darkened.

Rickett said Mather’s building manager addressed the issue by “cutting a hole in the wall, and putting a bucket there, and then putting a fan there.”

Eventually, Harvard maintenance staff patched up the hole in the wall, which stopped the mushrooms from growing; however, the water stain remains.

“I was just worried about them multiplying at a rapid speed,” Rickett said. “I’ve heard there’s health concerns when you have mushrooms in your suite.”

West of the mushrooms, in Kirkland House, Crystal Wang ’23 said her suite was afflicted with a moth infestation.

“There were maybe, at one time, twenty moths in one night,” Wang said. “Every time my roommates were inside we were killing moths here and there, while we’re trying to do our work.”

Wang and her roommates successfully resolved their moth problem by limiting sources of light, thoroughly cleaning their suite, and buying pheromone traps. 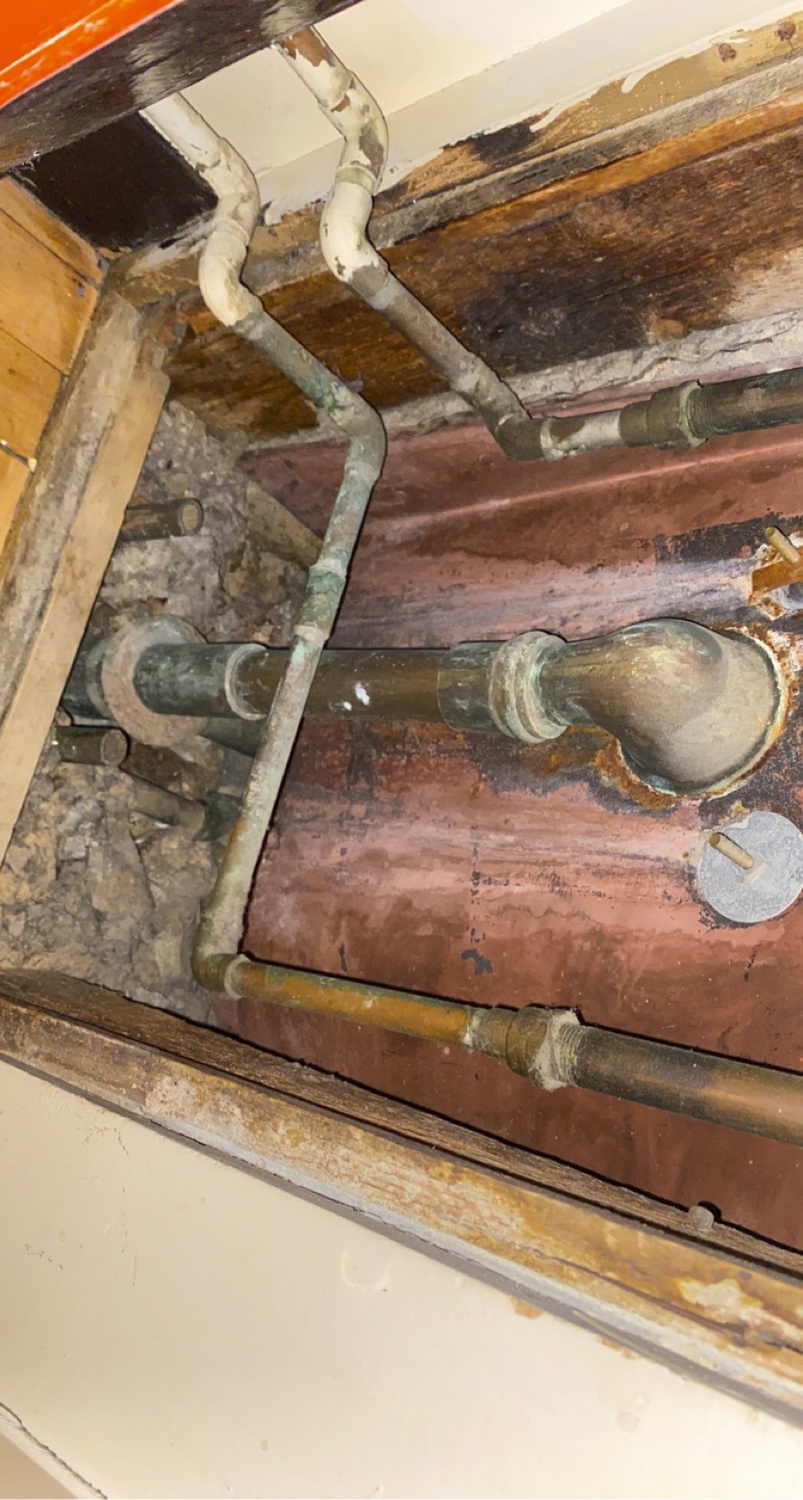 Still, Wang said she no longer feels comfortable in her room.

“I used to love studying in the common room,” Wang said. “But with the moth issue, all my roommates are never there, and every time I go back to my room it’s just to sleep.”

Markus I. Anzaldua-Campos ’24, a Kirkland resident and a Crimson Editorial editor, said there is a big hole in his closet wall where one can see “a lot of piping.”

“I just went ahead and covered it with one of my cardboard boxes,” Anzaldua-Campos said, adding that it “hasn’t been much of a bother.”

“A massive chunk of the ceiling was in the bathtub,” he said.

Fonseca Castro said he and his roommate reported the problem, but help did not arrive until four days later.

“We showered with the hole over our heads. It was scary, because you don’t know if it’s done falling,” he said. “You have no clue if more stuff is going to come down.”