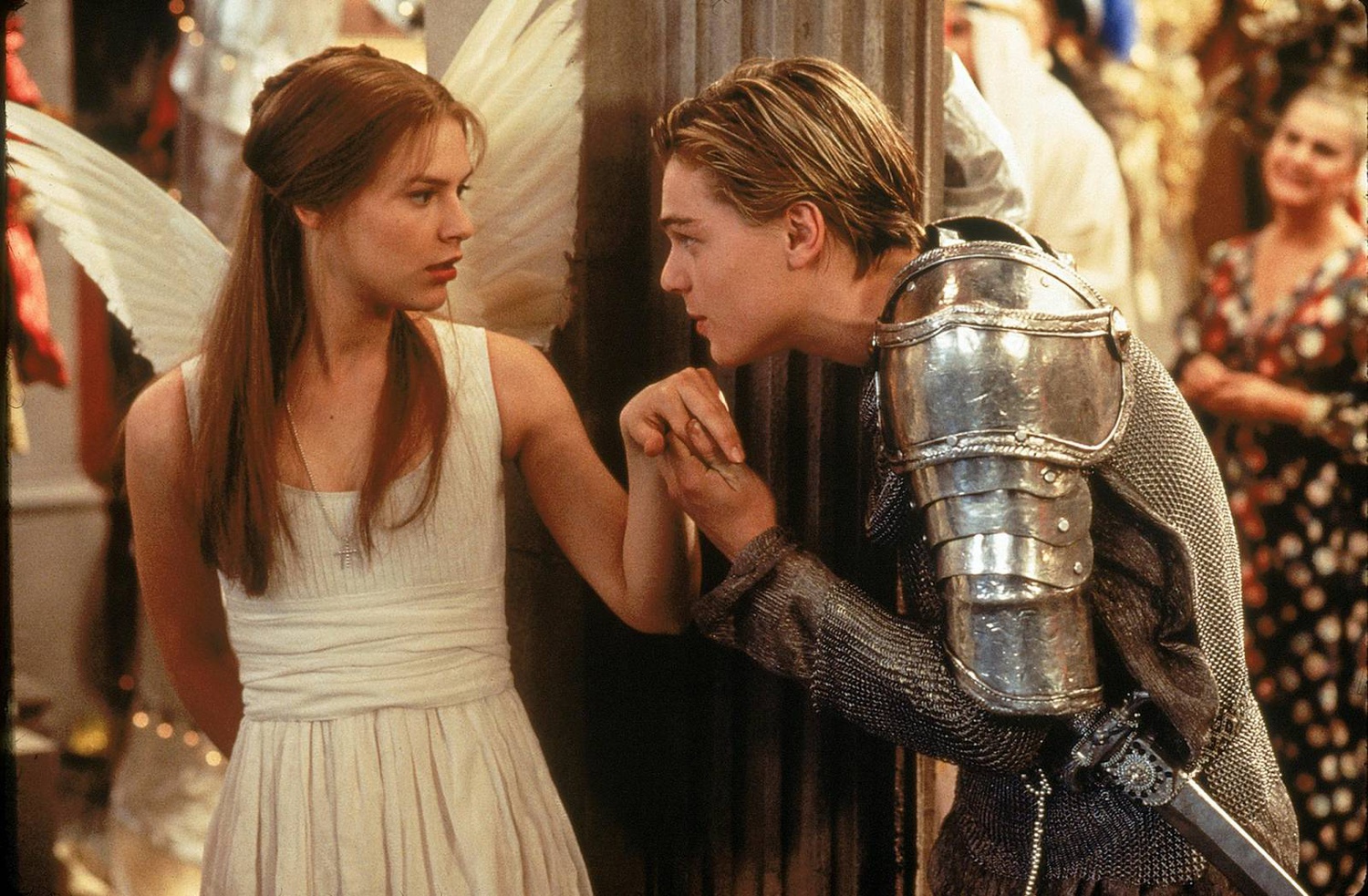 In Baz Luhrmann’s “Romeo + Juliet,” Romeo is in Verona Beach — perhaps ensnared in a fiery gas station gunfight, playing billiards in a deteriorating warehouse, or speeding with the Capulet cousins in a silver 1976 Chrysler New Yorker Brougham convertible. Luhrmann, the famed Australian director whose work spans film, operas, and television, is known for his bold and inventive style, with works such as “Moulin Rouge!” and “The Great Gatsby.” 25 years ago, with Venice-beach style iconography and a soundtrack featuring Radiohead, Luhrmann ventured to create a timeless reinvention of Shakespeare’s classic tragedy. Although his unabashed and reckless style occasionally clouds the purity of the original play, Luhrmann’s work has stood the test of time as a blazing, brilliant and vibrant love story whose actors and scenery bring the script to life.

For a film that attempts to reframe the way we see "Romeo and Juliet," it certainly doesn’t rewrite a single word. In fact, except for a few small modifications to the original characters, Luhrmann stays completely true to Shakespeare's script. He switches a few characters between the Montague and Capulet families, and Lord and Lady Montague and Capulet are given first names, which they didn’t have in the original play.

However, the integrity of the dialogue is maintained, with Luhrmann retaining the style of late 16th century English against a modern setting. Leonardo DiCaprio and Claire Danes, a charmingly innocent and devastatingly youthful Romeo and Juliet, give a masterful delivery of the language. They were both young and (relatively) inexperienced actors at the time, yet in an interesting way, their youth only strengthens the film. The story of Romeo and Juliet is a story of inexperienced, desperate, naive yearning. Danes’ quiet –– and at times unassured –– delivery hammers home the “teenage love” motif.

At times, the contrast of modernity with the film’s insistence on the original script is off-putting and even jarring. In the opening scenes, the shirtless and crude Montague boys feud with the slick Capulet gang in cowboy boots as “Pretty Piece of Flesh” by One Inch Punch blares in the background. When they open their mouths to speak and Shakespeare pours out, it almost feels forced. For a “reinvention” film adaptation, there isn’t really a way around this initial feeling –– a Shakespeare film cannot really be a Shakespeare film without Shakespeare's script.

Although Luhrmann doesn’t rewrite the words, he reinvents the characters who deliver them. Among the most memorable is his interpretation of Mercutio, played by Harold Perrineau. Mercutio’s introduction into the film is audacious, memorable, and loud, set to the horns blaring in “Young Hearts Run Free.” He blazes onto the scene –– an abandoned beachfront amusement park –– in a bright red convertible with a license plate to match: “MERCUTIO.” Laughing, almost screaming, he swipes his red lipstick before exiting the car in glittering heels, a silvery two-piece outfit, and a wig to match.

Perrineau’s Mercutio is one of the most prominent characters in the film, and especially today, even more so than in 1996, his importance cannot be understated. Shakespeare is here to stay. Nearly every student will interact with an aspect of his work in some way; however, Shakespeare can all too easily become a homogenous sea of white faces. This is why the relative diversity in Luhrmann’s adaptation is so notable. “Romeo and Juliet” is a common introductory Shakespeare work for middle and high school students, and teachers often show a movie in an attempt to make the script more accessible. Lurhmann’s “Romeo + Juliet” not only makes it more accessible through the modern setting and iconography, but through casting choices –– especially reimagining Mercutio’s character as a Black, queer man.

Of course, as Luhrmann does, there are points in the movie when he takes his reinvention a little too far. One scene that comes to mind is the first introduction to Lady Capulet, who arrives on screen screaming “JULIET!” over and over again as the camera cuts and shifts wildly to different shots of the Capulet mansion. This could be seen as engaging, but is actually more dizzying and overwhelming.

There are other moments, however, where Luhrmann’s imagination adds beauty and originality even beyond Shakespeare’s original words. The iconic fish tank scene, where Romeo and Juliet see each other for the first time, is wordless, yet perfectly encapsulates the young, endearing, “love-at-first-sight” theme for which the story is known and loved. In this way, Luhrmann brings Shakespeare to life even beyond his words, proving yet again that his adaptation is the perfect one for the modern day.

In another 25 years, Shakespeare’s “Romeo and Juliet” will undoubtedly still be read by millions of students across the world. It is likely that Luhrmann’s “Romeo + Juliet” will follow suit as a timeless film that uses blazing guns, the shorelines of a mystical beachfront, and a young Leonardo DiCaprio to keep the story relevant in the present day.

—Staff writer Anya B. Cheng can be reached at anya.cheng@thecrimon.com.