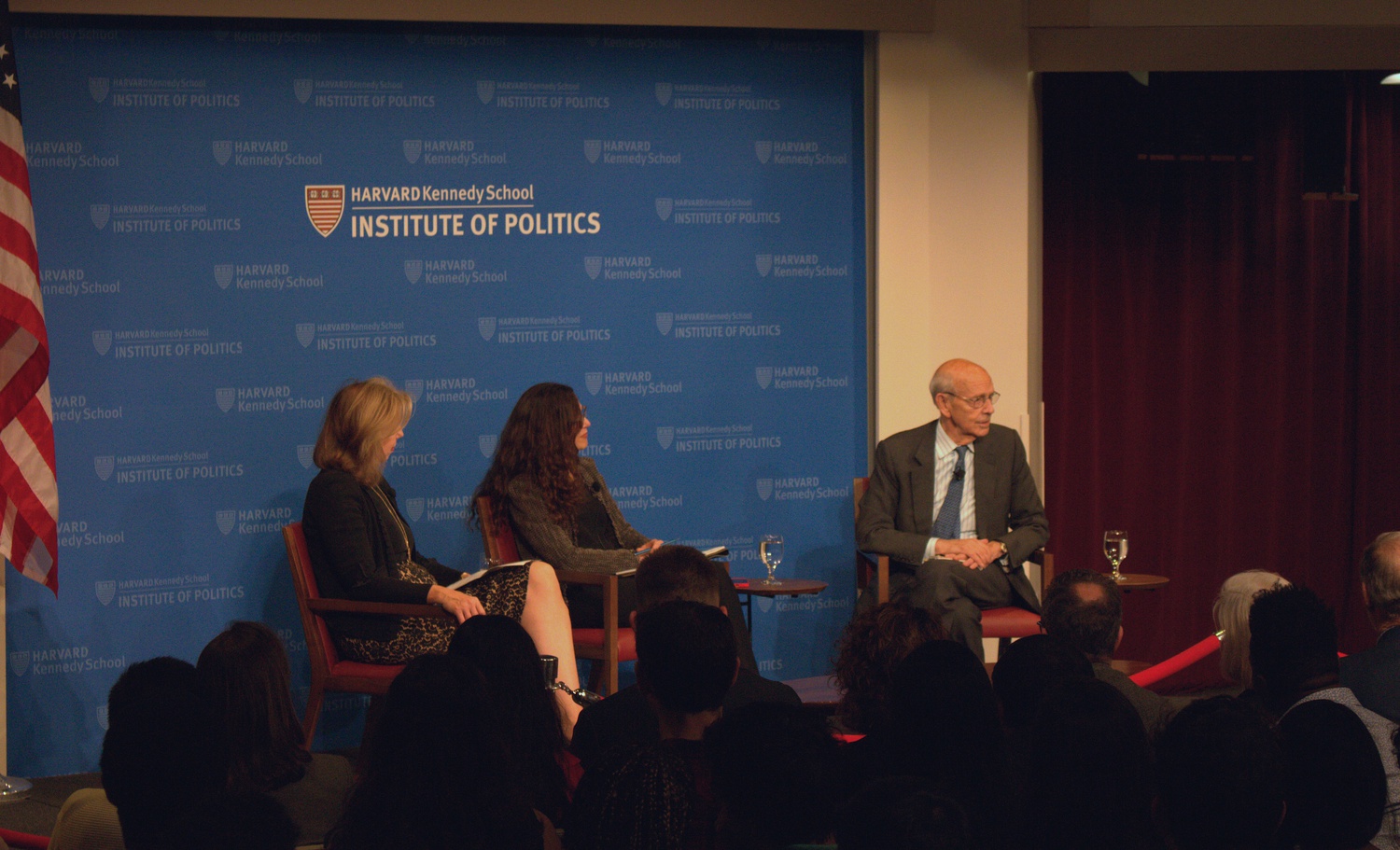 Retired Justice Stephen G. Breyer said “it would be fine” if Supreme Court justices were term-limited at a Harvard Institute of Politics forum on Wednesday.

Breyer, who retired from the Supreme Court in June before returning to Harvard Law School as a professor, avoided questions about other judicial reforms, but said he does not “see there’d be a real problem” with a limit on the amount of time justices can serve on the bench.

“It would have to be a very long term,” Breyer said, suggesting a 20-year cap. “You don’t want someone in that job to be thinking about ‘What is my next job?’ But if you had a long, definite term — like most countries have some kind of definite term — it would be fine.”

“It would’ve saved me a lot of angst,” Breyer quipped.

Breyer’s appearance at the IOP on Wednesday came after the event was postponed last month. During the forum, he was peppered with questions about abortion, the legitimacy of the court, and judicial reforms.

Breyer was asked about the dissenting opinion he authored in the case of Dobbs v. Jackson that ended constitutional protections for abortion over the summer. Breyer said the dissent was “more emotional than most,” but declined to elaborate about what took place behind the scenes among justices.

“It goes in great lengths into why it is a mistake, under the law, to depart from 50 years of precedent,” he said of the dissent, which was co-signed by Justices Sonia M. Sotomayor and Elena Kagan.

Breyer avoided questions about some hot-button issues and his views about justices who are still on the bench, often speaking in hypothetical terms to characterize legal thinkers who disagree with him.

“To ask me about the appointments and the confirmation process is like asking for the recipe for chicken à la king from the point of view of the chicken,” he said.

Asked by moderator Nancy R. Gibbs if Chief Justice John G. Roberts ’76 has failed at preserving the legitimacy of the court, Breyer said: “No, because we don’t know what will happen.”

“We’ve gone through a lot of difficult periods, and despite the difficulties, the country has emerged,” he said. “So naturally, I think it will emerge.”

“What I’ve seen for the last 30 years — and more than that, really, because it’s true with the First Circuit, too — this document does help to hold people together,” he said, waving a copy of the U.S. Constitution.

Breyer was asked by an audience member about the personal dynamics between justices on the bench.

“Personally, people get on,” he said.

He reflected fondly on his time serving with now-retired Justices Sandra Day O’Connor and David Souter.

“I’m not saying I didn’t like it afterwards, but we sort of meshed,” he said. “But everybody got on with everybody.”

“A girl can dream,” she replied.