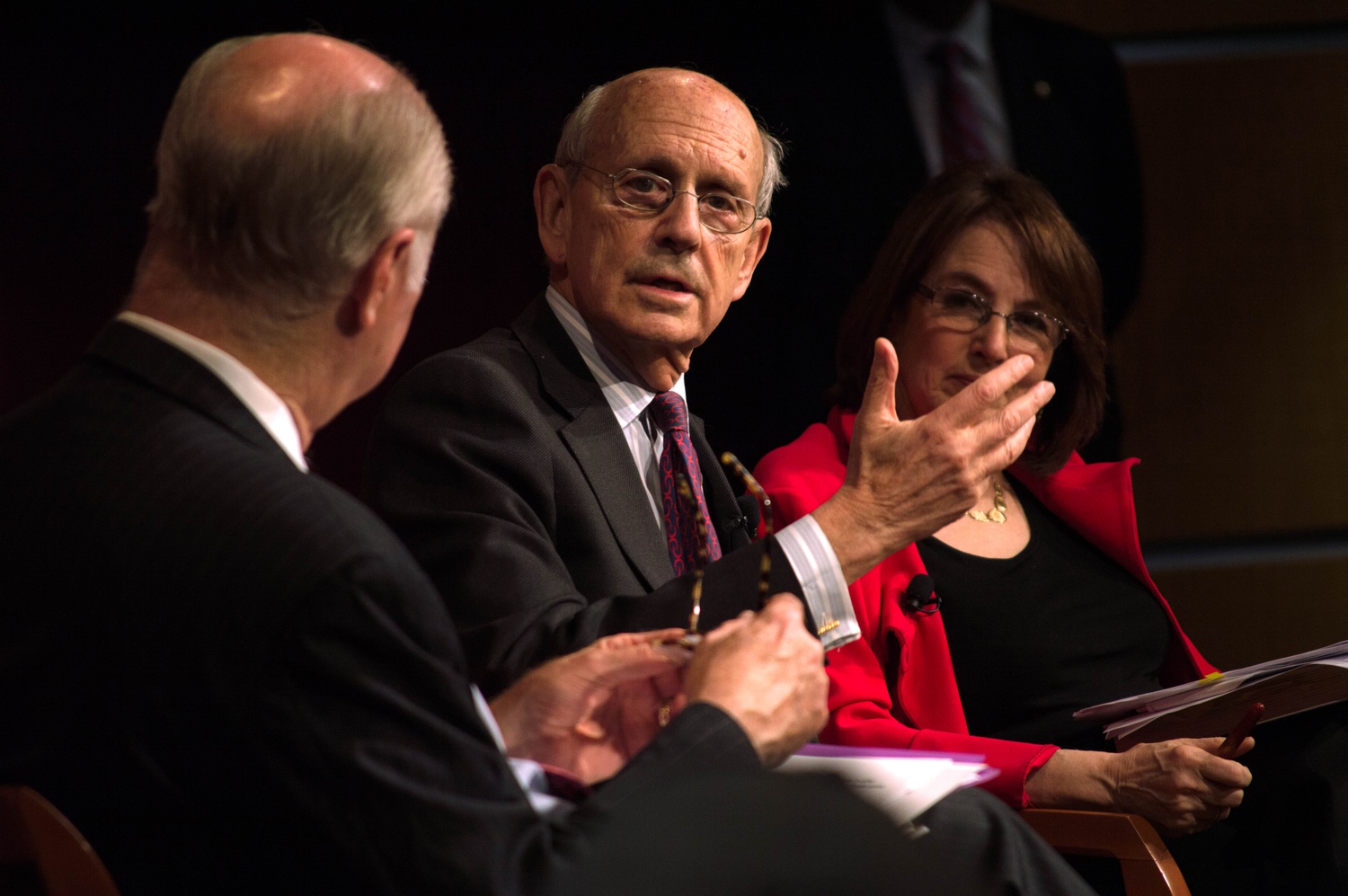 After 42 years as a federal judge — 27 of which were spent on the nation’s highest bench — Justice Stephen G. Breyer is coming home to Harvard.

The recently retired Supreme Court justice will return to teach at Harvard as the Byrne Professor of Administrative Law and Process — a position he will hold jointly with HLS Professor Todd D. Rakoff ’67, who currently holds the chaired professorship.

Breyer, 83, graduated from Harvard Law School in 1964 and served on the school’s faculty from 1967 to 1980. In his second act at HLS, Breyer will teach, pursue scholarship, and “participate in the intellectual life of the school and in the broader Harvard community,” per an announcement from the Law School on Friday.

“I am very pleased to return to Harvard to teach there and to write,” Breyer said in the announcement. “Among other things, I will likely try to explain why I believe it is important that the next generations of those associated with the law engage in work, and take approaches to law, that help the great American constitutional experiment work effectively for the American people.”

Breyer will bring an uncommonly synthesized perspective to one of the most robust administrative law programs in the United States, said Harvard Law Professor Cass R. Sunstein ’75, who was a research assistant to Breyer as a student at HLS.

“He thinks about policies in a way that combines law, politics, and economics in a way that is extremely rare, even on a very strong faculty,” Sunstein said.

Harvard Law School professor emeritus Alan M. Dershowitz, who clerked for Supreme Court Justice Arthur Goldberg a year before Breyer did and “argued forcefully” for Breyer’s nomination to the highest bench during the Clinton administration, said the jurist’s return to Cambridge will add an “enormous dimension” to the way students conceptualize the law.

“I’m thrilled that he’s coming back to Harvard,” Dershowitz said. “I can’t imagine anybody more qualified — by his academic experiences, his legislative experience, and his judicial experience — to give students a very broad perspective on how the law works, and how to understand Supreme Court decisions.”

Breyer retired from the Supreme Court on June 30. He was replaced by his former law clerk and fellow Harvard Law School graduate Ketanji Brown Jackson ’92 — the first Black woman in history to sit on the nation’s highest bench. 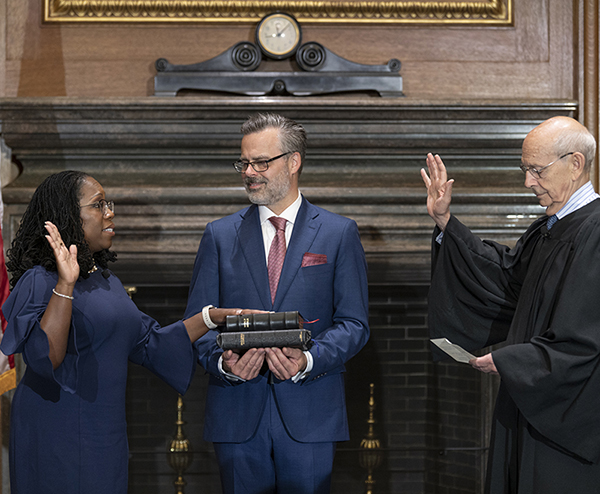 Breyer’s recently announced professorship is an amalgam of novelty and homecoming. His previous stint on the Harvard Law School faculty ended in 1980 when President Jimmy Carter appointed him to the U.S. Court of Appeals for the First Circuit. In 1994, after four years as the First Circuit’s chief judge, he was nominated to the Supreme Court by President Bill Clinton.

From 1977 until he departed Harvard in 1980, Breyer held a joint appointment at HLS and the Harvard Kennedy School.

Sunstein, who will be teaching a seminar with Breyer in the fall, said his former mentor fundamentally reframed the teaching of administrative law through integrating considerations of regulatory policy.

“Breyer injected into the day-to-day analysis of the topic of administrative law an insistence of the urgency of asking, ‘What’s the policy issue, and how can we think well about the policy issue?’” he said.

Though the details of the seminar have yet to be finalized, Sunstein said his joint course with Breyer will address constitutional law and regulatory policy, with cases involving topical issues such as abortion and gun control.

After his clerkship for Goldberg, Breyer went on to hold an array of different roles in government, including special assistant to the Assistant U.S. Attorney General for Antitrust, assistant prosecutor of the Watergate Special Prosecution Force, and chief counsel of the U.S. Senate Judiciary Committee.

“He can see through the legalism to the reality — and that’s what I think pragmatism is,” said Dershowitz. “The most important thing is he understands the inter-workings of the three branches of government — probably as well as anybody who ever served on the Court, and certainly as well as anybody who’s ever taught at Harvard Law School.”

Adam Liptak, who has covered the Supreme Court for the New York Times for the past 14 years, said students are in for a “real treat” with Breyer.

“Justice Breyer is a law professor at heart,” Liptak said. “He doesn’t come to the bench with predetermined ideas; he keeps trying to tease out what the right answers to the questions are. And he will use idiosyncratic, colorful, hypothetical questions to try to get at the nub of an issue.”

Sunstein described Breyer as a “really rare combination” of “creative and pragmatic.”