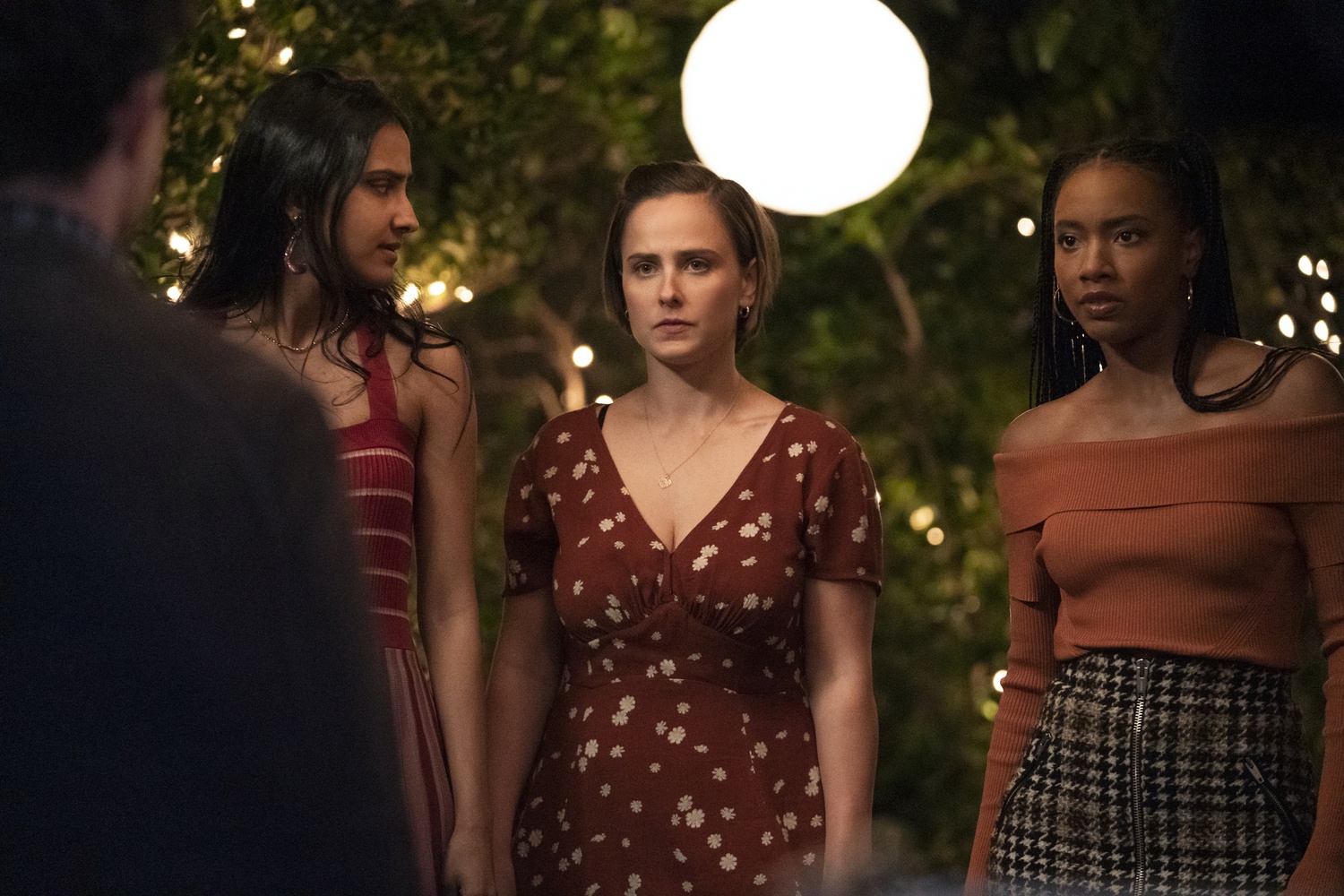 There is something special about a TV show that is able to capture the essence of fall — a season that represents both new beginnings and nostalgic endings. As the leaves change colors and the days grow shorter, we seek even more comfort and escapism from our screens. Indeed, one of the best ways to get into the fall spirit without leaving the comfort of your bed is by watching TV shows that either take place in fall or simply make you feel warm and cozy inside. Here are seven of the best shows to binge this fall.

The first season of “The Sex Lives of College Girls” follows four characters throughout their first semester at Essex College. With colorful fall scenery as well as soccer games, costume parties, and new roommates, this comedy paints an awkwardly accurate picture of freshman fall. In addition to its campus setting, the show is especially bingeable for busy college students: There are 10 episodes (nine of which are only 30 minutes), so this show can easily be finished in one week or less. After binging Season One, viewers can look forward to season two which is set to premiere later this year.

With its North Carolina fall and winter visuals, the iconic soundtrack, and plenty of angst, “One Tree Hill” is a great fall watch for first-time viewers and longtime fans alike. It is a soapy teen drama with elements of romance and a cast of lovable characters, following estranged half brothers Lucas and Nathan Scott who become teammates on their school’s basketball team. The development of their relationship, as well as the other relationships they build throughout the show, is heartwarming to follow and a necessary contrast to the endless roadblocks they encounter.

If you’re looking for a comedy to get you in the mood for Halloween, look no further than HBO’s “Los Espookys.” The show manages to balance its sophisticated yet simple humor with colorfully creepy visuals. Renaldo, the main character, and his friends Úrsula, Tati, and Andrés go into the horror business together, hired to scare people in wacky ways. Three episodes of Season Two have been released so far, so now is a great time to start watching.

“Gilmore Girls” might not be on this list, but Milo Ventamiglia has still made his way onto it. “This is Us” is rich with fall visuals as well as family drama — and impeccable performances from Sterling K. Brown and Mandy Moore. The bonds between the characters are touching, and their individual and familial development are realistic. It is hard not to get attached to the family or reflect on your own family, as the show is centered around these relationships and memories, as nearly every episode features a storyline in the form of a flashback. There is an overarching theme of gratitude even during tough times, making this show a great sentimental watch leading up to Thanksgiving.

This pick is all about vibes and visuals. “Hyouka” centers on freshman Oreki Hotarou and the other members of their school’s Classic Literature club as they solve mysteries together. The show depicts the randomness of friendships forged in school clubs through a cast of relatable characters who are well-developed over the show’s 22 episodes. Kyoto Animation is responsible for the show’s visually appealing animation style, which features vibrant warm tones, and the soundtrack is well-suited to the show’s slice of life and mystery form.

“Over the Garden Wall” (HBO Max)

This animated miniseries follows two brothers trying to find their way out of the woods. The episodes are short – around 11 minutes each – but the compelling side characters the two brothers encounter make the episodes feel longer in the best way possible. Like many other Cartoon Network series, the show succeeds at getting a deeper message across in each episode, touching on subjects such as death, hopefulness, and brotherhood. “Over the Garden Wall” also has a beautiful autumnal color palette of reds, browns, oranges, and greens that fades into colder colors as the season progresses.

ABC’s fantasy drama series “Once Upon a Time” offers a refreshingly human take on familiar fairytale characters like Belle, Prince Charming, and Captain Hook. The show adds a level of complexity unseen in the original stories, as the “good guys” have flaws and the villains are given opportunities to redeem themselves. This show will bring you back to childhood, invested in whether or not Snow White eats the Evil Queen’s apple. The nostalgia evoked by the characters coupled with the New England fall setting make this show a perfect fall watch.