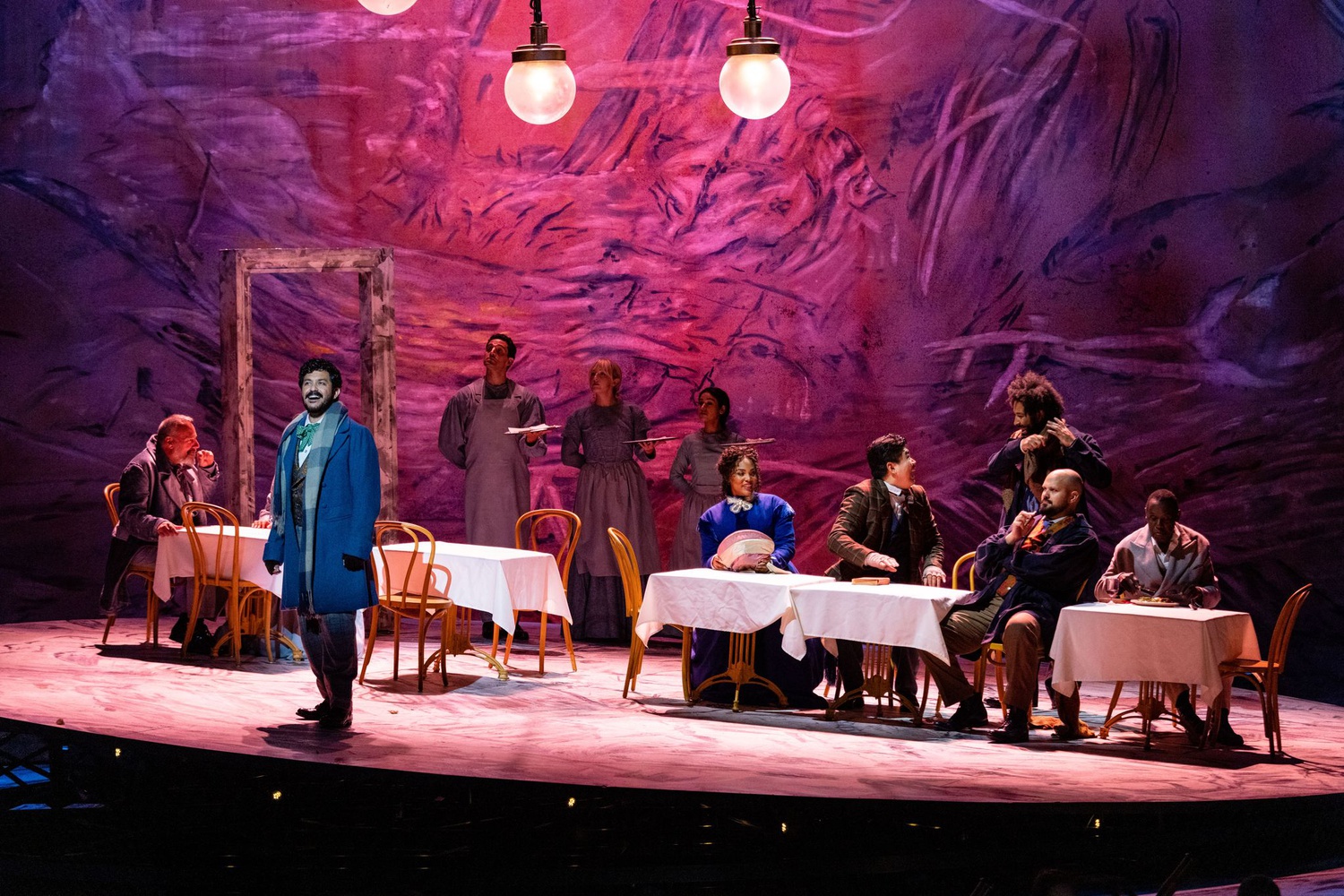 In the 21st century, the dilemma facing many opera companies around the world is how to refresh centuries-old operas to appeal to a modern audience. Giacomo Puccini’s masterpiece “La Bohème,” one of the most beloved pieces in the classical repertoire, has been a particular target of such reimaginings. Past productions have seen the tragic tale of impoverished artists in 1830s Paris interpreted as everything from a wordless ballet set in the 1950s to a futuristic love story that unfolds in outer space. These adaptations have been met with varying degrees of affection from die-hard opera fans, but Boston Lyric Opera’s excellent and unorthodox staging of “La Bohème” is sure to please even the most staunch opera purists.

Produced in conjunction with Detroit Opera and Spoleto Festival USA, stage director Yuval Sharon’s visionary interpretation of the classic opera stages its events in reverse chronology. The performance begins where Puccini’s original work ends — with Mimì’s (Lauren Michelle) tragic death in Act IV — and moves backward in time from there, culminating with ill-fated lovers Mimì and Rodolfo’s (Jesus Garcia) first meeting in Act I. Besides this restructuring, Puccini’s music is relatively untouched, save some generous cuts in Act I that slim the opera’s runtime down to a trim 100 minutes with no intermission — an impressive feat for a show that usually commands almost three hours, and likely an attempt to make the production more accessible to new audience members.

Bohème’s episodic construction beautifully lends itself to this reverse-linear adaptation. The libretto, which is based on the French play “Scènes de la Vie Bohème” by Henri Murger, is structured in a series of vignettes that could easily stand on their own, allowing each act to retain its emotional poignancy despite the Boston adaptation’s reversal in chronology. Additionally, the movement of the stage, which is built on a rotating, circular platform, helps orient the audience through the changes in time, while shifts in lighting transition us from the bleak days of sickness and financial stress to the rose-colored scenes of young love, and add nuance to the otherwise minimalist set.

Yuval Sharon’s adaptation also includes the addition of a new character called “The Wanderer” (Marshall Hughes) who provides spoken English-language introductions to each new act. Though The Wanderer is helpful in guiding the audience through time jumps, his additional appearances throughout the opera are superfluous at best and distracting at worst, especially in instances where his lines, often in the form of rhetorical questions, interject in key moments of the opera’s action.

Despite the interruptions, Boston Lyric Opera’s production of “La Bohème” was triumphant, fresh, and touching. For an opera so prominent in the cultural milieu, starting with Mimì’s death is not a “spoiler,” but has the effect of shadowing the rest of the opera with a potent bittersweet atmosphere not present in other productions. A scene particularly of note is Mimì’s famous aria “Sì, mi chiamano Mimì.” This scene is usually a charming introduction to her character, but in Boston Lyric Opera’s production, it functions as a touching eulogy to a woman gone too soon. Additionally, key symbols such as Mimì’s pink bonnet take on new meaning after the audience sees their significance at the end of Mimì’s life.

As for the cast, Lauren Michelle as Mimì is a clear standout. Michelle has a voice that brings tears to the eyes and shivers down the spine; her excellent, soaring soprano never falters despite the physical demands of portraying a character dying of tuberculosis and prone to violent coughing fits and sudden fainting spells. The rest of the cast has excellent chemistry and impressive vocal power, and reflects Boston Lyric Opera’s recent commitment to make opera a more inclusive space for people of all backgrounds and identities.

“La Bohème” has graced the stages of opera houses across the world for over a century, and differentiating a new production of the opera from the scores of earlier iterations is no easy task. However, Boston Lyric Opera and Yuval Sharon rise to the occasion spectacularly, bringing the timeless story of love and loss to audiences in a way never before seen without compromising Puccini’s original vision.