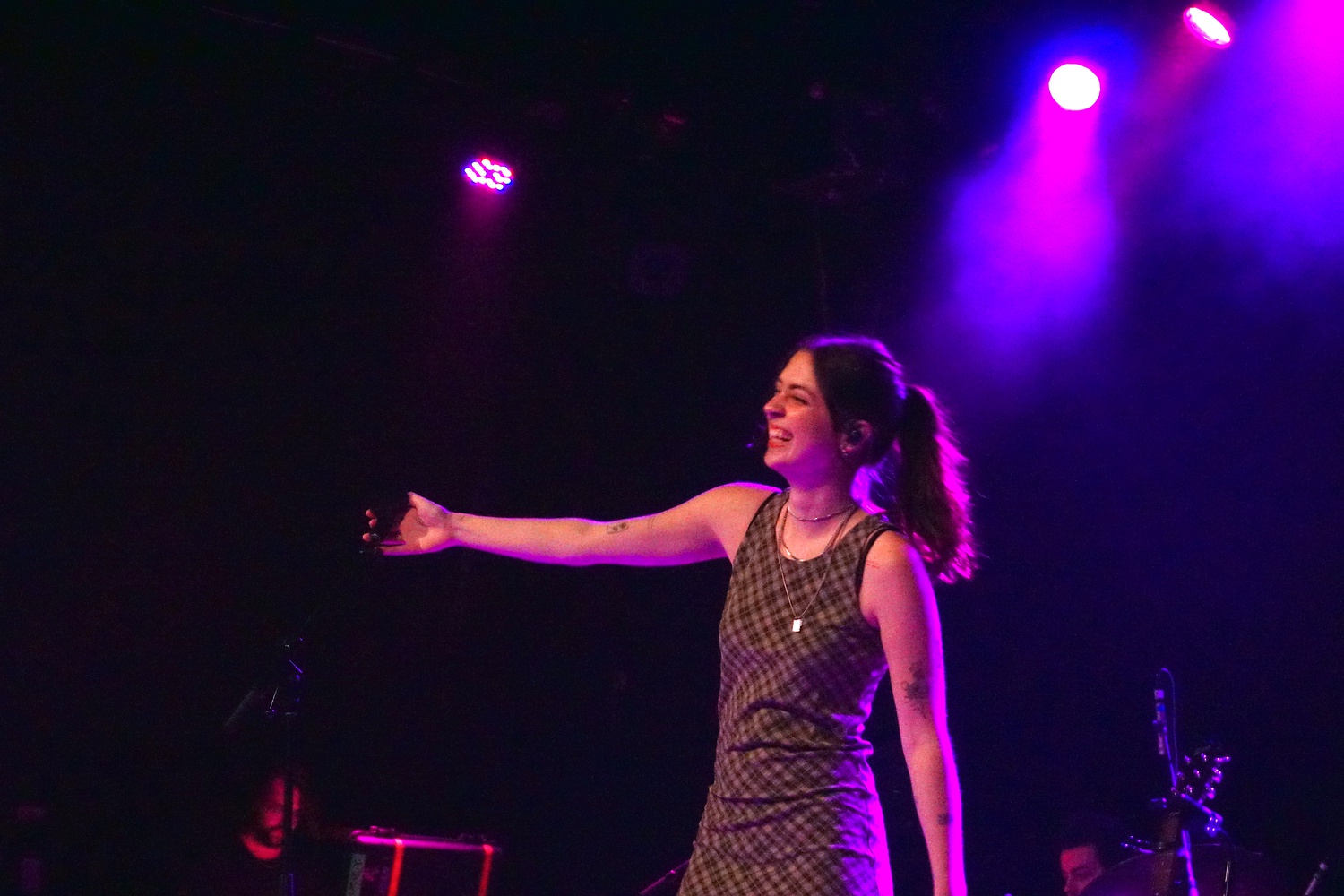 On Sept. 21 at The Sinclair — fittingly across the street from Lizzy’s Ice Cream — Lizzy McAlpine welcomed her Boston crowd to what was to be an unforgettable show, featuring selections from her sophomore record “five seconds flat.” With earlier indie-folk projects like her debut “Give Me a Minute” and 2021’s “When the World Stopped Moving,” it’s no surprise McAlpine found her niche in the height of the pandemic, embarking on her first headlining tour this fall with support from Carol Ades. The Philadelphia native left Berklee College of Music in 2021 to pursue a music career and, though her growing stardom makes it clear she made the right choice, McAlpine made sure to underscore how much Boston means to her.

“Most of these songs are about Boston,” she said ahead of a performance of a song from “five seconds flat” called “all my ghosts.” “This place is really special to me. I love Boston so much.”

During her set, McAlpine carried herself with effortless humor and ease, a remarkable feat given this is her first-ever headlining tour. Armed with a microphone, guitar, and the occasional backing track, her vulnerability was met with a reverent hush. There was hardly a dry eye after her powerful rendition of “ceilings,” one of the singles off of “five seconds flat.” Based on how rapidly 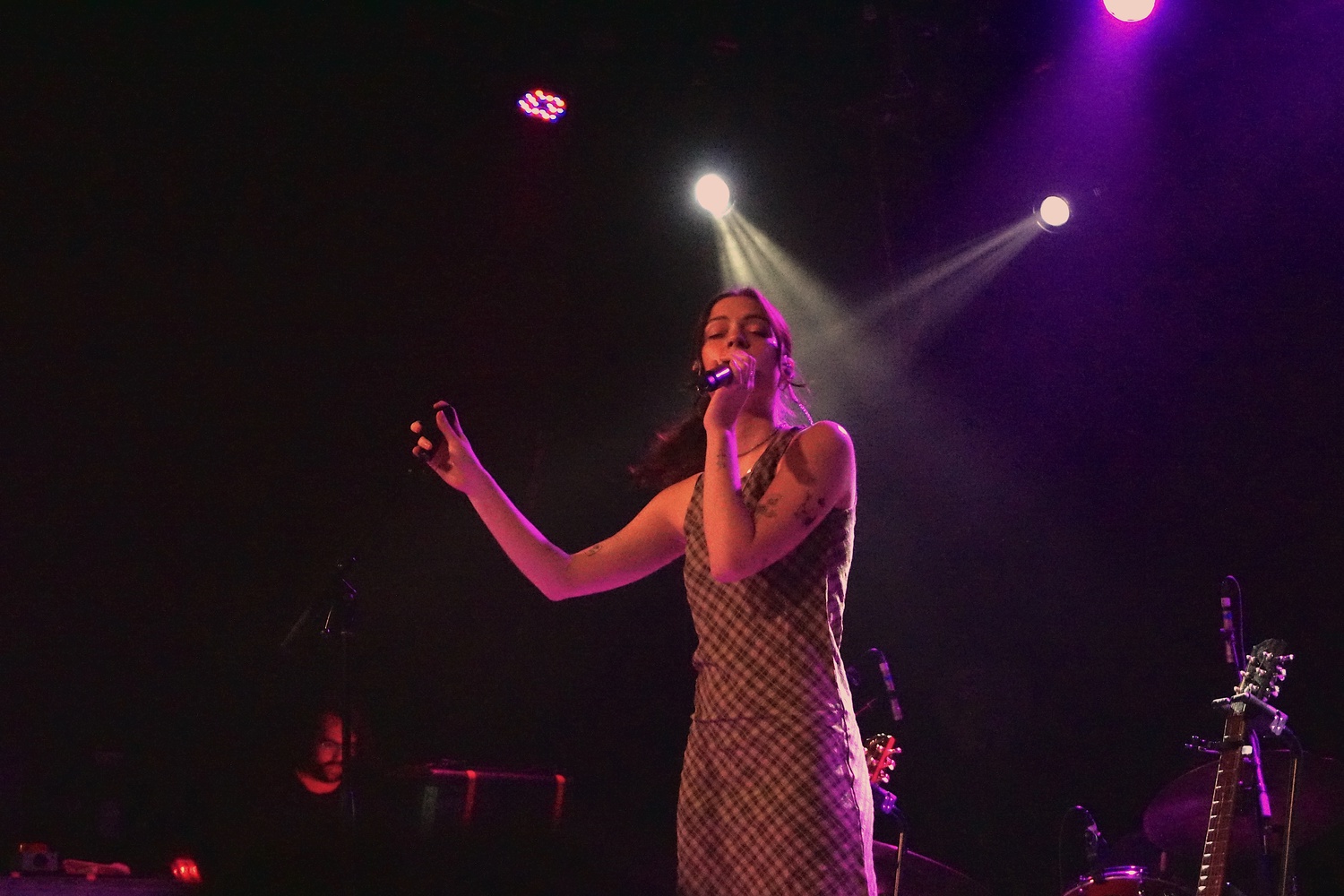 McAlpine welcomed her Boston crowd to what was to be an unforgettable show. By Abigail A. Golden

McAlpine’s star is rising and how quickly her tickets sold out, a small venue like The Sinclair might seem like the lesser choice for someone who would easily sell out a larger venue. However, the intimacy of The Sinclair matched the intimate nature of the setlist and guaranteed the crowd would be made up of listeners who cared about and connected deeply with McAlpine’s writing.

For newer listeners, however, the setlist perfectly showcased McAlpine’s skillful storytelling evolutions as an artist. Selections from “five seconds flat” are more mature, edgier — the cynical and sometimes nihilistic bite that permeates “firearm” and “doomsday,” two newer records, stand in stark contrast to the acoustic innocence and warmth that characterize earlier songs like “Apple Pie” and “Pancakes for Dinner.” In between crowd favorites like “Angelina” and “erase me,” a collaboration with Jacob Collier, McAlpine also introduced her audience to newer songs like “Emma” and “come down soon.” In a more romantically charged setlist, “Emma” was a refreshing change that spoke of sisterly love. “It’ll be us until the end,” she crooned over the riffs of her guitar. 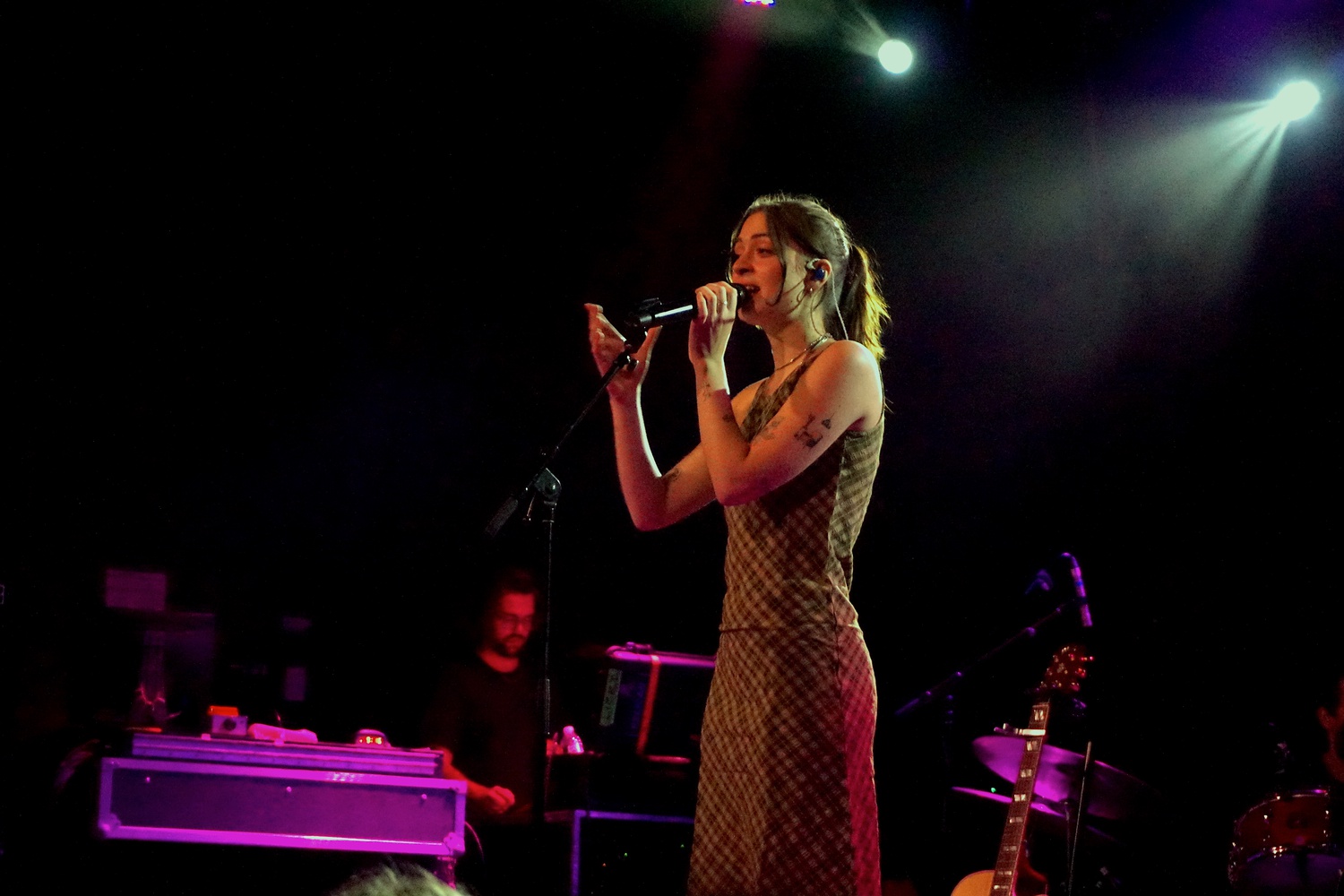 “Most of these songs are about Boston,” she said. By Abigail A. Golden

The night also happened to be McAlpine’s 23rd birthday, a fact few forgot as many cries of “Happy birthday!” rang out during her set. In the interim between the two of her songs, the audience managed to squeeze the “Happy Birthday” song in as the intro to “doomsday” began, despite the singer’s protests. “This is the worst time you could’ve done this,” she said laughingly, before thanking everyone.

At multiple points throughout the night, especially as the show drew to a close, McAlpine took the time to thank her friends, family, and the crowd. “Thank you for holding space for me and my art! Be safe, I love you!” Lizzy told the crowd, before cheerily closing out the night with a performance of “orange show speedway.” While the authenticity of her storytelling and the impeccable clarity of her voice certainly draw audiences in, McAlpine’s humility and obvious delight in what she does are what keep audiences with her. 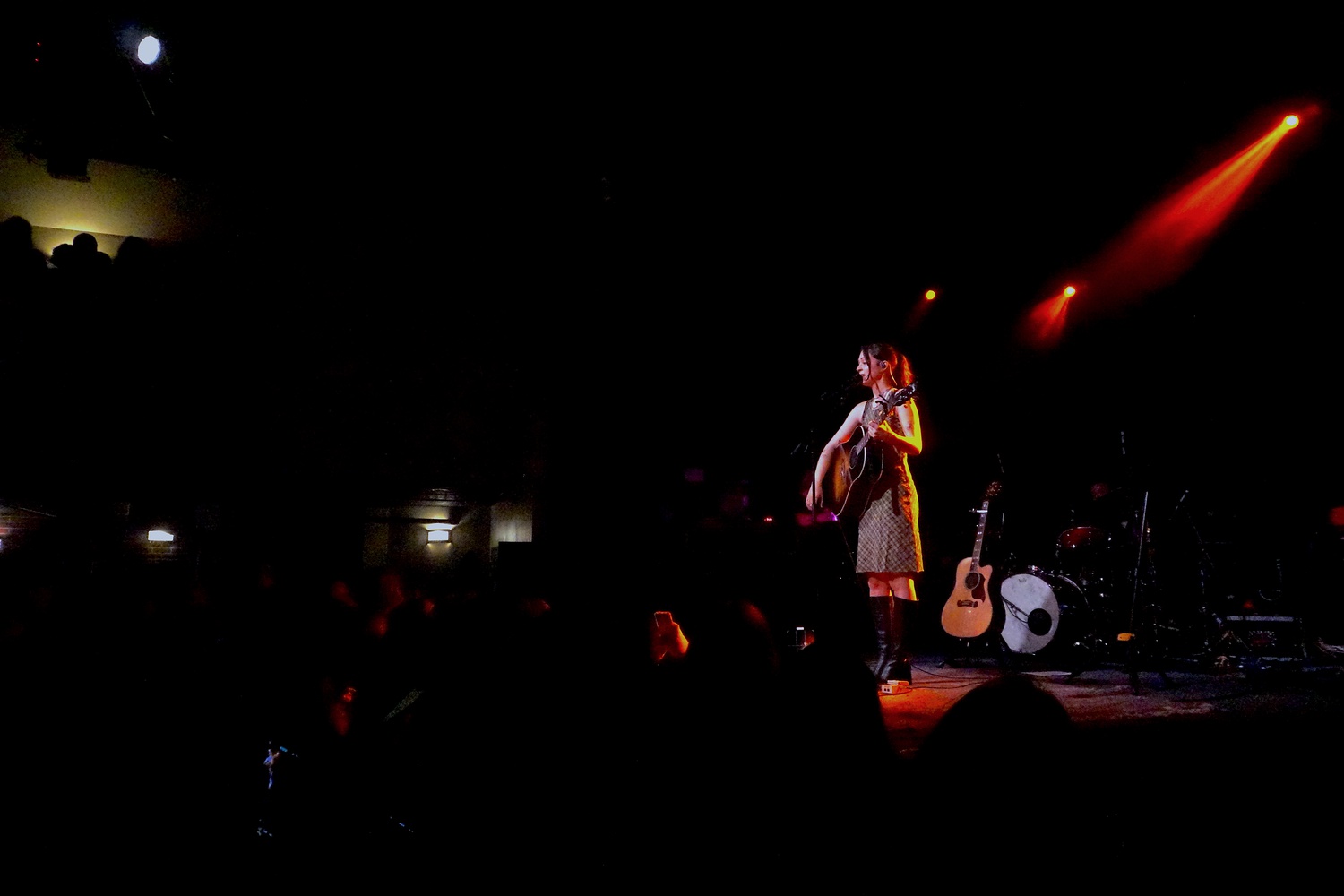 Lizzy McAlpine embarked on her first headlining tour this fall with support from Carol Ades. By Abigail A. Golden

— Staff writer Abigail A. Golden can be reached at abigail.golden@thecrimson.com.