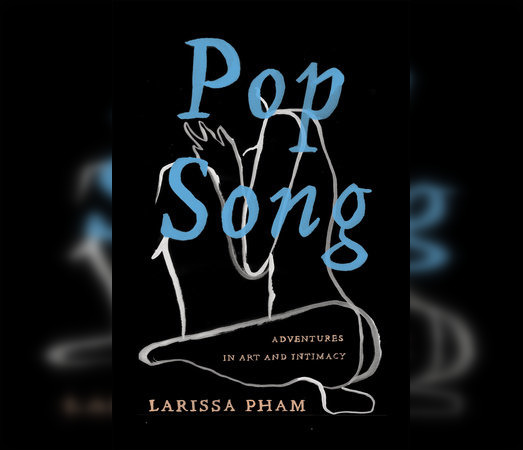 “This is something we all do, cope by aestheticizing our pain,” writes author and journalist Larissa Pham in her second work, the memoir-in-essays “Pop Song: Adventures in Art and Intimacy.” With unsettling vulnerability, Pham recounts key memories and incorporates art criticism as a tool for reflection. While the memoir should be applauded for its poetic prose, intelligence, and raw honesty that will certainly resonate with young readers grappling with hurtful experiences, Pham’s vulnerability borders on trauma porn. The reader suffers with her past self, constantly hoping for her to put an end to her self-destructive behaviors, but the essays recount Pham’s memories with too little reflection and character development. Because of the narrator’s aversion to growing from her experiences, reliving her painful past is frustrating and distressing rather than insightful.

“Pop Song” starts with Pham’s time as an undergraduate at Yale, where she uses running and casual sex as a means of self-transcendence and of evading the discrimination she faces as a Vietnamese-American woman. She feels out of place, and faces both sexual abuse and degrading indifference from the men in her life.

Art criticism, as yet another form of self-transcendence, plays a major role in the memoir: “I wanted so badly to connect to something, to recognize myself where I didn’t have the words to express.” Turning to the works of others as a lens to understand her own pain, the incorporation of art criticism is a refreshing choice that is well supported by the personal essay format. However, many of these passages — such as a ten-page biography of the abstract painter Agnes Martin — are tedious for readers without a deep interest in the visual arts. The book’s drawn-out, vigorous passages analyzing art starkly contrast the narrator’s detached evasion of reflecting on and growing from her personal experiences. Yet, “Pop Song” would have greatly benefited from the opposite structure — less art criticism and more original introspection.

The author’s relationship with a former lover — whom she addresses as “You” — serves as the essays’ sweet and remedial red thread. With graceful prose and allusions to Anne Carson’s essay “Eros the Bittersweet,” Pham describes how she, after all the abusive, casual relationships she’s been in, was hesitant to open up and allow herself to fall in love. When she finally does, the two form a bond that helps the narrator heal and process past grievances. At the same time, she admits that this relationship is another act of self-delusion as she tries to will into existence a perfection and permanence that love does not possess.

Ultimately, Pham’s distortion of reality and the man’s refusal to commit to her lead to a breakup that forces her to finally come to terms with her pain on her own. These last pages contain some much-needed development of the narrator’s self-confidence and intriguing introspection as she realizes, “I’m scared that the self stops existing without a story to tell about it. So I have my own anxious response: weaving, weaving, weaving my own narrative.”

Unfortunately, these realizations are too little, too late to reward the reader for the agonizing journey of “Pop Song.” On a positive note, Pham’s masterful prose sustains the reader’s interest, and her experiences might act as a deterrent against self-delusive, self-destructive coping strategies. Nevertheless, the book feels too much like a diary entry to chronicle and process the author’s life, rather than insightful essays that will benefit those going through similar struggles.

— Staff writer Larissa G. Barth can be reached at larissa.barth@thecrimson.com.