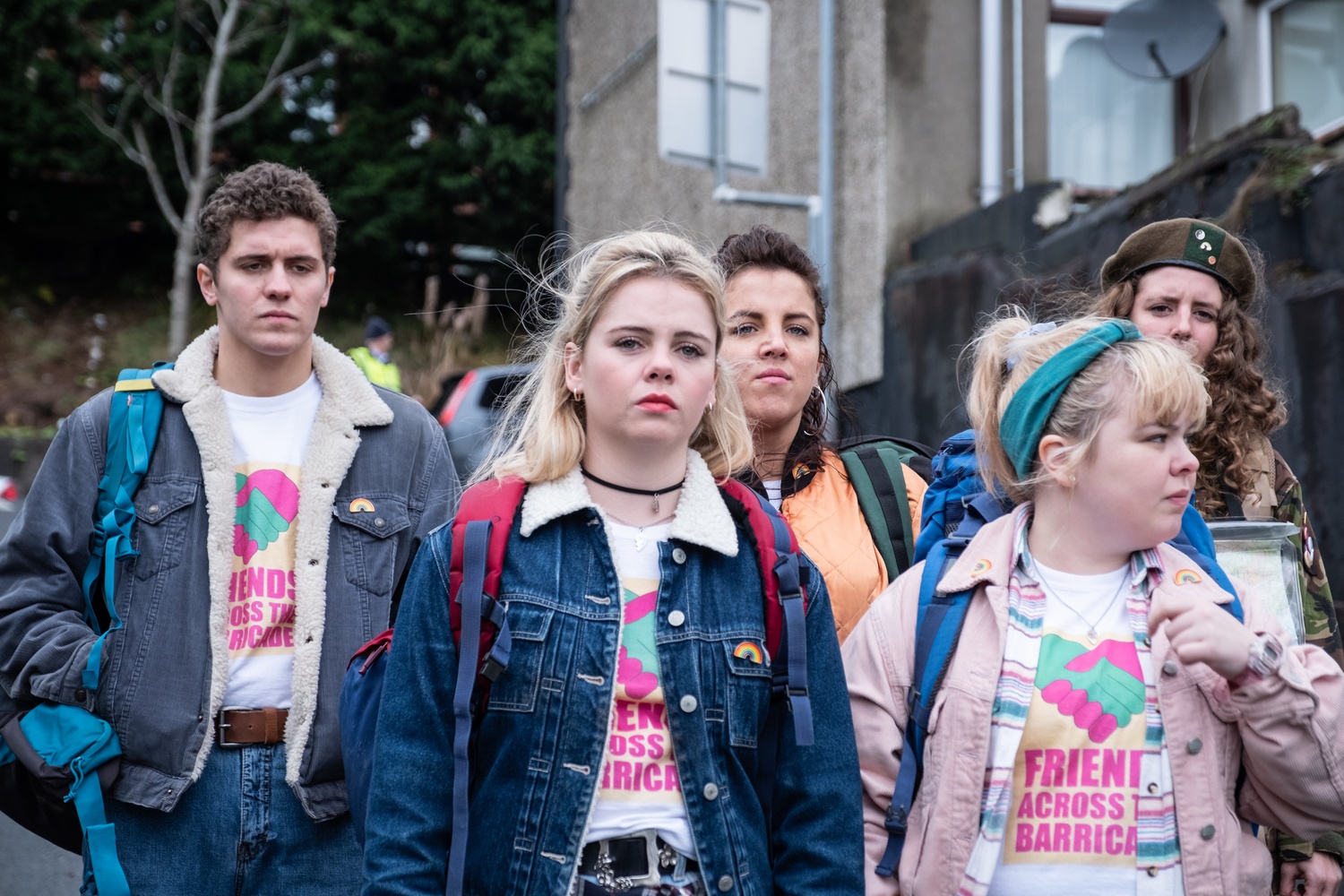 The third and final season of “Derry Girls” premiered on October 7 on Netflix. By Courtesy of Netflix
By Serena Jampel, Crimson Staff Writer

To the delight of fans worldwide, Netflix released the third and final season of cult classic “Derry Girls” on Oct. 7. The show, created by Lisa McGhee, explores the tumultuous connection between two explosive conflicts: the final years of the Troubles, a decades-long period of violence and partisanship in Northern Ireland, and the drama of navigating high school. By Season Three, the “girls,” a squad that actually includes one boy, James (Dylan Llewellyn) have found their footing at Our Lady Immaculate College, and their various hijinks, foiled by an equally funny set of parents and relatives, are more ridiculous and entertaining than ever.

Fans of the show will recognize the signature blisteringly witty dialogue, punctuated by the musical Northern Irish accent and liberal use of slang and curse words. Each 25-minute episode contains its own neat plot: This season’s adventures include a trip to the beach, a Spice Girls dance performance, and a night in a “haunted” house. The jokes are relentless and fresh, as each sticky situation is resolved with heart and humor. Season Three also brings burgeoning romance, innovative pranks, a heist, and some more serious scenes exploring loss and grief.

The stories and motivations of the squad’s parents get fleshed out more, particularly Mary’s (Tara Lynn O’Neill) desire to go back to school and Grandpa Joe’s (Ian McElhinney) hopes for the future. One of the central triumphs of “Derry Girls” is its success as an intergenerational family comedy that gives each character, including the non-verbal baby Anna (Ava Grace McAaleese), a moment to shine. The cast is dynamic and convincing in both their dysfunction and their love, making the show all the more heartwarming and hilarious.

As with any family, they learn to love and accept each other, even as they grow and change. This season develops LGBTQ themes following Clare’s (Nicola Coughlan, “Bridgerton”) coming out to Erin (Saorise-Monica Jackson) as “a wee lesbian” in Season 1. At last, Clare gets her long-awaited romance, and with the cameo of gay Canadian cousin Rob (Alex Gaumond) in a poignant flashback episode featuring the parents in their high school years, we see the fumbling, loving acceptance that has contributed to this show’s popularity.

Overall a highly successful season, there are certainly moments that drag and jokes that don’t always land. Halfway through the new season, the quips begin to exhaust and the endless antics start to feel tropey and trite. But just when the show becomes a little too comfortable in its schemes, real-world anxieties leak through the bouncy ’90s facade, giving it an uncompromising realness and urgency.

The final episode, set one year after the events of the rest of the season, follows the characters as they prepare to vote in the Good Friday Referendum, an agreement that would change the course of Northern Irish history and put an end to the decades of violence and political unrest. In perhaps the most dramatic and emotionally complex moment of the show’s three seasons, Michelle (Jamie-Lee O’Donnell) and Erin argue over the terms of the referendum, which would release Michelle’s brother, who was implicated in a murder during a protest, from prison. The girls wrestle with reconciliation, and Michelle, usually brash and confident, tearfully concedes, “there’s no answer to any of this, is there?”

Indeed, the beauty of “Derry Girls” is that it never tries to find an answer. Instead, its three seasons have captivated viewers with stories of bold, anxious, hilarious, awkward, and earnest teens as they experience the messed-up, beautiful world around them. The show is unquestionably specific, from the costumes to the slang to the accents, yet universal and perfectly relatable. It is the best parts of a historical drama and a sitcom all rolled into one. In America in 2022, partisan violence and the struggles of compromise aren’t that hard to imagine. Having tackled themes that feel more relevant than ever, “Derry Girls” ends with optimism and hope: Even in difficult times, life goes on.

—Staff writer Serena Jampel can be reached at serena.jampel@thecrimson.com.