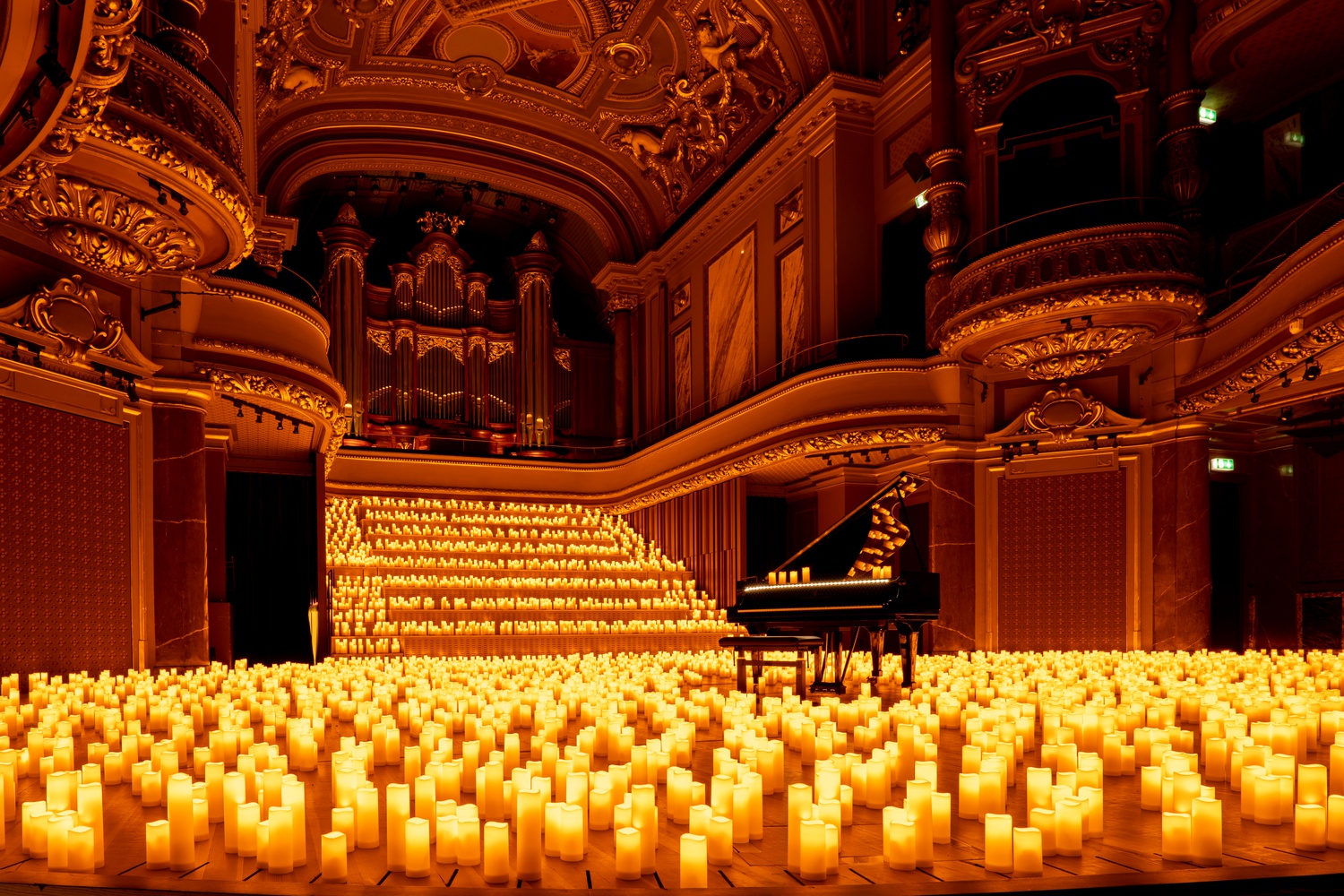 "The Best of Hans Zimmer" is a part of Fever’s Candlelight Concerts in Boston series. By Courtesy of Fever
By Sofia M. Giannuzzi, Contributing Writer

There were no empty seats in the Temple Ohabei Shalom on the evening of Thursday, Nov. 10 in anticipation of the Rasa String Quartet’s performance of “The Best of Hans Zimmer.” Upon entrance to the temple, the stage, lit merely by hundreds of candles, left audience members hoping that the performance could somehow live up to the dazzling surroundings. Once the four musicians began to play, however, all fears were assuaged.

The show, a part of Fever’s Candlelight Concerts in Boston series, featured twelve of famed film composer Zimmer’s best-known movie soundtracks. Audience members of all ages purchased tickets to experience the music so often heard in movies like “Interstellar” or “Pirates of the Caribbean” live. A violinist from the quartet, Kiyoshi Hayashi, spoke about his experience performing such pieces.

“One of the coolest things about being a musician is that when you play music from movies that are from your childhood, it’s able to bring back all of your memories that you associate with that movie. It’s so fun. On stage, I’m thinking that I can’t believe I get paid to do this,” Hayashi said after the performance.

Hayashi wasn’t the only one having fun during the performance. Audience members across the room were tapping their foot to the beat or smiling at songs from beloved films. The music ranged from the somber tones of “A Dark Knight” from “The Dark Knight” to the light, upbeat “Zoosters Breakout” from “Madagascar.”

The Rasa String Quartet, a group of skilled performers with charismatic stage presences, were the perfect conduits for such pieces. Made up of cellist Mina Kim, violist Emma Powell, and violinists Maura Shawn Scanlin and Hayashi, the quartet played with both a poise and playfulness that perfectly reflected the nature of the music.

And, while the songs may be nostalgic for most viewers, the unique space gave audience members a new and compelling way to engage with the music. On the center stage of the temple’s expansive main room, the four musicians were crowded by artificial candles at varying heights. The dim lighting brought the quartet to focus while also subtly illuminating the wonderful features of the temple.

“It’s such a great atmosphere — I feel like it’s as much about the music as the atmosphere. It’s all commingled together in what hopefully makes it a great experience for audience members,” Hayashi stated.

He wasn’t wrong. The setting allowed the incredible concert to be about more than just about music; It was inherently meditative in its nature, perhaps even emotional.

The concert served as a reminder to viewers of the power of music, the power of film, and the power of nostalgia as we look back upon songs we perhaps heard for the first time years ago, when we first encountered a childhood classic like “The Lion King.” The music in the background of these films, that we may not have not fully recognized when watching, has stuck with us, just as the stories and characters have. And, what a beautiful way to be reminded of these remarkable songs, often long forgotten, by the Rasa String Quartet in candlelight.

The only downside of the concert was its brevity, as the entirety of the performance lasted under an hour. Out of Zimmer’s dozens of film scores and soundtracks, the show covered a mere twelve. By the looks of the entranced audience members, it seemed as if the quartet could have played for a few more hours without losing any viewer’s attention.

However, all-in-all, Zimmer’s remarkable music was made that much better by Fever’s concert with the Rasa String Quartet. Though it might not be believable that the songs could become any more sentimental and meaningful, the candlelit concert found a way to do it.