‘As Anticipated’ Review: Boston Ballet Relishes in the Unanticipated 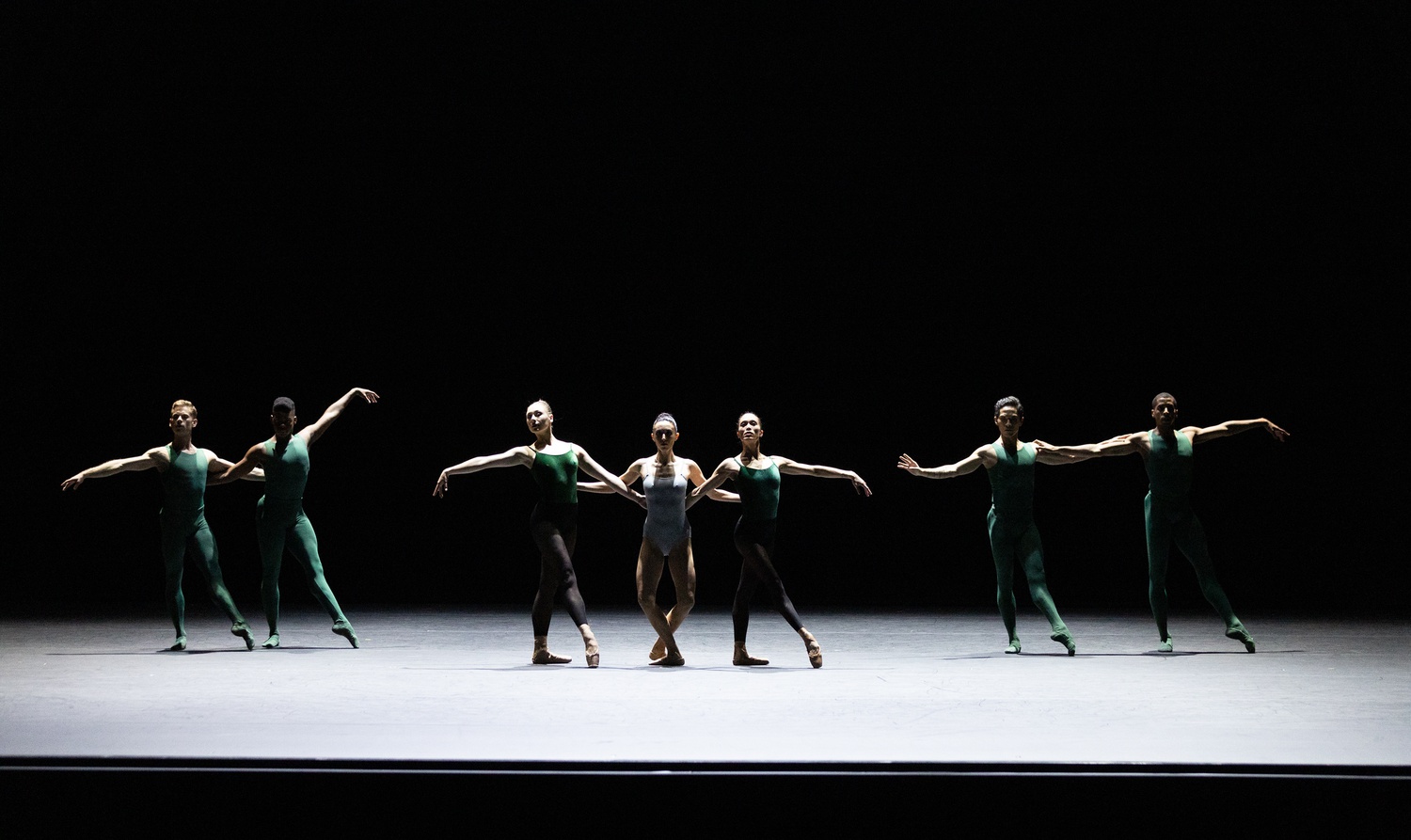 The Boston Ballet’s performance of “As Anticipated” was anything but. During the company’s first show since before the pandemic fully designed by choreographer William Forsythe, the dancers challenged the limits of expression. Boston Ballet dancers performed three Forsythe works in the show’s Nov. 3 to Nov. 13 run: “Approximate Sonata,” first performed in 1996; “Artifact Suite” (2004); and the world premiere of “Défilé.”

Forsythe’s work blends the choreographic careers of his classical predecessors with an exploration of modernity, breaking from traditional ballet boundaries in a style unprecedented enough to make Rudolf Nureyev stir in his grave. The choreographer’s innovative exploration of movement paired with the Boston Ballet’s stunning artistry made for a profound inquiry of themes of individuality and conformity, arresting the audience as they processed the unanticipated.

The curtain of the Citizens Bank Opera House opened first on Forsythe’s “Approximate Sonata.” And then closed. And opened again. Unpredictably rising and descending to ominously pulsating tones throughout the night’s opening act, even the curtain was integrated into the tension of the performance’s story-telling. The set itself continued to act as an added dancer throughout the night, as seen in the ever-shifting lighting designs throwing dancers’ shadows across the stage in “Artifact Suite.” The curtain’s closing speed after each subsection of “Défilé” also subtly increased, until it slammed onto the stage with such force as to become a percussive supplement to the music.

The brilliantly choreographed series of pas-de-deuxs in the first act at once leaned into and deflected the uneasy edge generated by the set and accompanying sounds. Partners brought to life a series of cause-and-effect movements, which featured a highly refined sensitivity to the other dancer. Principal dancers Lia Cirio and John Lam (who also teaches at the Harvard Dance Center) opened the show with sensational athleticism and grace as they honored Forsythe’s balance of classic pas-de-deux elegance and the contemporary take on partner-work. Simultaneously defying and reveling in the physics of movement, the pair precisely articulated movements which variously paralleled, complemented, and contradicted each other. Throughout “Approximate Sonata,” dancers alternately echoed and countered each other’s extensions, lines, and movement qualities. They intertwined and separated in penchés and partner pirouettes, forging an unexpected synthesis of the staccato, legato, the free, and controlled.

Forsythe’s innovation in solo and partner choreography shone brightly against the backdrop of the ensemble, which was far from relegated to the background. Instead, the hypnotically synchronized movements enveloped and blended seamlessly with the work of the soloists. The solo choreography intersected and dissolved into that of the ensemble, the dancers escaping and rejoining the corps to proffer questions of individuality in the face of conformity.

The ballet’s mesmerizing choreography continued to stun in “Artifact Suite” with further captivating experimentation in the corps de ballet. The ensemble moved as one à la the Royal Ballet’s Swan Lake Act II, yet their movements broke free from traditional ballet as they clapped rhythms and played with both robotic and free-flowing motions. Rising abruptly from their undetected positions on the floor upstage in the second section, the ensemble’s repeated defiance of the predictable elicited audible surprise from observers.

“As Anticipated” left the audience in breathless suspense, strung between each delightfully unexpected moment. William Forsythe’s choreography in conversation with the Boston Ballet’s renowned skill and artistry imbued new life into the expressive capacity of ballet. Confronting the viewer with contemplations of the human experience, the performance saut-de-chat-ed over the balletic boundaries observed by Forsythe’s predecessors and into the ballet of the modern era — one freed from the confines of the anticipated.