‘Enola Holmes 2’ Review: Lackluster In Comparison to Its Successful Predecessor 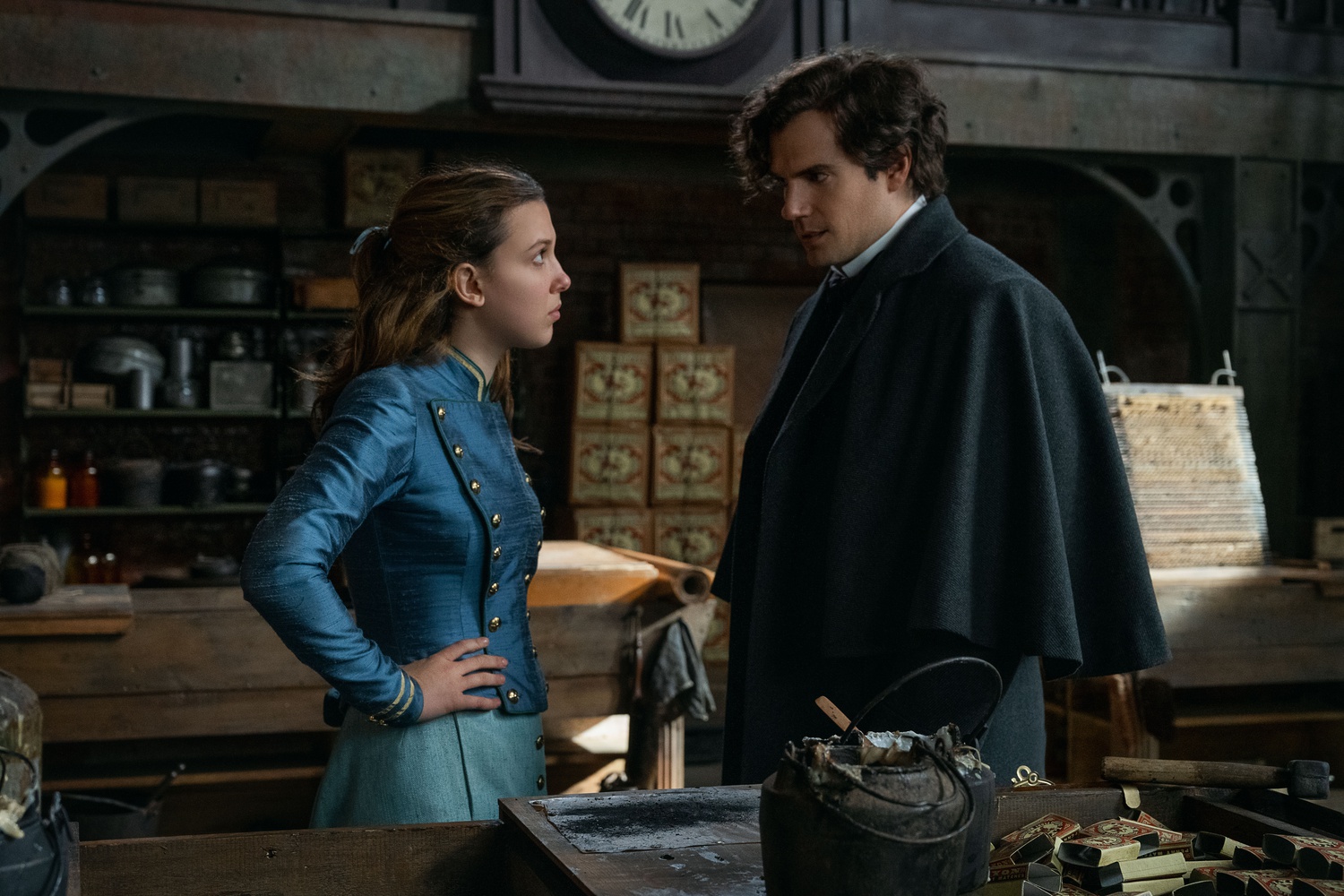 Even though “Enola Holmes 2” dims in comparison to the first film in the mystery series, it is charming nonetheless. The “Enola Holmes” movies depict the adventures of Sherlock Holmes’s teenage sister, Enola, in a manner unlike many other mystery films. With a teenage heroine at its helm, “Enola Holmes” makes the mystery genre more accessible to younger audiences through wit and expressions emblematic of young generational humor. With a stellar cast and engaging story, it is no surprise that this film was highly anticipated.

The film follows Enola Holmes (Millie Bobby Brown), now with her own detective business, after she is handed her first real case: finding a missing girl. To solve her case, Holmes recruits help from her brother Sherlock Holmes (Henry Cavill) and love interest Tewksbury (Louis Partridge). “Enola Holmes 2” also continues the franchise’ focus on promoting and illustrating the fight for women’s rights: The film is based on the true story of the Matchgirls Strike in 1888 and the legacy of labor activist Sarah Chapman.

Enola Homes resonates with audiences not only because of her connection with Sherlock Holmes, but also due to the whimsical and silly nature of each scene that differs from traditional detective mysteries. The writing of “Enola Homes 2,” however, strips some of this humor away, resulting in a Holmes that is more bland and static than audiences remember. The result is a film that is simply less exciting and engaging than the first, effectively bringing into question the longevity of the series’ charm.

Millie Bobby Brown’s performance, however, prevents the film from fully remaining in the shadow of its successful predecessor. Where the film’s writing falls short of engaging audiences, Brown’s likable charm, engaging mannerisms, and exceptional delivery effectively carries the movie. Brown shines the most in her delivery of quirky one-liners and seamless transitions between dialogue and breaking the fourth wall. In addition, Brown’s youthful, engaging energy is highlighted in each scene and makes the film more exciting and enjoyable — mainly in its contrast to a sense of seriousness found in other detective pieces.

The film also features notable performances from Helena Bonham Carter, Henry Cavill, and Louis Partridge. Carter, who plays the mother of Enola and Sherlock, shines especially in her delivery of snappy dialogue and in her depiction of a strong-willed figure determined to further the fight for women’s rights. Additionally, both Henry Cavill’s and Louis Partridge’s portrayals of their characters complement Brown’s performances well in each scene. By including the well-known Sherlock Holmes, along with a charming love interest, to accompany Enola's expressive personality, the film becomes more dynamic and engaging.

Despite stellar performances, the film fails at living up to the expectations created from the first film. With a slower plot and sporadic editing, “Enola Holmes 2” does not add much to the Holmes canon. The story, especially in the first half of the film, dragged on too long, often featuring long, dull scenes of dialogue and lacking the action that is usually a feature of these films (as Enola Holmes is highly skilled at combat). Transitions between scenes are similarly misplaced and choppy, with each scene seeming to jump to the next too unexpectedly.

While Netflix has not yet confirmed “Enola Holmes 3,” these films are based on The Enola Holmes Mysteries, a book series written by Nancy Springer. The series consists of 9 novels, leaving high promise for the continuation of the Enola Holmes series.