‘38 at the Garden’: A Dive into the Time of Linsanity 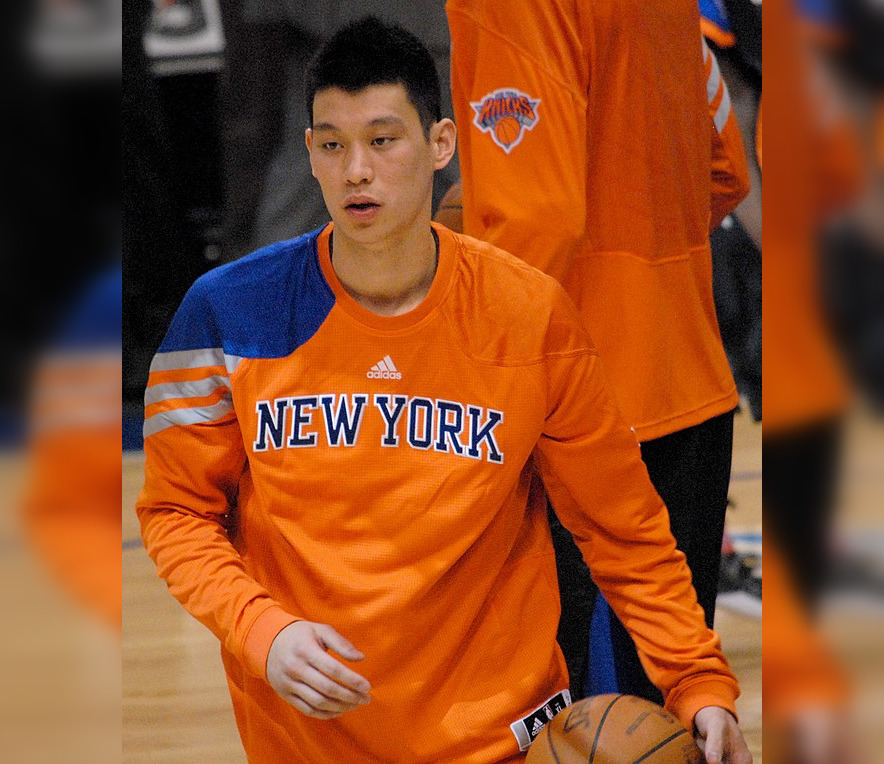 Jeremy Lin '10 with the New York Knicks in March of 2012. By Courtesy of scott mecum / Wikimedia Commons
By Christian A. Gines, Contributing Writer

In February 2012, for about two weeks, an undrafted point guard from Harvard took the world by storm, skyrocketing overnight into one of the most famous basketball players in the world. On Nov. 10, everyone from college students to basketball fanatics in the Cambridge community gathered in the Sanders Theatre to view “38 at the Garden” — a short film documenting the rise to fame of Jeremy Lin ’10 — as well as a panel and live video from Lin himself.

The documentary covers the Cinderella story of Lin’s 2012 stint with the New York Knicks, beginning with background on Lin’s early life before exploring the details of Linsanity leading up to the Knicks’ game against the defending champions Los Angeles Lakers in Madison Square Garden — a team spearheaded by such stars as Kobe Bryant, who was second in the league in scoring during that year. In that game, at the height of his hot streak, Lin topped Bryant with a whopping 38 points. This time period, in which Jeremy Lin led the New York Knicks to 7 consecutive wins and a 9-3 record during the final 12 games before the all-star break, eventually propelling the knicks to the playoffs, was aptly dubbed “Linsanity.”

Professor Fung noted during the panel discussion that it was important to see Iman Shumpert and Tyson Chandler, two African American men, because their perspectives provide a “great idea of multiculturalism.”

This comment perfectly epitomized the themes of the documentary and the panel: The film isn’t solely about basketball but also representation.

Taeku Lee said that the documentary was “fantastic” and showed how Linsanity was, for any Asian American immigrant, a defining moment “for their sense of possibility.”

Throughout the documentary and the panel discussion, Lin was described as a figure that “broke the matrix,” as Hasan Minhaj says in the film. Director Frank Chi furthered this message by saying that his film highlighted an impossible moment where anything seemed possible.

Ultimately, the strongest theme of the night was unity and bringing people together. Frank Chi described “38 at the Garden” as a “Multicultural production” and a testament to “saying things out loud.” The documentary is only 38 minutes long, and that was a deliberate choice by producer Travon Free.

“You have 38 minutes to learn about what it’s like to be Asian in America right now,” Free said.

Professor Lee captured the optimistic sentiment of the night best while explaining the difference between hope and uplift — something Lin provided during his magical run.

Uplift is something you need “when you’re down and out, and you need to find a way to look up.”