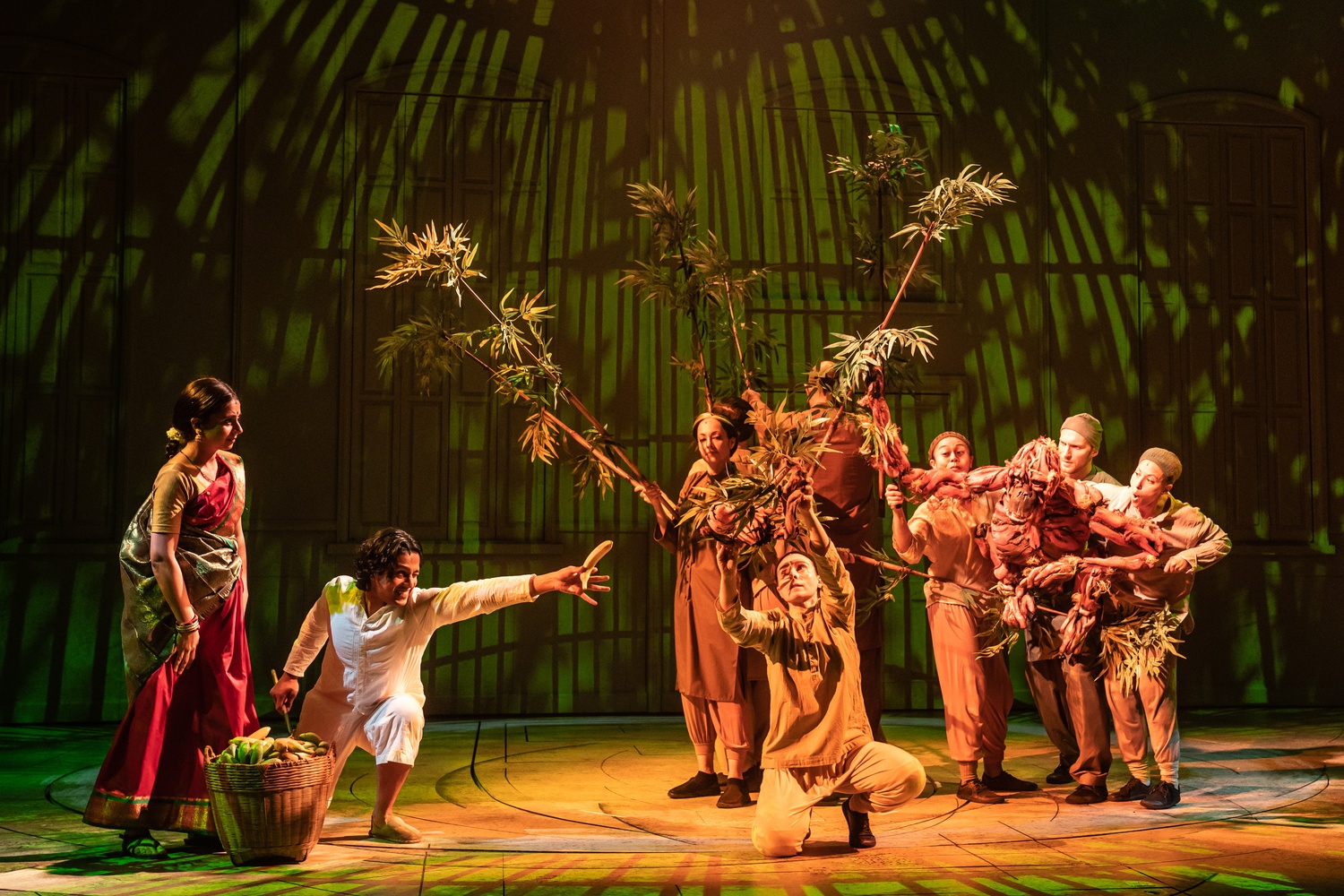 This article contains some spoilers for "Life of Pi."

“Life of Pi,” which is currently playing at the A.R.T. through Jan. 29 and set to move to Broadway in March, is filled with platitudes, but the play is not really about almost any of them; nor is it, thank God — or Allah, or Shiva, or a Bengal tiger named Richard Parker — a platitude itself, though it comes dangerously close.

The play, based on Yann Martel’s 2001 novel of the same name, follows an Indian teenager whose family, seeking a better life and political stability, embark on a journey to Canada. En route, a storm sinks their ship, leaving Pi (short for Piscine, after Paris’s Piscine Molitor; played by Adi Dixit) stranded on a lifeboat with a hyena, an orangutan, a zebra — all from the zoo run by the Patels — and the aforementioned Mr. Parker. That is the premise for most of the plot, which concerns itself with, one, Pi’s struggle to survive at sea, and, two, his recollection of his survival to Lulu Chen (Kirstin Louie) of the Canadian embassy and Mr. Okamoto (Daisuke Tsuji) of the corporation that owned the sunken cargo ship. Mr. Okamoto, who has an insurance report to fill out, is more than a little keen on getting the details right, and his resistance to Pi’s fantastical story serves as the central metaphor for the play, which is, quite explicitly, an allegory on religion.

Young Pi is a deeply religious man and a believer, above all, in playing all sides of the spiritual fence. In an early sequence, the Patels are visiting a market in the last days before their departure when they are confronted by representatives from a local mosque, church, and Hindu temple. It emerges that Pi has been visiting all three, for which the adults unanimously scold him: You have to pick one, because that’s how the “real world” works, his mother (Mahira Kakkar) tells him. Pi objects: “You all are asking me to choose between different versions of the same thing,” a protest supported by the tedious repetitiveness of the three clerics’ repeated pitches.

“Life of Pi” might be a different play if the Christian (Avery Glymph, who also plays a credible Navy Admiral) and the Hindu (Sathya Sridharan) got into an argument over the distinction between and relative merits of monotheistic and polytheistic frameworks for understanding the world, or if the Muslim (Salma Shaw) and the Christian entered into a detailed discourse on the ontological stability of the Trinity but there is no room for such discussions in “Life of Pi,” which takes up such subjects as reincarnation versus ascension to Heaven and discards them as frivolous and academic. This is one of the play’s weak points: If art is to take up philosophy, it must do so with some measure of rigor and depth. The moment when a thirst-addled Pi sees a vision of his sister demanding to know what kind of God would have allowed her to drown was probably quite astounding to all two or three members of the A.R.T. audience who had never encountered the problem of evil before.

Where “Life of Pi” succeeds is in its dramatic power and the ability to channel it into ideas. The play’s thesis is that since there is no evidence for or against God’s existence, the question of religious belief is really a choice: Which story do we like better?

Late in the play, the tiger story, already of tenuous realism, becomes unacceptably incredible when Pi reports that he and Richard Parker eventually landed on a carnivorous island. Mr. Okamoto demands to know once and for all what “really” happened to Pi, and Pi, giving in, tells a far more mundane story about the human survival instinct in dire straits. He asks Mr. Okamoto which story he prefers, and Mr. Okamoto admits that the animal story is better. “Yes, and so it goes with God,” Pi smiles while the music swells. The play ends on the revelation that Mr. Okamoto has chosen to recount Pi’s original version of events in his official report to the insurance company.

This shouldn’t work — and, indeed, the play could do without Pi’s Aesopian final line and the prerecorded “Behold! A theme!” music that follows it — but it does, because the puppetry that makes Richard Parker and his fellow animals come alive is so good, and Pi’s starving delirium and Crusoean survival techniques are so credible, that the story speaks for itself simply through how compelling it is.

It is true that we have seen puppetry before, and it is true that “Life of Pi”’s does not seem to break new ground, but neither fact detracts from this puppetry’s excellence. The animals’ motion is superb, and their design — fleshy, decaying, as if they are already dead the moment they prance onstage — lends “Life of Pi” a much-needed haunting edge. Richard Parker in particular moves with so lovely a skulk that we join Mr. Okamoto in choosing to believe in his existence at the play’s end. Sure, a carnivorous island is a stretch — but look at how his paws lift off the ground, and look at how his shoulders shift when he walks!

If “Life of Pi”’s final message is that epistemic virtue has less to do with rigorous provability than with the fullness or liveliness of a given narrative, it is a message that lands because of how fully “Life of Pi” has made itself felt to its audience.