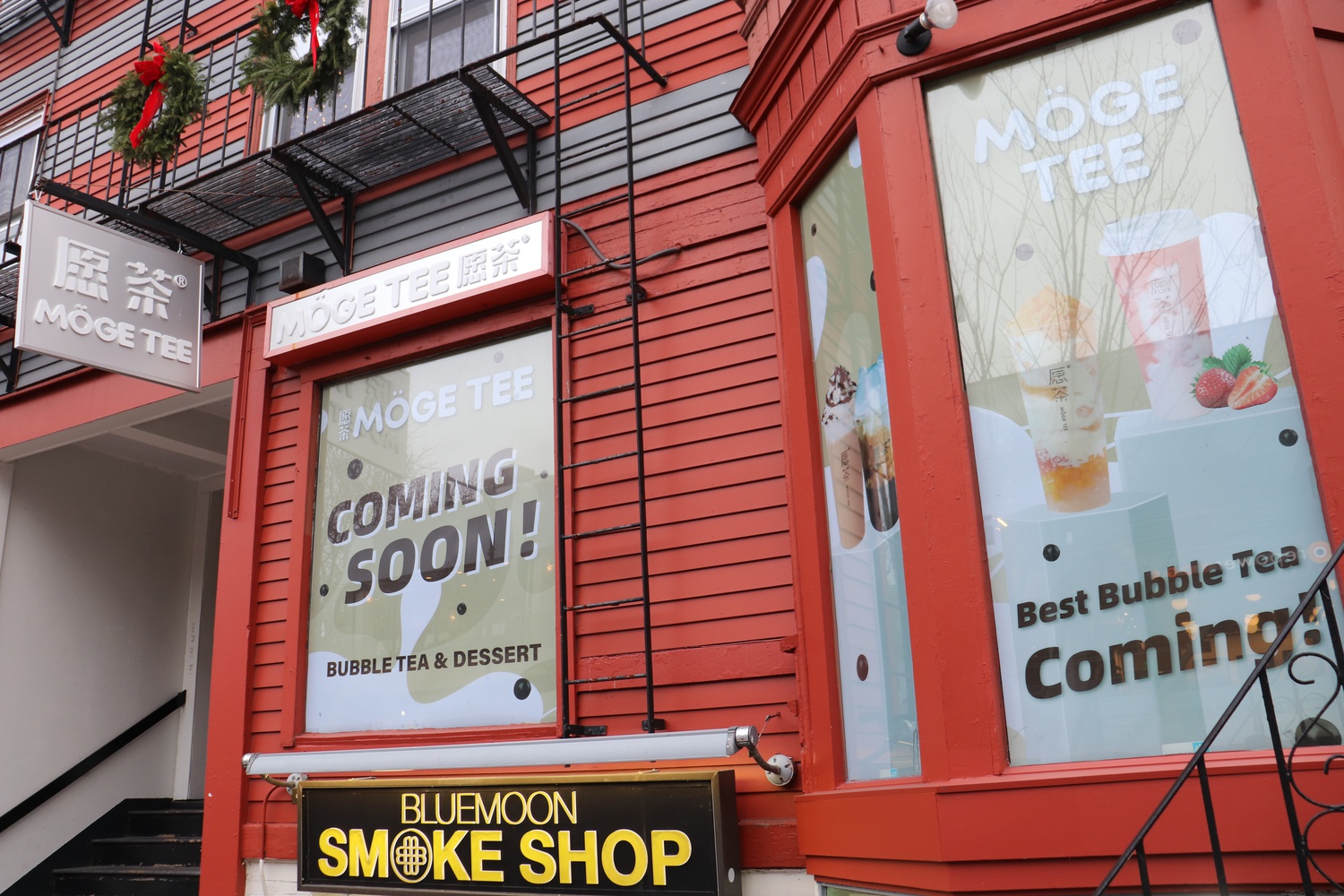 Boba shop Möge Tee will open in Harvard Square in early 2023 at 54 JFK St. — the same location as Boston Tea Stop, which closed its doors in December 2021.

The number of Harvard Square boba shops has multiplied in recent months, with Gong Cha and Tiger Sugar joining Kung Fu Tea this fall. Möge Tee will be the fourth shop to open by Harvard’s campus.

Two other Möge Tee locations currently operate in the Boston area — one in Central Square and one in Allston. Lim Ting and Yingqi Su, co-owners of the Harvard Square location, also own the Central Square shop.

Ting said he hopes to cultivate a welcoming environment and make Möge Tee a go-to spot within the Square, like he said Boston Tea Stop once was.

“We love the community,” he said. “We want the students to join us.”

She added that since her freshman year many of the Square’s “staple personality stores have gone away.”

Other students are excited to welcome the new Möge Tee to Harvard Square.

“I’ve always wanted to try the Möge Tee in Central, so it’s exciting that one is opening in the Square,” Aviva L. Ramirez ’23 said

Su attributed her decision to bring the shop to Harvard Square to her days as an international student in Cambridge, when she often frequented the Square.

Su and Ting hope to distinguish themselves from the three other boba shops open in the Square with their large beverage selection.

The co-owners added they hope to open the store by Chinese New Year in late January. Ting previewed their plans to include a Lion Dance in the shop’s grand opening.

“It’s very good to start off the new year with loud noises,” he said.

Su and Ting, a married couple, said they are excited to launch another business together. Ting said the process of opening a store is “always very romantic” for the pair.

Su added that both of their Möge Tee locations hold unique memories, adding that her last 10 years in the United States are her “American dream come true.”

—Staff writer Kate Delval Gonzalez can be reached at kate.delvalgonzalez@thecrimson.com.