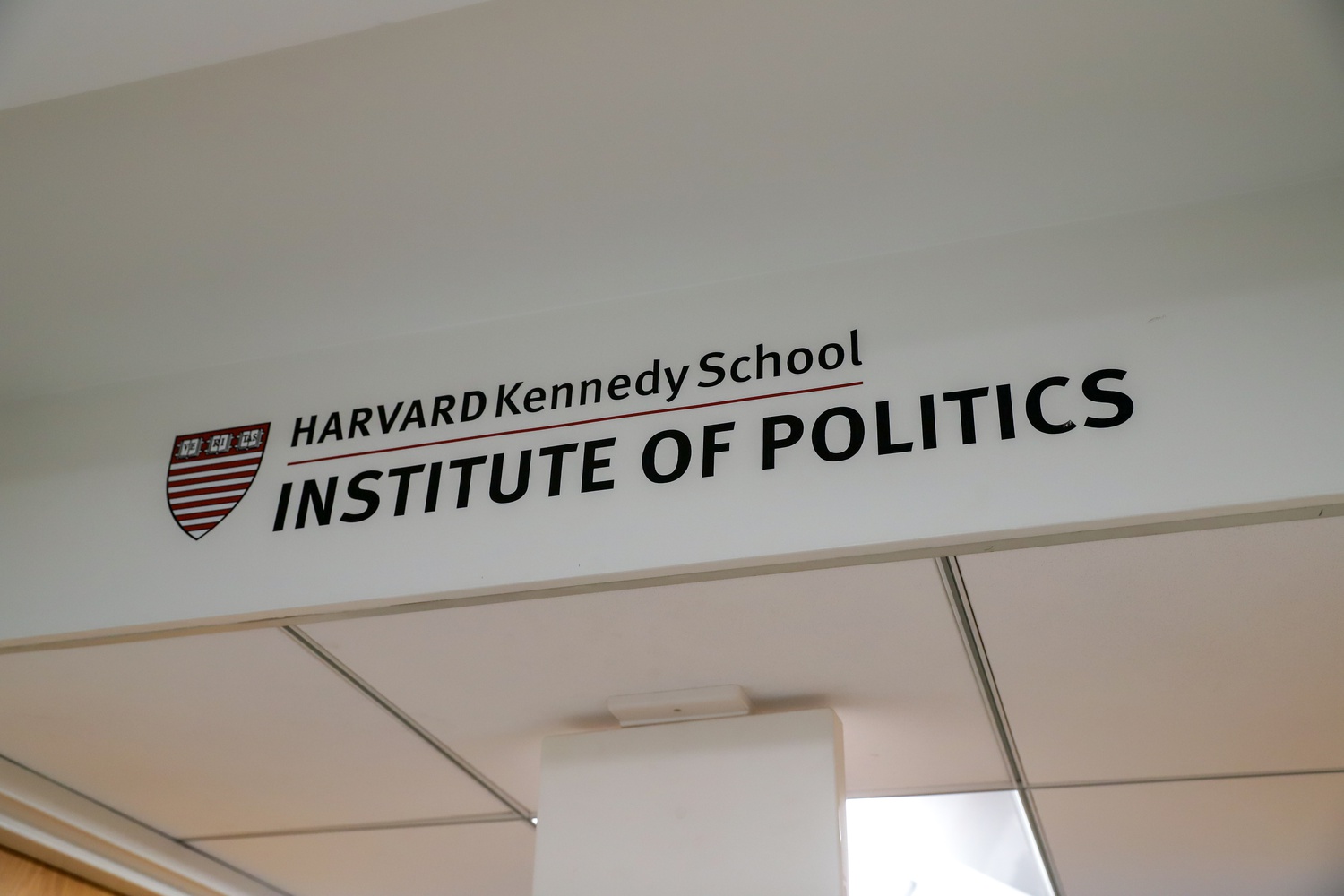 A pair of top political pollsters said Tuesday that the fast-moving foreign policy crisis in Ukraine and the uncertain trajectory of Covid-19 in the United States have cast uncertainty over the 2022 midterm elections, which will shape the latter half of President Joe Biden’s first term.

The pollsters — John Anzalone and Tony Fabrizio, who worked for Biden and former President Donald J. Trump, respectively, during the 2020 presidential campaign — spoke at a forum held Tuesday by the Harvard Institute of Politics. The talk was moderated by Gerald F. Seib, the Washington Street Journal’s executive Washington editor who currently serves as a spring 2022 IOP resident fellow.

The firms led by Anzalone and Fabrizio jointly conduct a quarterly political poll for the Wall Street Journal. The first iteration of the survey, which was released in December, showed that Americans hold largely pessimistic views of the future. Sixty-three percent of respondents indicated they believe the country “is headed in the wrong direction,” a change from previous sentiments.

“People were optimistic that things were going to be better for the next generation. Now, the answer is no,” Seib said in an interview following the event. “That’s a very big change.”

Fabrizio said the country’s poor expectations for the future present a problem for the Democrats in the midterms.

“When people … don’t see light at the end of the tunnel, that’s when it really becomes problematic for the party in power,” Fabrizio said.

The poll also showed a split between the issues that Americans believe each political party is equipped to manage. Voters trust Congressional Democrats more to handle healthcare affordability, the pandemic, and Social Security, the survey showed. But it showed higher levels of trust for Congressional Republicans on the economy, combating crime, and how to “deal with China.”

The panelists also discussed the domestic political impact of the ongoing conflict between Russia and Ukraine.

The Wall Street Journal poll estimated that 14 percent of voters remain undecided going into the midterms — including a disproportionate number of people of color and young people.

“The media consumption for young voters has just plummeted to a point where we’re almost not reaching them now,” Anzalone said. “The big concern for Democrats — because they’re mostly Democrats — is that they just don’t come out to vote.”

In an interview after the event, Seib pointed to disillusionment among young people as a reason behind low turnout at the polls.

“There’s a tendency, or at least a temptation, for young voters to get so discouraged at the difficulty of changing the system for the better that they simply give up and walk away,” Seib said. “I think it takes work by the parties, by candidates, and by people like the groups on this campus to keep reminding voters it does matter.”