Wolf belted her way through hit after hit, her voice soaring over funky bass and shimmering guitar riffs. 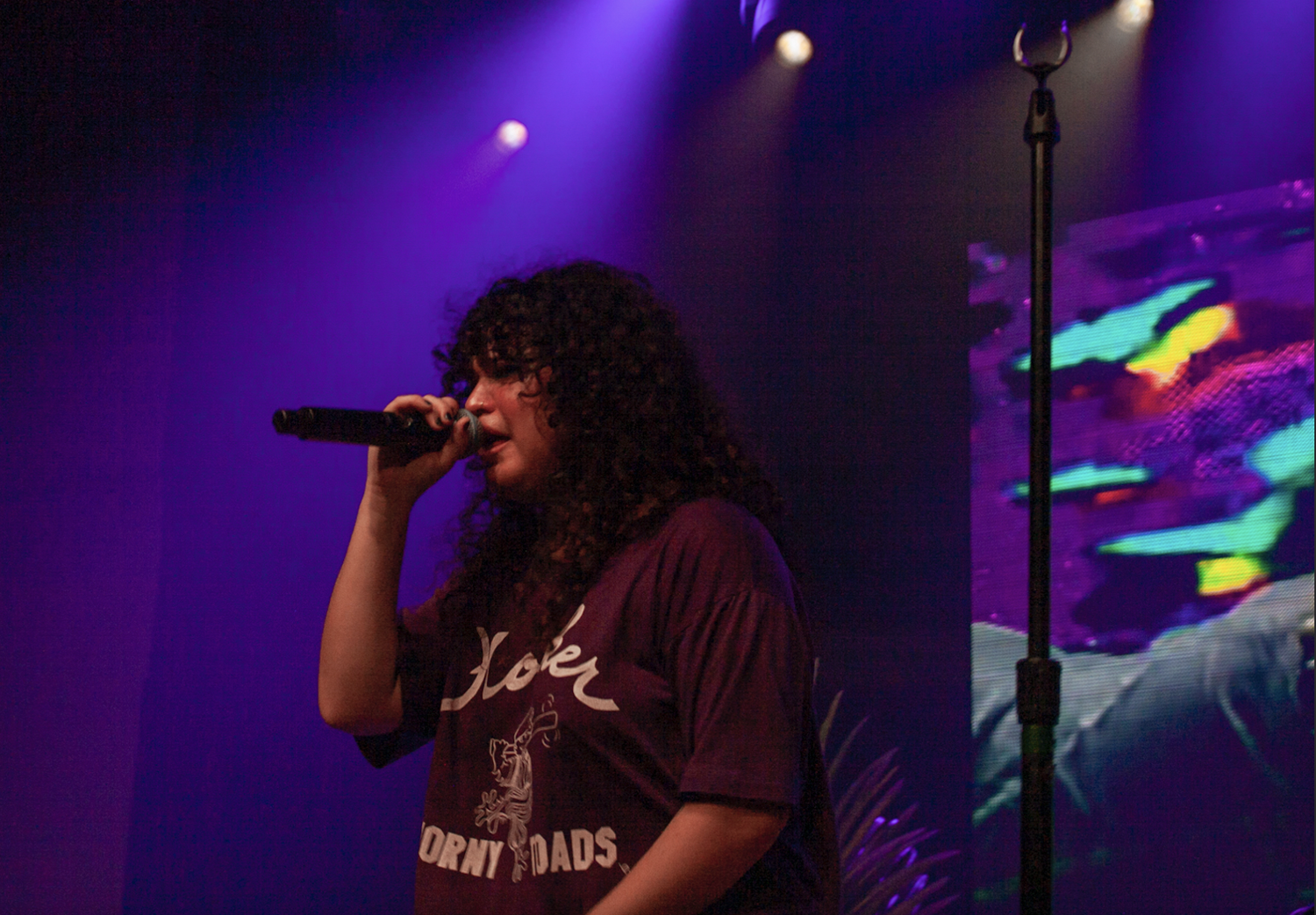 Remi Wolf stopped at the Royale in Boston on Feb. 13. By Courtesy of Sofia Andrade
By Sofia Andrade, Crimson Staff Writer

Over the course of more than three years making music, three EPs, and a critically acclaimed debut album (2021’s “Juno”), alternative funk-pop artist Remi Wolf has more than established herself as the quintessential Gen Z pop star: effervescent, unapologetic, devoid of the compulsion to stick with tired genre conventions, and effortlessly cool. Indeed, much of Wolf’s music is defined largely by its willingness to break down the walls of genre, leaning instead into innovative blends and stylistic collages that keep her at the cutting edge. (It’s no wonder she has a viral TikTok hit under her belt.) On Feb. 13, Wolf stopped at the Royale in Boston for one of the last shows of her sold-out nationwide headlining tour with supporting act Grace Ives.

“My name is Remi Wolf, and we are in Boston,” she said upon walking onto a stage decorated with a hand-painted couch and colorful rug, both of which glowed neon under the venue’s fluorescent lighting. With that, the California native began what would become a nearly two hour set, captivating from start to finish. From the moment she stepped on stage, Wolf’s stage presence was unmistakable — a fact she ensured no one would forget as she gave eager audiences an expansive tour of her growing discography. Outfitted in Pepto Bismol-pink Uggs, sweatpants, an oversized t-shirt emblazoned with the words “Horny Toads,” and a rotating cast of headwear, Wolf belted her way through hit after hit, her voice soaring over funky bass and shimmering guitar riffs. 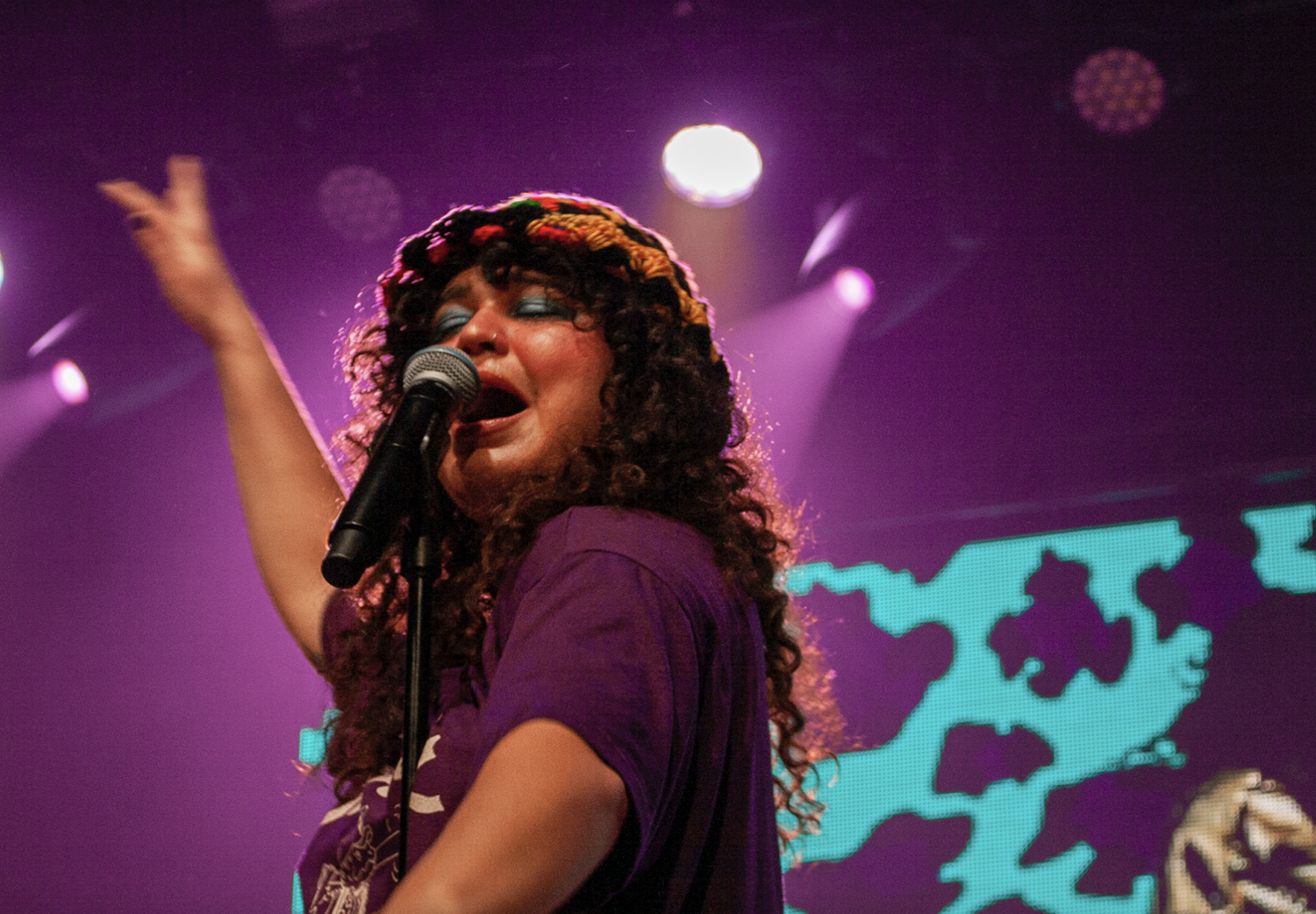 Remi Wolf's vocals were strong and impeccable throughout. By Courtesy of Sofia Andrade

Wolf’s power-packed set began with a particularly energetic rendition of “Liquor Store,” the first single off of “Juno.” “Liquor store, 'cause I want morе, carnivore / Eating my heart out, liquor store,” she sang while dancing around the stage, sure to give attention to every inch of the crowded club venue. The song, a candid track written about Wolf’s self-prescribed “fear of abandonment and dependency on people and alcohol,” proved a catalyzing start to the show. Throughout the Royale, an eager audience decked in glittery makeup and trendy hairstyles itched to sing along to the song’s iconic bridge: “Two, four, six, eight, who do we appreciate? / You, motherfucker, you, you, motherfucker.” Other fan favorites like the intoxicatingly catchy “Monte Carlo,” “Shawty,” and “Woo!” provided similar opportunities for Wolf’s audience to get in on the fun, screaming the lyrics into Wolf’s held-out microphone.

In an already strong set, “Liz,” also from “Juno,” proved a sure stand-out early on. Wolf started the song from the couch, lounging with a drink in hand before standing up and diving into the song’s heart wrenching chorus, among the more explicitly vulnerable and lovelorn in the singer’s repertoire. Mic stand clenched in hand, Wolf gave her all to the song. Her signature raspy voice pushed against the smooth instrumentation of the track almost to the point of breaking, but it never lost its strength. The fact that she was able to keep up the caliber of her voice throughout the show — amid a seemingly endless stream of incredibly vocally-demanding songs — was itself an unmistakable feat.

With her commanding presence, Remi Wolf appeared nothing if not comfortable on stage. Ever the entertainer, she led fans through breathing exercises, spontaneous introductions, alternative song endings, covers of early 2000s hits “Crazy” (by Gnarls Barkley) and MGMT’s “Electric Feel,” as well as improvised stage antics. At one point, she replaced drummer Conor Malloy on the drum kit while he, iPhone in hand, read out “positive affirmations” from his Notes app. “I am in the right place doing the right thing…. I know how to do my taxes,” he chanted, and the crowd repeated each affirmation back to him in unison. Brought to life by the band’s chemistry (Wolf and guitarist Jack DeMeo rolled around on the floor on more than one occasion) as much as by Wolf’s own performance chops, the show was a vitalizing family affair. 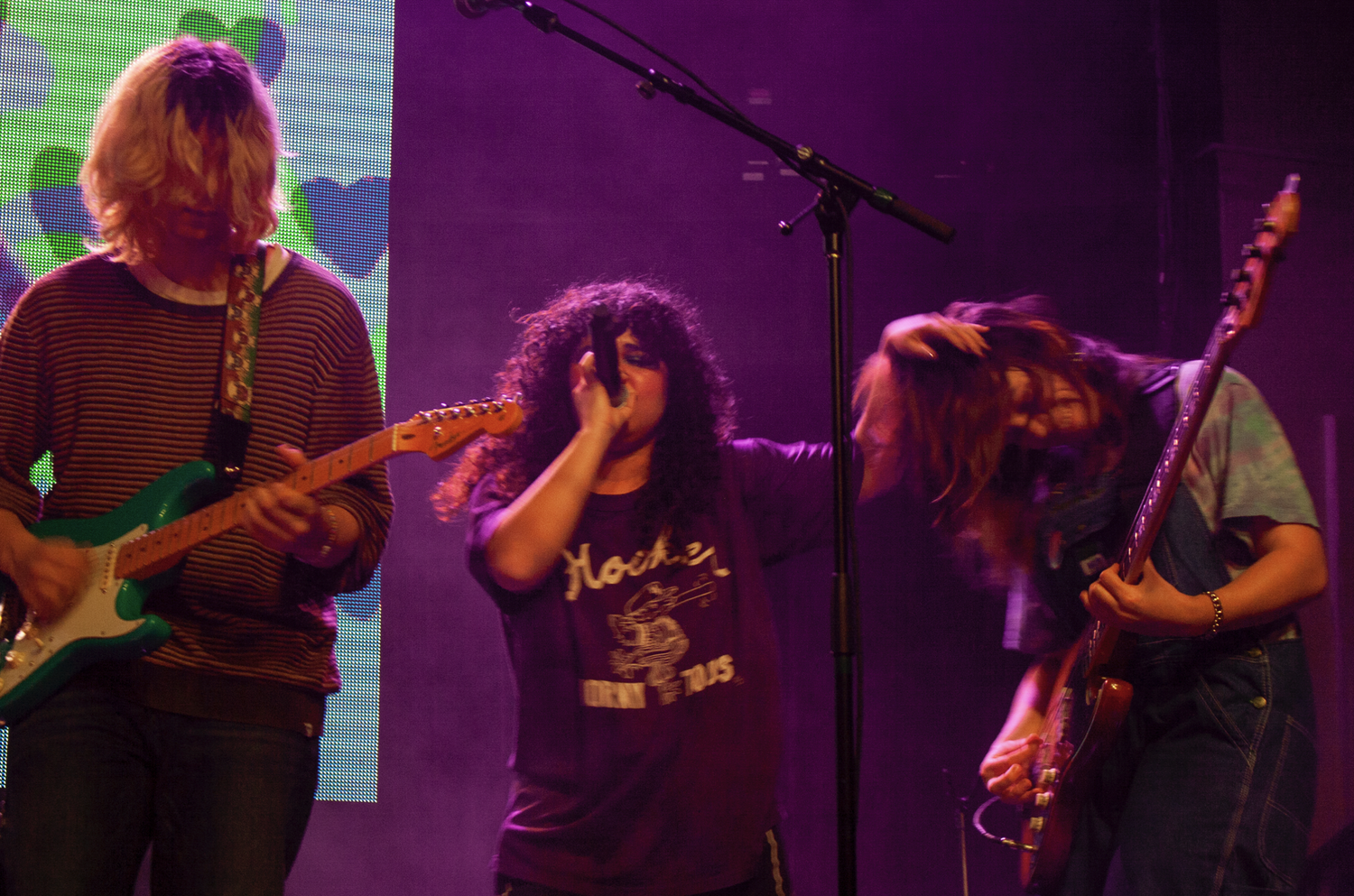 Wolf proved she had the range, too. From the soft and breaking ballad “Street You Live On” to the manic firecracker that is “Quiet on Set,” she stunned and never missed a beat. By the time Wolf and her band left the stage after their main set, the pop artist had taken her audience to the farthest reaches of her irresistibly technicolor discography and back. Banger after banger, Wolf cemented herself further as alt-pop royalty. “Disco Man,” one of Wolf’s most popular songs and the last encore of the night, was no different. Marked by a grooving, R&B-inspired bassline, the song is effortlessly danceable and was the perfect note to end the show. “Said that he’s a disco man…. And I told him he could kiss my hand / If ya meet me at the disco, disco,” she sang, stretching out her hand and dancing around the stage with impossible energy. Exemplified in “Disco Man” as in every other song, her impressive vocals and contagious energy sustained the show throughout — a refreshing performance from an artist sure to only grow in popularity.

Wolf closed out the show like she opened it: “My name’s Remi Wolf. Thank you for coming. I love you very much. I’ll see you next time.” With a months-long U.S. tour with Lorde on the horizon, fans can rest assured next time will be very soon.