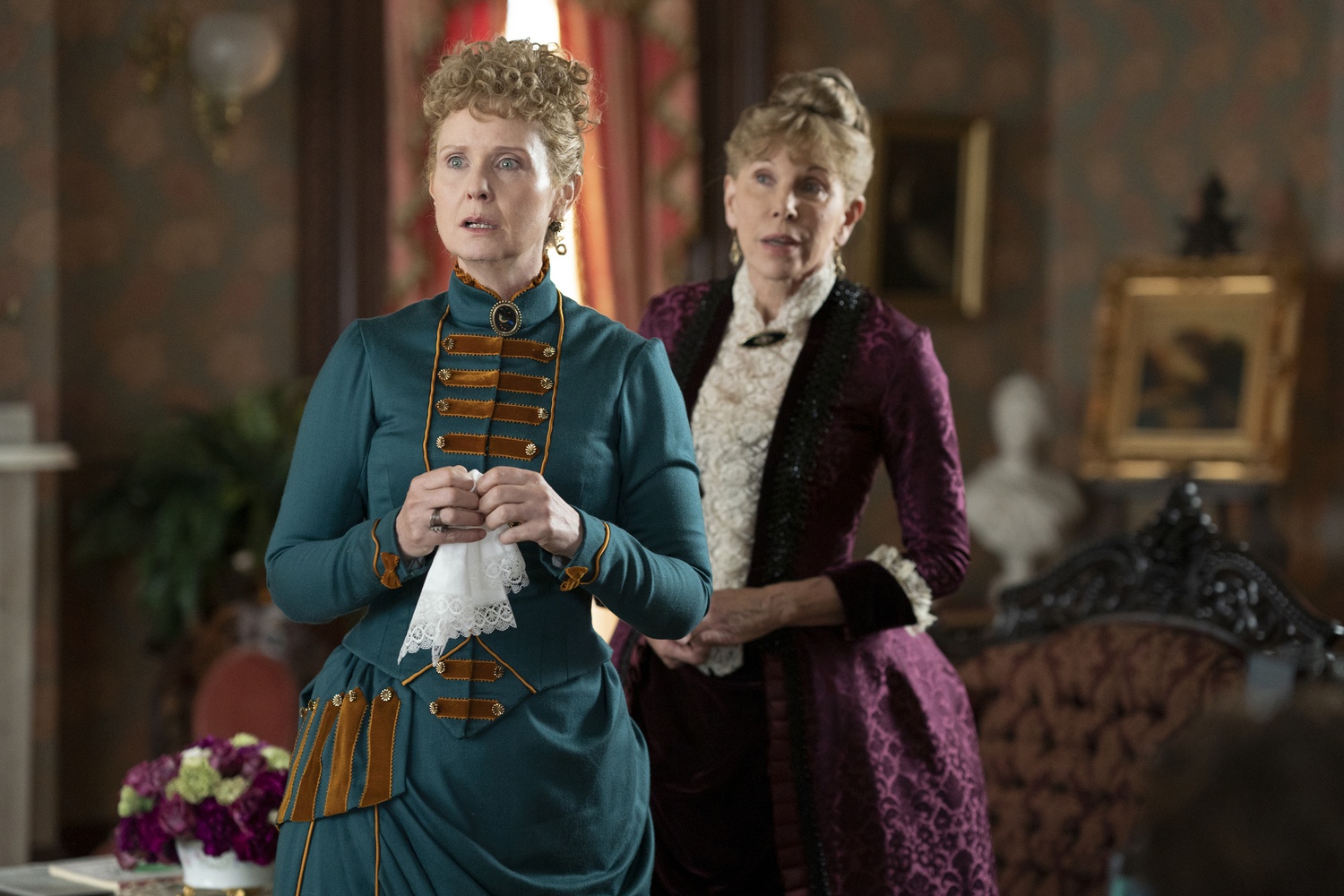 “You belong to old New York, my dear, and don’t let anyone tell you different.”

These are the words of Agnes Van Rhijn (Christine Baranski) to her niece Marian (Louisa Jacobson), the central character of HBO’s new show “The Gilded Age.” The year is 1882, and battle lines have been drawn between the wealthy scions of old New York and the unabashedly rich “new money” family that has just moved in across the street. This series — the brainchild of “Downton Abbey” creator Julian Fellowes — explores the conflict between the tradition and change that characterized the American Gilded Age in the late 19th century.

Exemplifying the material extravagance that disguised the underlying corruption and greed behind the rapid expansion of American industry, the show’s namesake was a period of great economic growth and cultural change in the United States. Such opulence and ambition is reflected in the characters Mr. George Russell (Morgan Spector), a railroad tycoon, and his social-climbing and cunning wife Bertha (Carrie Coon), newcomers to the New York social scene.

The show examines this clash between old and new, and its protagonist, Marian Brook, is placed right in the middle. Marian is a member of a distinguished “old money” family who must suddenly move to New York and live with her aunts, Agnes Van Rhjin and Ada Brook (Cynthia Nixon). As a new face in the realm of the old money, Marian is poised to bring these worlds together, and in the first episode she shows herself to be headstrong and unafraid to back down from her beliefs. Marian is also curious, sensible, and kind, but her lack of emotional complexity in the first episode renders her character likeable but uninteresting. Character depth and development are definitely things to look for in future episodes.

The first episode also introduces Peggy Scott (Denée Benton), an aspiring Black writer whose generous actions land her a job as Agnes’ secretary. The first episode lays the groundwork for a budding friendship between Marian and Peggy, as well as a backstory to fuel Peggy’s own character arc. Viewers will be glad to see that Peggy has her own virtues, flaws, and dreams, rather than just existing to further the story of privileged white people — a role that many Black characters have unfortunately been relegated to under the guise of false representation.

Marian’s aunts are two different sides of the same expensive coin, and their engaging back-and-forth throughout the episode is quite entertaining. Agnes is pretentious, old-fashioned, and stubborn in her beliefs — a symbol of the old guard’s legacy and staunchest opponent to the Russells. Aunt Ada is her confidante, but her sweet demeanor and attitude make her a calming force for all characters. Although she empathizes with Marian and helps her in her rebellious endeavors like attending the Russells’ party, Ada also lies firmly on the “old money” side of this battle.

The Russells are occasionally annoying but entertaining characters throughout. Mr. Russell’s character plays heavily into the cutthroat and savvy businessman archetype, and his insufferable and social-climbing wife embodies the flashy “new money” aesthetic as she tries to worm her way into New York high society, much to Agnes Van Rhijn and others’ chagrin.

At times, the dialogue and plot of “The Gilded Age” feel contrived or too good to be true, like the traditional and close-minded Agnes eagerly hiring a Black woman as a secretary or the overly-convenient chance meeting of Marian and Larry Russell (Harry Richardson), the eldest Russell child. But despite these shortcomings, the first episode of “The Gilded Age” manages to lend surprising nuance to its cast of characters. For example, Agnes appears unfairly cold and nasty until we learn that her bitterness is in part due to her sacrifice of marrying a cruel man to support her family. Even Mrs. Russell garners some sympathy from viewers after the epic failure of her big soirée, despite her obnoxious demeanor throughout most of the first episode.

For Julian Fellowes fans and viewers of “Downton Abbey,” this show feels very much like an inferior version of “Downton,” with superficial stylistic and aesthetic similarities but lacking a narrative that is equally as deep, emotionally driven, or meaningful.

“Downton” was a rich spectacle of nobility and elegance, with a cast of vivacious personalities and genuine emotional beats. From the first episode, it is unclear if HBO’s latest series will achieve the same emotional depth and power as “Downton Abbey.” Nevertheless,“The Gilded Age” looks promising, or at the very least entertaining, and audiences should look forward to indulging in this gilded escapism.

–Staff writer Arielle C. Frommer can be reached at arielle.frommer@thecrimson.com.