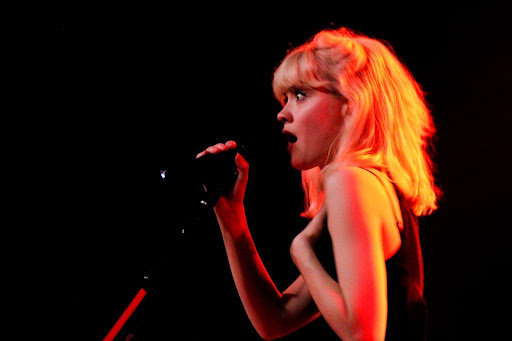 Maisie Peters Concert Review: Mazzie's Night In At The Sinclair

Maisie Peters takes center stage at The Sinclair. By Courtesy of Talia Lissauer
Peters made the concert feel like a girls’ night in, brimming with gossip, heartbreak stories, nostalgia for home, weird and current obsessions, and fun.
By Carrie Hsu

Lighting up The Sinclair in oranges, pinks, blues, and purples, English singer-songwriter Maisie Peters transformed the space into her very own bedroom — only with hundreds of people in it. Peters is celebrating the release of her debut album on a North American tour which began on March 1, 2022. From reading the signs fans held up, to listening to a fan’s heartbreak, to disclosing the “origin for all of her problems” and hating on Wordle, Peters made the concert feel like a girls’ night in, brimming with gossip, heartbreak stories, nostalgia for home, weird and current obsessions, and fun.

Peters sang most of the songs off of her debut studio album, “You Signed Up For This,” which debuted on Aug. 2021 and was the top selling album in UK independent record stores that week. The album was released under Ed Sheeran’s label, Gingerbread Man Records. A pop vocalist and songwriter, Peters first began releasing music in 2017 with her debut single “Places We Were Made.” She has since released two EPs in 2018 and 2019. Originally signed by Atlantic Records, Peters has been featured on the soundtrack of the film, “Birds of Prey,” as well as Apple TV+ Original Series “Trying” (for which she wrote the soundtrack album). 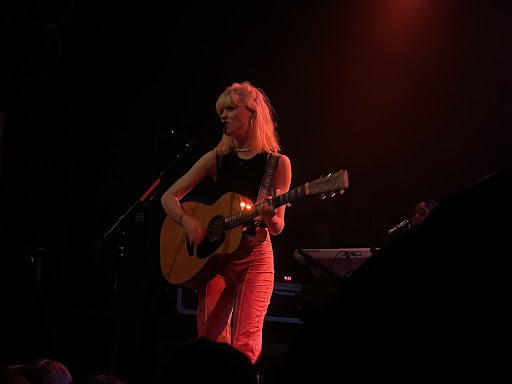 Maisie Peters performs at The Sinclair in Boston. By Courtesy of Carrie Hsu

Before Peters took the stage, the first part of her Tour Diaries played on a projector in the back of the stage. In the video, Peters gets pancakes with friends, spins in front of Chicago’s bean, invites a waiter to her concert, and laughs with her friends on how a passerby thought she was Dua Lipa. This sets up the tone for the rest of the show. When “You Signed Up For This” started playing, Peters ran out to centerstage to sing the chorus, conducting her arms wildly and shaking her hair in a frenzy. When she asked the audience whose heart has been broken, and a fan explained her heartbreak, Peters called the fan’s ex a twat and dedicated “Sad Girl Summer” to the fan. Peters revealed to the audience that she’s looked through opening act Jonah Kagen’s Notes app in a display of her curiosity about what runs through the heads of men. These small, conversational moments, sprinkled between her primarily upbeat songs, invited the audience into moments of shout-from-the-rooftops freedom and collective “wishing someone would be the person they’d be in like 15 years time.”

Though Peters performed some of her more melancholy songs in the middle of her set like “Places We Were Made” and “Pretty Girls Love Star Signs” (an as yet unreleased track), the show ended with a blast as the audience chanted her name. The result was a warm sense of nostalgia, a lot of fun, and a bit of familiarity — Peters had pranced across the stage for an hour, stomped her feet, danced with her bandmates, and sang her heart out as if she were alone and singing into a hairbrush to nobody and everybody all at once.