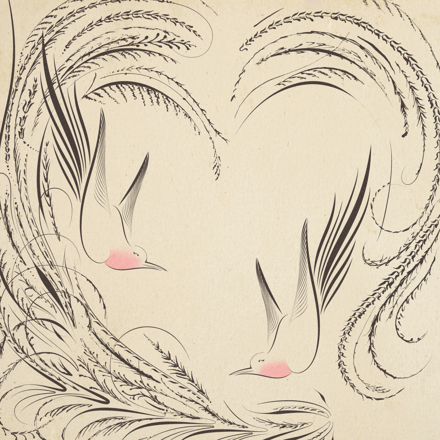 Single cover for FINNEAS's "Naked." By Courtesy of FINNEAS
By Jen A. Hughes, Contributing Writer

With his latest single, “Naked,” eight-time Grammy award-winner FINNEAS continues to set himself apart from his peers, adding another solid track to his remarkably consistent discography. “Naked” explores the blurred lines between indifference and bitterness following a breakup. The single marks the songwriter and producer’s first release since his 2021 debut album “Optimist.”

“Naked” opens with the soundbyte “this microphone is like the first time I've ever heard the truth in my life.” It’s an apt primer into what may be FINNEAS’s most honest storytelling to date. Marked by an uncharacteristic specificity in its lyrics, “Naked” is a notable departure from previous tracks on his discography, such as “What They’ll Say About Us,” where he tends to adopt a big picture lens on everything from love to death to politics. Instead, “Naked” feels grounded in detailed reality with direct references to one or more of the artist’s past lovers. The repetition of “I can't believe you’ve seen me naked,” captures both the literal and metaphorical struggles of his post-breakup anguish.

“Naked” is in many ways a heartbreak retrospective. Rather than centering the experience or emotions of breaking up, the song focuses on the uneasy coexistence of former lovers. In a recent TikTok, FINNEAS explained that the track describes the period when “the person you were so close with starts to feel like a stranger.” From losing the ability to make the other cry, to ignoring each other in public, the track grapples with the sudden distance of ex-lovers.

While the first half of the song serves up the groovy melodies listeners have come to expect from a FINNEAS track, the song’s rock-influenced bridge prevents the song from being stale or tired. Providing both a thematic and musical transition, the bridge reminds listeners that there’s a fine line between indifference and bitterness. The use of a building kick drum paired with the introduction of an electric guitar scales up the tension in the song, to a moment of thematic climax as the lens through which FINNEAS examines the breakup changes. What was previously an indifferent memory of an insignificant relationship quickly escalates into a bitter reflection on a relationship gone wrong. Citing the “time spent with my therapist,” and his ex-lover’s ability to “bury me alive,” the bridge unpacks the considerable baggage left in the wake of a messy breakup. The final chorus is an emotional rollercoaster before once again plateauing into indifference.

While FINNEAS has become a household name through his role as co-writer and producer for his sister Billie Eilish, his solo work remains criminally underrated among the general public. “Naked” adds to an already impressive discography. With a nomination for “Best New Artist” at this year’s Grammy Awards under his belt and new music on the way, he may finally get the recognition he deserves.