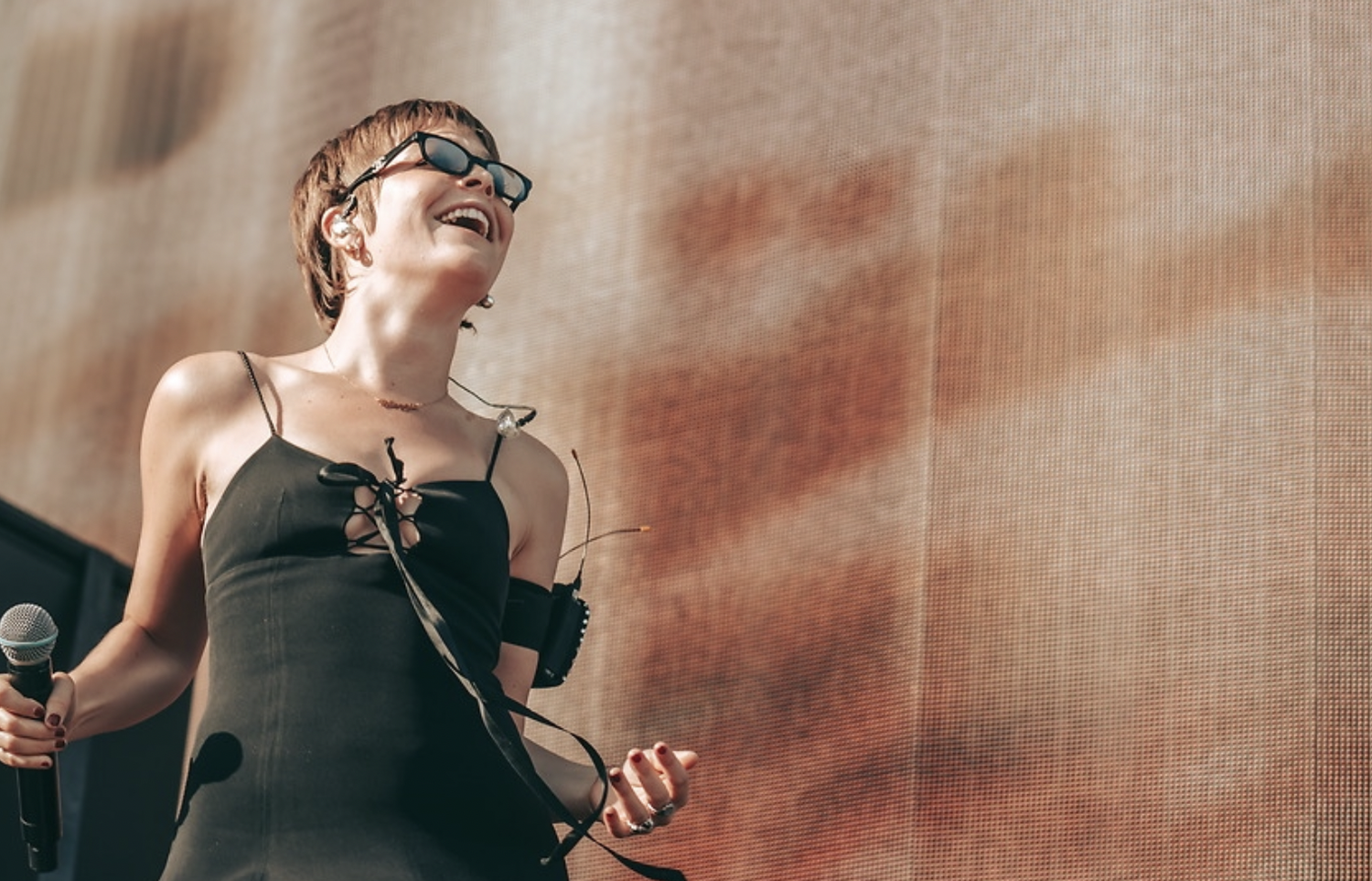 This past Sunday, a day before her twenty-eighth birthday, Maggie Rogers (who is currently a member of the class of 2022 at Harvard Divinity School) received one of the greatest possible presents: the opportunity to perform on the Coachella mainstage. In return, she gifted her audience with forty-five minutes of pure vocal perfection.

Rogers opened with the infectiously danceable “Give A Little,” the first track from her 2019 debut album “Heard It In A Past Life.” Immediately, the audience knew they were in for a treat. During the verses, Rogers sang at the upper end of her chest voice with perfect tone — a feat which is by no means easy, especially with clouds of Coachella Valley dust filling up the air. During the chorus, the bass guitar and drums worked together to create an irresistible groove that perfectly synced up with Rogers’ lyrics.

Moving on to “Retrograde,” Rogers continued her exhibition of vocal prowess. Notably, she maintained perfect control of her vocals despite the difficult range of the chorus, which transitions back and forth from chest voice to falsetto. Adding a fresh twist to the song, the band blended the chords into Whitney Houston’s “I Wanna Dance With Somebody,” which had a similar tonal structure to “Retrograde.” In a Houston-esque manner, Rogers’ large vocal range allowed her to do the iconic track justice. As the band played a funky beat, she belted the lyrics and basked under the desert sun.

Trying something new, Rogers announced she would be performing an unreleased track entitled “Want Want.” The song featured heavy guitar and a catchy chorus. “If you want, want what you want, want then you want it,” Rogers sang. This offered a sneak peek into her upcoming album July 29 “Surrender,” an album that is shaping up to be as good or even better than “Heard It In A Past Life,” if “Want Want” is any indication of its quality. 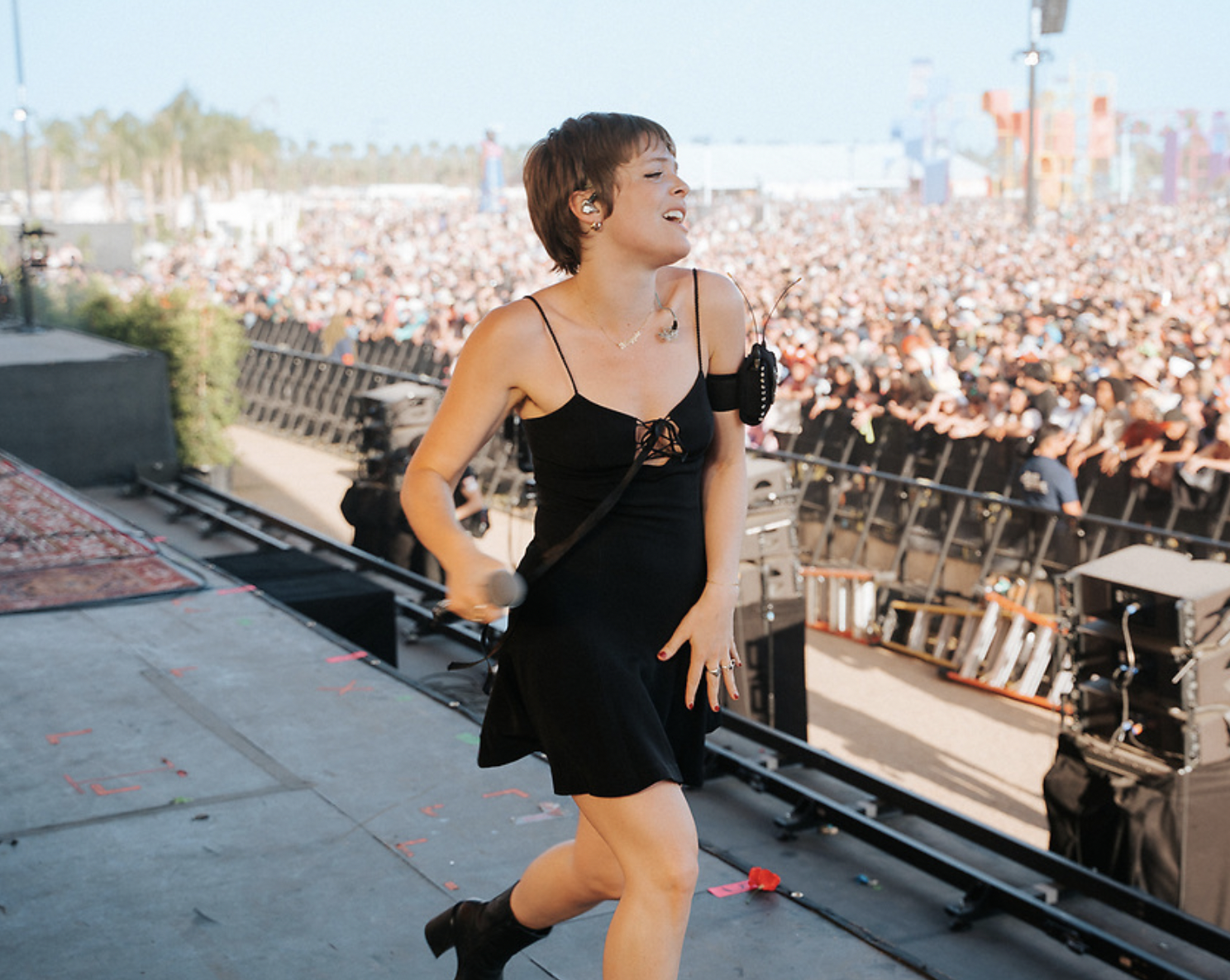 The true beauty of Rogers’ performance lay in her entrancing voice: One could listen to her sing for hours and never get tired of her deep, rich timbre. By Courtesy of Coachella / Jackie Lee Young

Despite the surging temperature and dwindling energy on the third day of the festival, Rogers winded up the audience with an “Are you ready to dance?” as 2019’s “Say It” began to play. She skipped across the stage and swayed along with the groove, oftentimes walking over to her guitar player and head-banging with him.

The true beauty of Rogers’ performance lay in her entrancing voice: One could listen to her sing for hours and never get tired of her deep, rich timbre. Thanks to a new arrangement of 2016’s “Alaska”— the song which first boosted her into the limelight — her voice became the primary focus of the track. She began a capella, gracefully singing,“I was walking through icy streams that took my breath away.” Slowly, the drums and electric guitar joined her, but just enough to uplift her crystalline vocals. Despite a few malfunctioning pixels on the LED screen behind her, the performance proved a moment of perfection.

Following this impactful rendition, Rogers performed her most famous song “Light On.” Hands in the air, the audience sang the words to the chorus, and a vibrant smile lit up Rogers’ face.

Ending with the same energy she opened her set with, Rogers performed another new song from her upcoming album. The April 8 single, entitled “That’s Where I Am,” was rock-infused, yet it maintained the same vocal sweetness which sets Rogers apart from her fellow artists. Over heavy electric guitar strumming, Rogers serenaded the crowd with her tone. Extending the song’s outro, she reprised the chorus and showed off her talent one final time, leaving it all on the stage.

Although the sun continued to beat down during the hottest part of the hottest day of Coachella’s second weekend, Rogers’ stage presence could only be described as cool and refreshing.