‘Surreal,’ ‘Thrilled’: Applicants React to Admission to Class of 2026 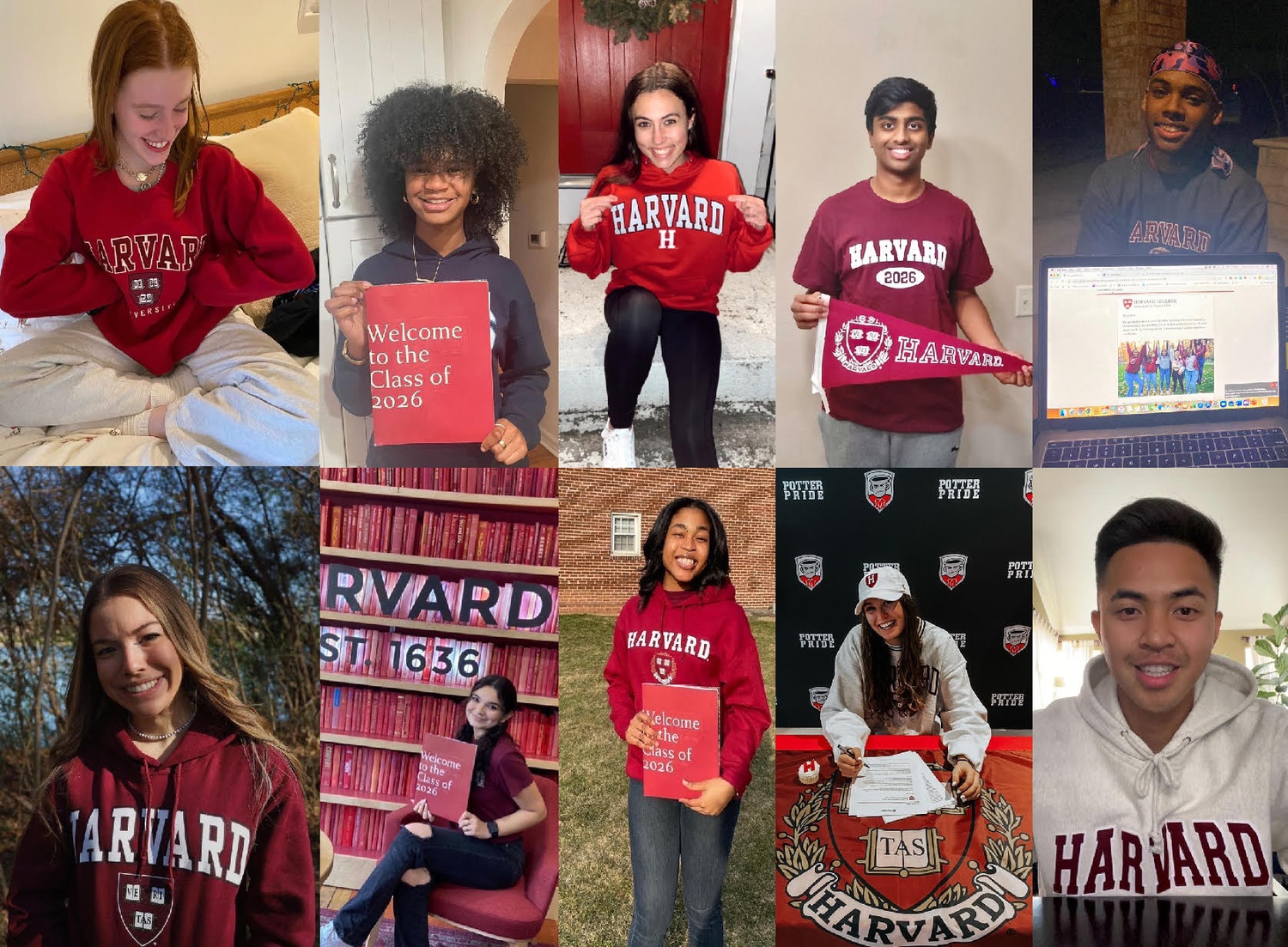 Torn between two schools, Ashley J. Vasquez Romo poked a hole on one side of an eraser and decided that the “poke” side would be Harvard, before throwing it up in the air.

Last Thursday, March 31, Harvard College admitted 1,214 applicants to the Class of 2026, joining the 740 admitted in the early round in December. The 1,954 students were chosen from a pool of 61,220 applicants — making for a record-low acceptance rate of 3.19 percent, down from 3.43 percent the year before.

Students admitted to the Class of 2026 expressed shock, excitement, and disbelief upon receiving their Harvard acceptances.

Vasquez Romo, a prospective member of the Class of 2026 from Las Vegas, said she felt her college application process had high stakes because her family members have not attended college.

After receiving her acceptance in December, she said her family’s reactions made her certain her work had “paid off.”

“My dad — he never cries, but he started tearing up and he had this huge smile,” she said.

A veteran admit from Delano, Calif., Ryan D. Garcia feared that being five years out of high school would hurt his chances of admission.

“It was a little bit different going through [the admissions process],” Garcia said. “It seemed like I was planning on climbing an uphill battle.”

Garcia said the moment he received a likely letter in mid-March was “surreal.”

Julia Santos de Alvarenga, an international student living in Texas originally from São Paulo, Brazil, said that it was a “very stressful process, especially as an international” applicant.

Alvarenga said despite the process’s stressful nature, she found it “fulfilling.”

“I learned a lot about myself and about the people around me, how I relate to them,” she said.

Student activist and founder of #1000BlackGirlBooks Marley E. Dias found it “socially validating” to be accepted knowing that her essays mentioned wanting to make change at institutions like Harvard.

“I hope to be an important voice for the changes that can be made in all institutions, particularly in predominantly white and predominantly incredibly wealthy and well resourced and less diverse communities,” Dias said.

“To know that they read that and were like, ‘We want her’ — it made me so happy because I wasn’t trying to shy away from my goals in disrupting things,” she added.

Mia A. Russ, a senior from Somerset, Mass., found her college application process “wild and crazy stressful,” but was “thrilled” when she got her acceptance.

It wasn’t until about 24 hours later that Russ said “imposter syndrome” set in, but she added that she tries to remind herself that her Harvard experience will be about more than just academics.

“I don’t know how I’ll measure up to these people in a classroom setting, but it’s just nice to know that everybody’s human,” she said. “We’re not all these robots who are really good at school — everybody has a personality, everybody has a story.”

Looking back on the experience, Dias said she learned to “remain confident in my capabilities, regardless of the outcome.”

“Now that it’s over, I feel a real contentment with who I am, what I’m capable of, and the communities that are out there for me in the future,” Dias said.