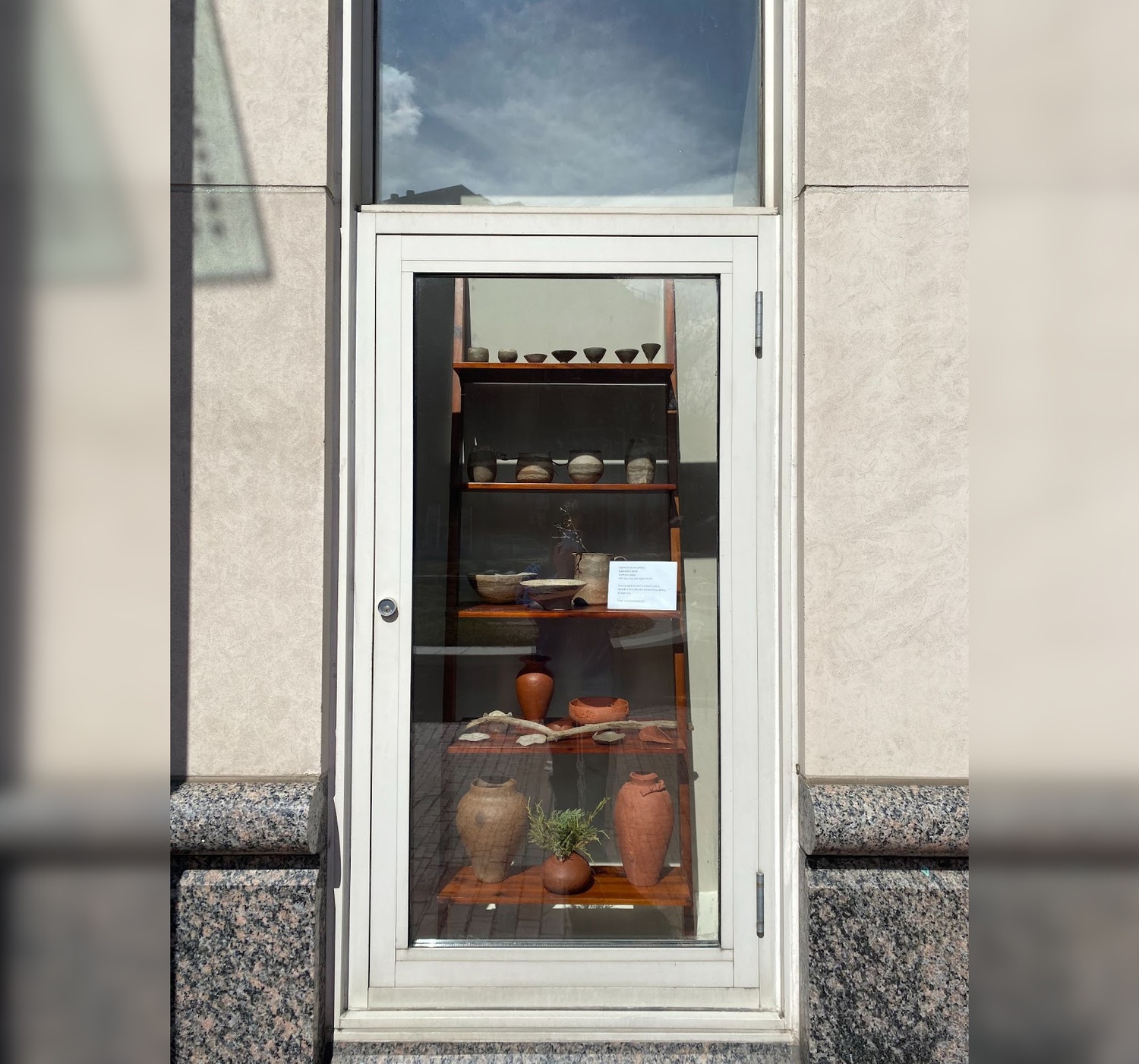 When one thinks of Harvard Square, familiar images come to mind: the flagship CVS, red bricks, blaring music, the laughter of college students, and, most notably, countless local businesses. In an area primarily serving college students, the rent for local businesses is quite high, meaning every inch of the square must be utilized for small businesses to remain profitable. Within this bustling, commercial zone of Cambridge, however, there lies a hidden gem: A small place for public art.

A recent initiative sponsored by Piedmont Office Realty Trust, Inc. in collaboration with the Harvard Square Business Association (HSBA) and the Cambridge Art Community is promoting the development of community art in the square. About six months ago, Piedmont — a real estate company that owns One Brattle Square — reached out to Denise Jillson, the Executive Director of HSBA, in hopes of figuring out what to do with the deserted shadow box sitting on the property.

In an email interview with The Crimson, Dawn Gideon, the assistant property manager of Piedmont, said, “We were hoping she would have suggestions for filling the shadow box with something that would reflect the spirit of Harvard Square and the culture that surrounds this unique and vibrant community.”

Since HSBA’s mission is to promote commerce in Harvard Square while also serving as an honorable steward of the public space, Jillson had already been working on several initiatives regarding the enhancement of the pedestrian experience when Piedmont reached out. In fact, she had been working with local artists on bringing art to Palmer Street since last summer.

Jillson initially decorated the shadow box herself with simple holiday ornaments in December. However, she eventually met local artist and mother Kyoko Ono through another public arts project in Cambridge and Ono was immediately interested in bringing her artwork to Piedmont’s shadow box.

“I used my pieces as an entryway, but I really wanted to promote art by artists who are not known,” said Ono. “There are opportunities where you can apply and get juried to show in an gallery or enter a grant and so forth, but there are juries, where you are judged… Especially during [the] pandemic, when we were all cooped up but could [still] go out and walk, I thought, wow, this is an opportunity where we can get more art out in[to] the public.”

Ono carefully curated an exhibition featuring her pottery in Piedmont’s shadow box, marking its first use by a local artist. Although the shadow box is a tiny space, it has the potential to be quite significant to the community.“Walking by the shadow box affords the passersby the chance to observe, reflect, and enjoy art created by members of our community. Art provides a chance to step away from politics, the office and assorted problems of the day!” said Gideon.

Ono holds a similar view to the role of art in the world. To her, art is about communication. “As small as this window may be, it's a huge window… for us. It's like a window to connect with the public.”

In line with her initial mission to share the works of unknown artists with the community, Ono has now curated a new exhibition featuring the pottery of students of the Ceramics Program at the Office for the Arts at Harvard. This display is set to be at the shadow box until mid-May, and Ono is currently in the works to find a photographer to take creative control of the next exhibition at Piedmont’s shadow box.

The box joins other informal art projects nearby like the sculpture of a blue elephant named Michelle being displayed across the street from the shadow box in Elliot Triangle. Public art is a growing feature of Harvard Square.

“[You can] look across the street at the beautiful elegance of pottery, and then you come here [to the elephant sculpture], and it's elegance of a different sort,” said Jillson. “There's something for everybody.”