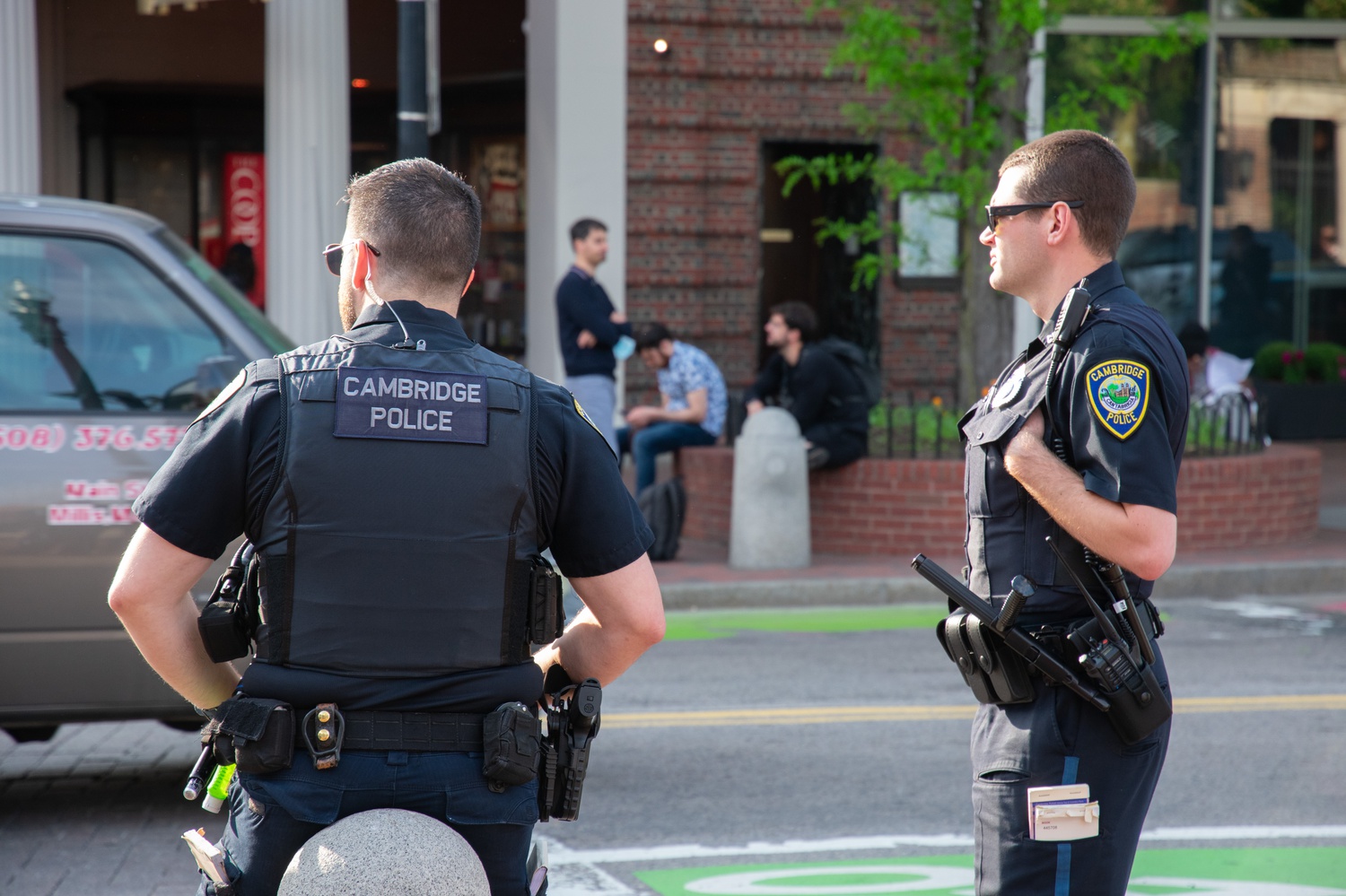 The report — created by CPD’s Crime Analysis Unit and releasd last Friday — reflected spikes in reported hate crimes, drug overdoses, rapes, larcenies, and auto thefts, among other crimes. The increase marks the second year in a row in which crime totals rose, following an 8 percent increase in 2020 on the heels of a 50-year record low in 2019.

Despite the rise in serious crimes reported, incident totals remain lower than in previous decades: Prior to 2014, the total had not fallen below 3,000 crimes in any year for which data is available.

Crime in Cambridge also continues to fall below national averages: The analysis showed that Cambridge reported nearly 1,000 fewer serious crimes than an average of cities with comparable populations in 2020, the most recent year available.

Across all drug types, Cambridge saw 351 reported overdoses and 35 deaths, its highest total in at least a decade. Of these deaths, 34 involved the use of opioids, per the report. Massachusetts is experiencing an opioid crisis that only continues to grow despite health and safety measures, reaching an all-time high in opioid-related fatalities in 2021.

Larceny and auto theft made up the majority of the increase from 2020, with 74 additional larceny incidents and 45 additional auto thefts reported in 2021. In particular, 95 additional larcenies from motor vehicles were reported as compared to 2020, for a total 0f 446. According to the report, this was primarily due to thefts of catalytic converters: a component that reduces vehicles’ carbon emissions, primarily targeted for its precious metal content.

According to the Boston Globe, CPD receives a call about catalytic converter theft almost every day — reflecting a regional trend so severe that the Massachusetts legislature is exploring a bill intended to stymie the thefts. The department issued an advisory in January 2022 warning residents about a string of catalytic converter thefts concentrated in northern Cambridge.

The report noted that while auto thefts rose in 2021, levels remain “staggeringly low” when compared to 20th-century highs — in 1974, over 5,000 cars were reported stolen in Cambridge, compared to 129 in 2021. About 40 percent of vehicles reported stolen in 2021 have since been recovered, according to the department’s analysis.

Incidents of reported fraud fell precipitously in 2021, with less than half as many cases as in 2020 — a change from 1,376 to 628 reports. Per the department’s analysis, this drop is primarily due to a decrease in fraudulent unemployment claims — categorized as a form of identity theft — which spiked at the pandemic’s height.

Robbery and burglary remained close to historical lows, with 68 and 197 incidents in 2021, respectively. There were no bank robberies reported in Cambridge during 2021, per the analysis — down after a rash of four in November and December 2020, two of them in Harvard Square. Harvard Square was struck by three bank robberies in the spring of 2022.

Thirty-six rapes were reported in Cambridge throughout 2021, the city’s highest recorded total since at least 1993, the earliest publicly available record on CPD’s website. Of these, nearly half were committed by acquaintances, while incidents involving strangers remain “extremely low,” according to the report.

Hate crimes also spiked in Cambridge across 2021, with 35 total incidents reported — the highest since at least 2004 and more than double 2020’s total of 15. Race and ethnicity-related hate crimes made up the majority of this increase, with 15 additional incidents taking place compared to 2021.

Two Harvard affiliates reported they were targeted by anti-Asian hate crimes in the spring of 2021, part of a pattern of escalating violence against Asian Americans and Pacific Islanders around the country sparked by the Covid-19 pandemic.

According to the report, there was no distinct pattern to the hate crimes which took place in Cambridge, and nearly all were unrelated incidents.

In an email, CPD spokesperson Jeremy C. Warnick wrote that the department would use the report’s analysis to better allocate police resources, particularly those aligned with social justice.

“By providing specific services to residents in the community who would be better served through a social justice approach than what could be afforded to them through a conventional criminal justice approach, CPD hopes to ultimately address any underlying issues and best support the short and long-term health and success of our residents,” Warnick wrote.