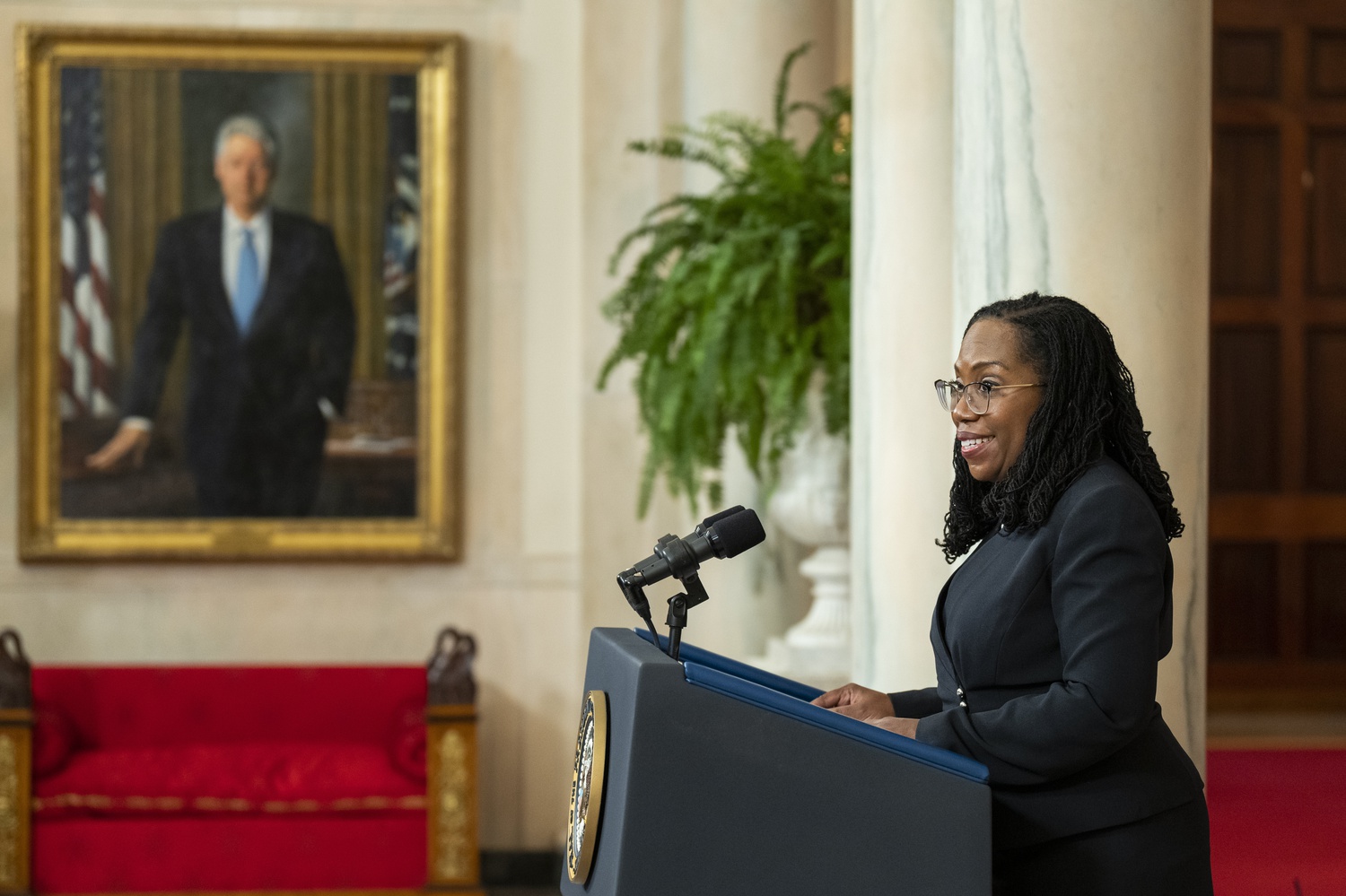 Ketanji Brown Jackson ’92, an alumna of Harvard College and Harvard Law School who sits on the University’s second-highest governing board, was confirmed to the United States Supreme Court on Thursday, making her the first Black woman in history to sit on the bench.

Jackson currently serves as a federal appellate judge on the D.C. Circuit Court of Appeals. Prior to her appointment, she served as vice chair and commissioner on the United States Sentencing Commission — a bipartisan agency that oversees sentencing guidelines for federal courts — and as counsel for the private firm Morrison & Foerster.

Since 2016, she has served on the Harvard Board of Overseers, the University’s second-highest governing body. Her six-year term will expire this spring.

Jackson was confirmed by the U.S. Senate in a 53-47 vote. Three Republican senators — Susan M. Collins (R-Maine.), Lisa Murkowsi (R-Alaska), and Mitt Romney (R-Utah) — voted for her nomination, alongside all 50 Democrats.

Jackson will replace Justice Stephen G. Breyer after his retirement at the end of the court’s summer session.

“Even in the darkest times, there are bright lights,” he said on the Senate floor. “Today is one of the brightest lights. Let us hope it’s a metaphor, an indication of many bright lights to come.”

During the confirmation hearings, Jackson said she would recuse herself from the high-profile challenge to affirmative action the court is set to take up in the fall.

Vice President Kamala Harris, who presided over the vote, said to reporters following the voting process that she is “overjoyed” and “deeply moved” by the confirmation.

“There’s so much about what’s happening in the world now that is presenting some of the worst of this moment and human behaviors,” she said. “And then we have a moment like this.”

At a forum hosted by the William Monroe Trotter Collaborative for Social Justice — an initiative dedicated to fostering public service and social justice — at the Harvard Institute of Politics Thursday, University President Lawrence S. Bacow said he believes Jackson will be a “brilliant jurist.”

President Joe Biden, Harris, and Jackson will deliver remarks tomorrow afternoon on the South Lawn of the White House.