A Peek Into the Audition Room at HRDC’s Common Casting 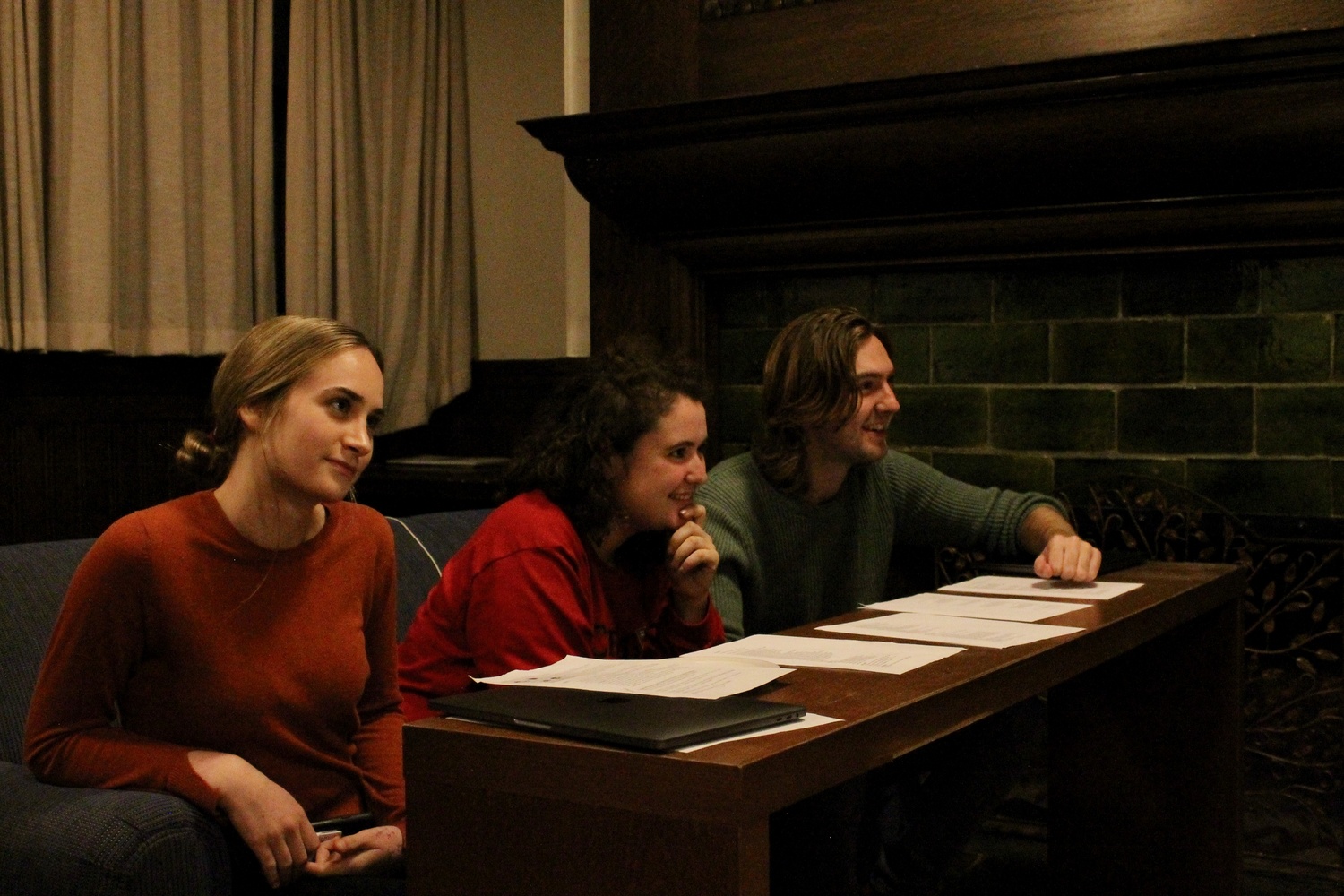 “What does he want from me? What should I try to be? So many faces all around, and here we go. I need this job; oh God, I need this show!” The 1975 Broadway Musical “A Chorus Line” is only slightly hyperbolic in describing the intensity of auditioning. Unlike the Broadway hopefuls in “A Chorus Line,” Harvard students don’t have overdue rent or health insurance to worry about — but with 349 audition sign-ups for eight student-run productions through the Harvard-Radcliffe Dramatic Club’s “common casting,” the stakes can feel just as high.

Competing against dozens of your peers for a select number of roles is not the only stressful part of common casting. Drama is an inherently intimate art form. Expressing any kind of emotion in front of another person requires vulnerability and trust. In live performance, the only intermediary between artist and viewing public is the cryptically abstract “fourth wall” separating reality from the story being told onstage. Within such close proximity, to conjure emotion and project it out to a room of strangers is essentially an exercise in blind faith. At an audition, there is no fourth wall to hide behind, no pretense of character, no collective investment of an ensemble or creative team. The other people in the room — present solely to judge you — may be a willing audience, but their interests lie with what they deem best for their show.

The idea that performers are cast based solely on talent or merit is an unfortunately common fallacy. There is no standardized metric on which art — and especially acting — can be judged. Casting boils down to how an actor fits into a small handful of people’s specific vision for a specific role. This element of subjectivity renders casting directors susceptible to indulging implicit and explicit biases, being unable or unwilling to see beyond their preconceived notion of how a character should look, sound, move. In American theater, this historically meant anyone who wasn’t white, thin, and able-bodied was overlooked — or cast as a villain, sidekick, or comic relief. While the audition process can bring out insecurities surrounding both identity and artistic value, it can also be empowering for some.

The climax of anticipation peaked at 6:00 p.m. sharp, on Tuesday, Sept. 6th, when casting decisions for HRDC’s Fall 2022 were published. Over the next 48 hours, lists were re-shuffled as students accepted or denied roles. Every season, some students face the privileged and difficult decision of choosing between shows with conflicting schedules; others might be disappointed or relieved by their names’ absence from the cast lists. Once cast, an actor must submit the “accept this role” form to confirm their spot as a member of the show. If a student refuses a role, their first alternate is alerted that the part is now theirs to take if they so choose. Consequently, a bottleneck of indecision forms as actors stall to see what shows their friends pick, or if the actor cast in a role for which they’re listed as an alternate decides to drop. As the signing deadline looms, the waiting game assumes a sense of urgency. Friends are consulted, directors are emailed, my.hrdctheater.org is refreshed dozens of times as actors check to see if a role for which they are listed alternate has opened up. Everyone holds their breath.

Two days and 59 seconds later, on Thursday, Sept. 8th at 6:01p.m. the signing portal closed. Now, production teams begin composing emails to their finalized ensembles, stage managers start the daunting task of scheduling rehearsals around the hectic time conflicts of up to two dozen Harvard students, actors call their friends to congratulate them and stalk their fellow cast members on Instagram, and everyone lets out a collective breath.

Though no system can fully eliminate the insecurity or anxiety inherent to the competitive nature of auditions, the dependable and unambiguous structure of HRDC’s common casting process creates a space where students can focus solely on presenting their best selves. Frontloading auditions for an entire season’s worth of shows may have its logistical drawbacks, but ultimately this simultinaity provides a sense of camaraderie amongst students from all corners of Harvard’s performing arts scene, gives actors equal exposure to all shows and vice versa, and creates momentum and excitement for the season to come.