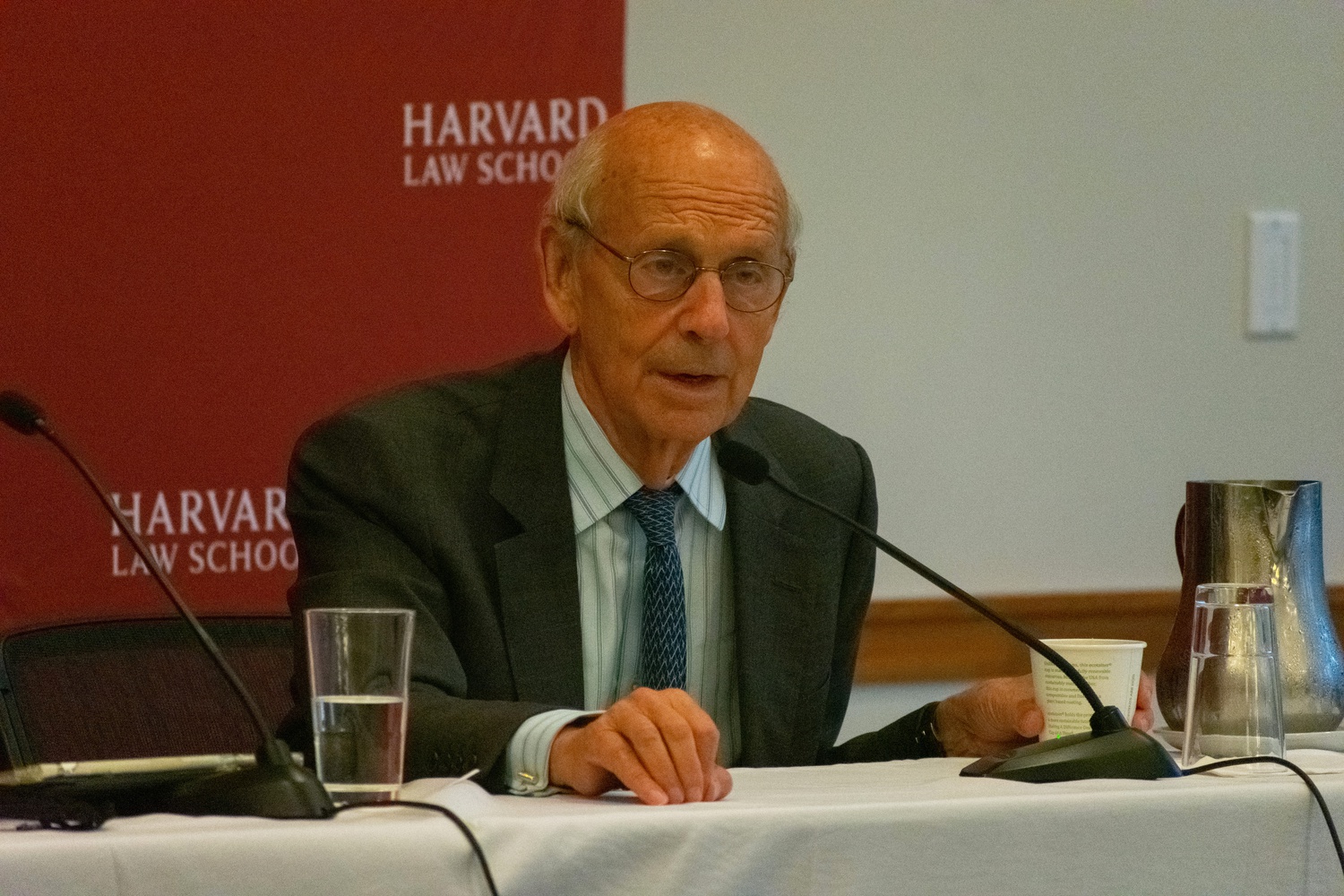 Intisar A. Rabb, director of the Program in Islamic Law at HLS, moderated the event, which also featured Justice Syed Mansoor Ali Shah of the Supreme Court of Pakistan.

Breyer, who graduated from the Law School in 1964, served on the United States Supreme Court for more than 27 years before retiring in June. He returned to HLS this fall to teach a course on constitutional law and regulatory policy.

Monday’s discussion encompassed a range of legal and humanitarian issues, including prison reform and the recent flooding in Pakistan. The justices also talked about the obstacles they faced in their respective courts, such as striving to reach consensus with justices who hold different views.

Breyer added that learning played a key role during his time on the bench, citing Google v. Oracle, a case that contested whether copyright protections extend to software interfaces.

“It was a case involving computer language — Java,” he said. “It took me a year and a half, with two law clerks working on this thing, to figure it out.”

Both justices stressed the personal fulfillment their work brings, praising their judicial roles for allowing them to resolve disputes and impact their respective countries.

“If you're a judge, you're sitting there and you know that this case matters to somebody, and therefore you have to give your best, and you have to keep giving.” Breyer said. “As you get older you realize what a privilege that is — what a privilege to have a job where you must behave in that way.”

Shah explained that though he had no initial intention of becoming a judge, a former chief justice told him that becoming a judge on the Court was the best way to “fight for democracies.”

“I would say that at some stage of your life, do consider judgeship,” Shah told attendees. “I think the amount of contribution you can make is absolutely phenomenal, which a lawyer can never even fathom.”