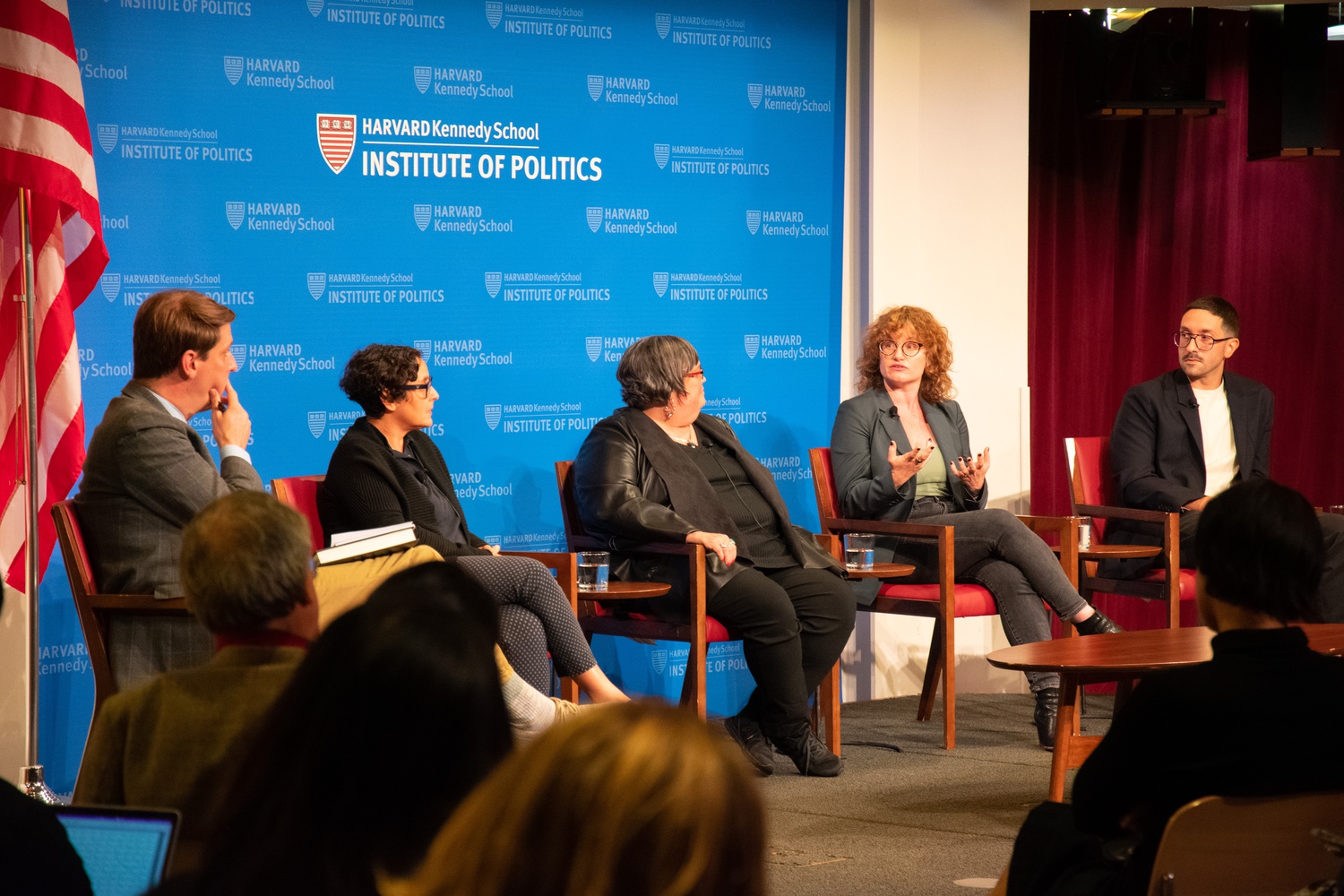 Harvard professors and researchers discussed the role memes played in former President Donald Trump’s success in 2016 during a Harvard Institute of Politics forum on Monday.

Donovan launched the event by discussing the effects of the commercialization of the internet, which she said led to diminished privacy and increased dependence on the virtual world.

“We could say the internet became a problem the first time someone bought a pizza on dominos.com,” Donovan said. “That layer of commerce online moves us away from this free space of information.”

The internet’s ability to track consumers across apps and search engines using their personal and financial information coupled with society’s increasing dependence on the internet has led to what some scholars describe as “surveillance capitalism,” according to Donovan.

“It could just be capitalism,” Donovan added. “But by and large, we’re dealing with a system that is a bit of a trickster in the sense that it is many things to different people.”

For President Trump, the internet was a place where he found some of his earliest supporters.

Dreyfuss said a fringe internet movement that promoted its causes through popular culture and memes quickly embraced Trump because “he was and remains almost the perfect archetype of a meme leader.”

“His hair was already a meme,” Dreyfuss said. “He stood for a certain kind of New York wealth, and power and masculinity to these communities, and then he also swore and was not appropriate and did crazy things.”

While the members of this fringe movement did not all share political views and beliefs, they collectively embraced Trump because he was “willing to trouble the system and push the limits of the system,” Dreyfuss said.

Far right-wing political operatives like Steve Bannon and Roger Stone also identified that Trump could appeal to those who felt disenfranchised by mainstream political movements, according to Dreyfuss.

“They understood that he would be catnip to these alternative media systems and to these folks who wanted something different,” she said. “So they played them.”

Donovan said Trump’s success is also attributable, in part, to “a major unraveling of the DNC.”

“You had the birth of PizzaGate, which is a vehicle for getting people to pay attention to the Podesta emails,” she said, referring to a conspiracy theory that developed from leaked emails belonging to Hillary Clinton’s campaign manager.

While Clinton’s campaign was consumed with controversy, it lacked the virality that seemed to follow Trump.

“Hillary Clinton was not memorable, nor was she meme savvy,” Donovan said.

Since Clinton’s loss in 2016, the Democratic Party has increasingly embraced the use of memes in political campaigns. John K. Fetterman, a Harvard Kennedy School graduate running for Senate in Pennsylvania, has gained attention for his social media accounts, which adopt memes and pop culture trends.

But Dreyfuss cautioned against the Democrats embracing meme wars as an effective political strategy for winning elections.

“Ideally, the meme wars would not be what drives our politics,” Dreyfuss said.