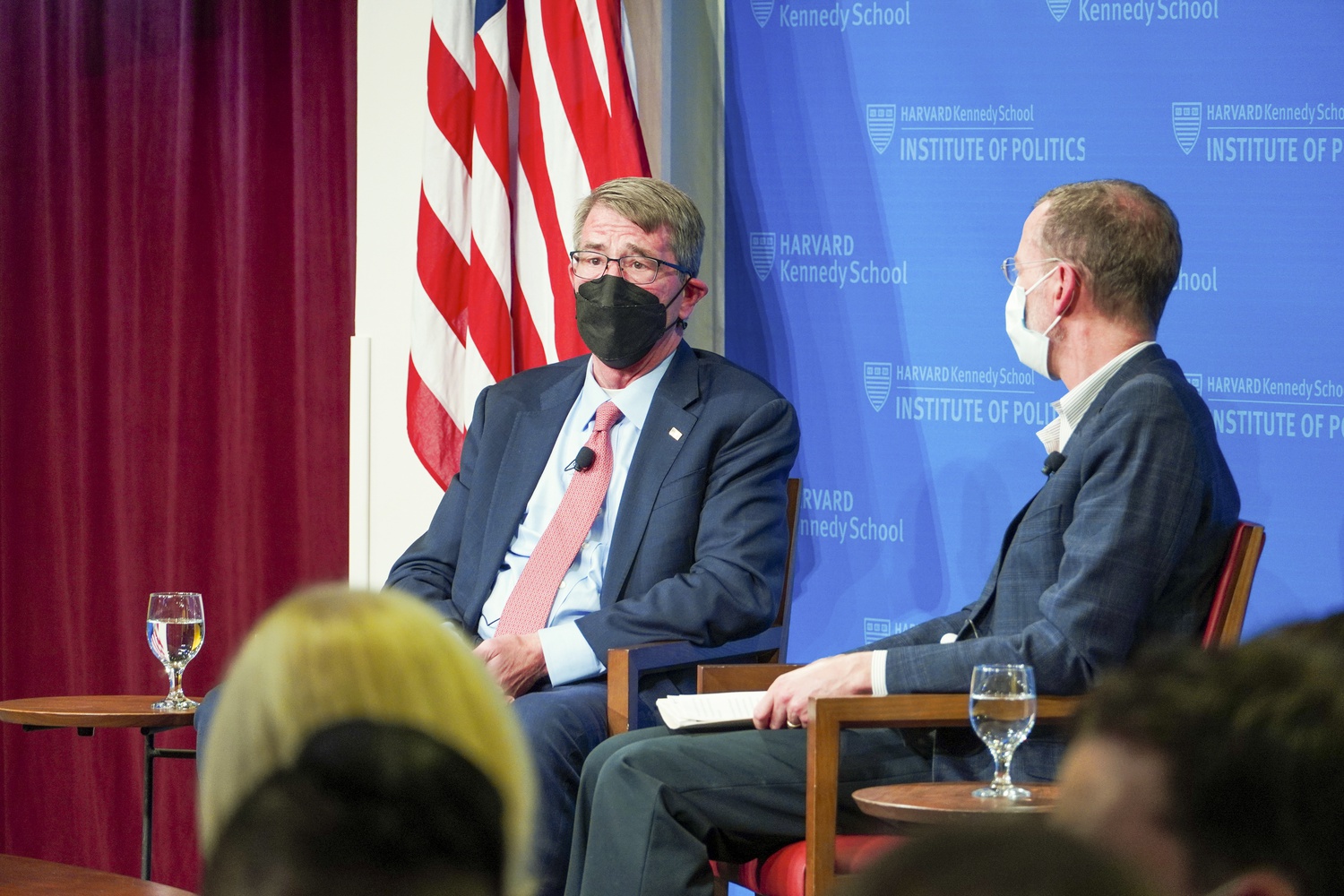 President Joe Biden lauded former United States Secretary of Defense Ash Carter as “a force of nature” in a memorial service honoring his death at the Washington National Cathedral on Thursday morning.

Carter was the director of the Belfer Center for Science and International Affairs at the Harvard Kennedy School until he died from a heart attack on Oct. 24, 2022, at age 68. He served as Secretary of Defense under President Barack Obama from 2015 to 2017.

“On behalf of our nation, I just want to say thank you,” Biden said. “Thank you for sharing Ash with us and for your own service to our country.”

Biden also spoke to Carter’s deep care for American troops as Secretary of Defense, discussing his determination to improve safety. He shared his knowledge about Carter’s visits to the Walter Reed National Military Medical Center to comfort the injured soldiers and their families.

“Ash’s connection to our troops and their families was more than a professional duty,” Biden said. “To him, it was personal.”

Current Secretary of Defense Lloyd J. Austin described Carter’s legacy of pushing the Pentagon to “think outside of its five-sided box.” Under Carter’s leadership, combat positions opened to women, and the ban on the service of transgender individuals was lifted.

Along with his role at the Kennedy School leading the Technology and Public Purpose Project, Carter was also an innovation fellow at MIT. Former MIT president L. Rafael Reif praised Carter’s skill in applying his scientific knowledge to government service.

“He was as comfortable discussing topics in theoretical physics as in experimental physics, never mind medieval history,” Reif said. “You might never know just by talking with him that he had another full life in the defense and foreign policy arena.”

Carter graduated with undergraduate degrees in medieval history and physics from Yale in 1976.

During his lifetime, Carter was awarded the U.S. Department of Defense Distinguished Service Medal, the highest civilian honor in the department, on five different occasions. As Secretary of Defense, he oversaw the beginnings of efforts to defeat ISIS.

Carter’s family members believe his most profound legacy, however, “would be the thousands of students he taught with the hope that they would make the world a better and safer place,” his family said in a statement after his death.

“May we be guided by his foresight, his ferocious mind, fortified by his integrity,” Biden said in his tribute speech. “May we always seek the truth, may we always strive to be of service.”