‘A Regenerative Space’: Faro Café Lights Up the Square 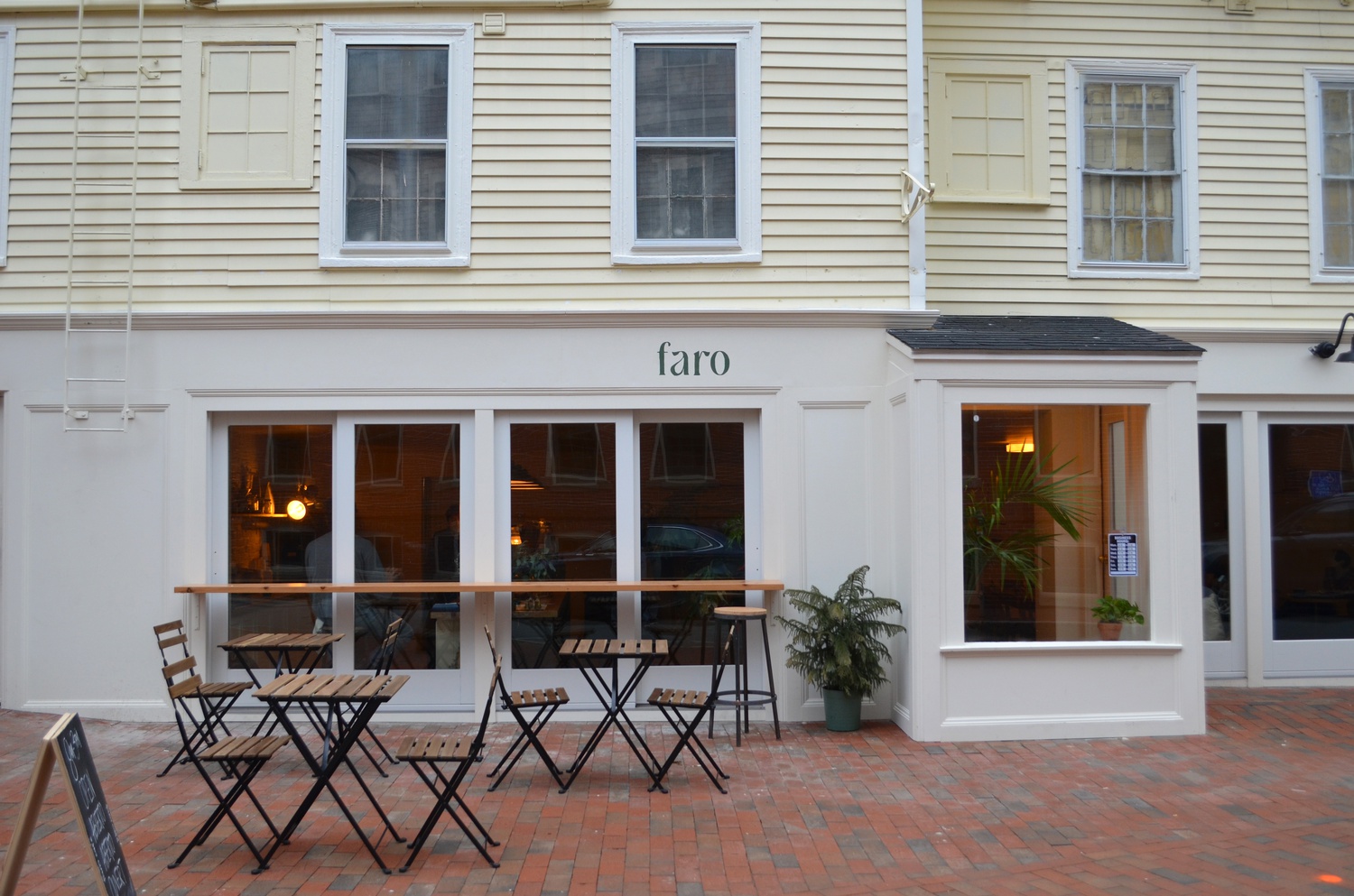 Faro Café — a vibrant new coffee shop on the corner of Arrow Street — opened its doors last month, inviting passersby to step into the regenerative space for a hot cup of coffee.

Owned by Henry F. Hoffstot, Faro Café served its first cup of coffee on Dec. 14. Though it joins several other established coffee shops in Harvard Square, its owners say Faro aims to do more than just serve coffee: the vision behind the cafe, Hoffstot said, is around the “sensation” customers have when they enter the space.

“It’s about letting the space be something that people interpret how they want to envision it or define it or inhabit it,” he said. “We’re hoping that people make Faro what they want — what they need — and that the space can lend itself to a variety of different community-focused purposes.”

The cafe’s name comes from the Spanish word for “lighthouse,” a nod to Buenos Aires, where Hoffstot lived for four years.

Trading paper to-go cups for ceramic mugs and latte art, Hoffstot said he hopes Faro Café gives a more “romanticized” idea of coffee — something to be enjoyed slowly, instead of just being fuel for productivity.

Even in the quiet of an early Sunday morning, customers had already found their way inside, settling in with books and laptops.

Priyanka Saxena, a Somerville resident, chose a spot tucked in behind the soundsystem of the cafe.

“I come a pretty long way to get to a cafe early in the morning and it’s because it’s a really nice vibe,” she said. “There’s nothing too busy or ostentatious about it, but it’s cozy.”

“The pastries are great, the coffees are delicious, and it’s just a nice spot to relax in the morning,” she added.

Harris S. Kaplan, a postdoctoral fellow in Harvard's Molecular and Cellular Biology Department, sat at a long table in the main space with a decaf coffee. Kaplan was on the hunt for a new coffee shop haunt to replace Darwin’s Ltd. — a famous Cambridge coffee shop that recently closed its doors — when he stumbled on Faro.

“I live right around the corner, so that’s why I was looking for a new cafe,” he said. “I like it — I like that it’s not too busy on a Sunday morning, like a lot of cafes are.”

Andre L. Ferreira ’23 described the cafe as “nice and calm for students.”

“I do like supporting local establishments rather than big franchises, so I think it’s a nice place to go,” said Ferreira, who was joined by Maria Keselj ’23 as they enjoyed the cafe’s offerings and worked on their laptops.

“I feel like we need more cafes around,” Keselj said. “There aren’t too many coffee shops to study at, so I’m glad this opened up.”

Samantha D. Lilly, a barista at Faro, described the cafe as a place that “fills the community.”

“The cafe is supposed to be a regenerative space, not a space that you come into and it takes from you,” Lilly said. “It’s a space to get things back into you, which is love, community.”

“It’s not supposed to be like some bougie place where you can’t order what you want without feeling bad about it,” they added. “Get your vanilla lattes and your mochas and your vanilla mochas if you want.”

A previous version of this article incorrectly stated that Faro Café is co-owned by Henry F. Hoffstot and Milagros Ratto. In fact, Hoffstot is the cafe’s sole owner.