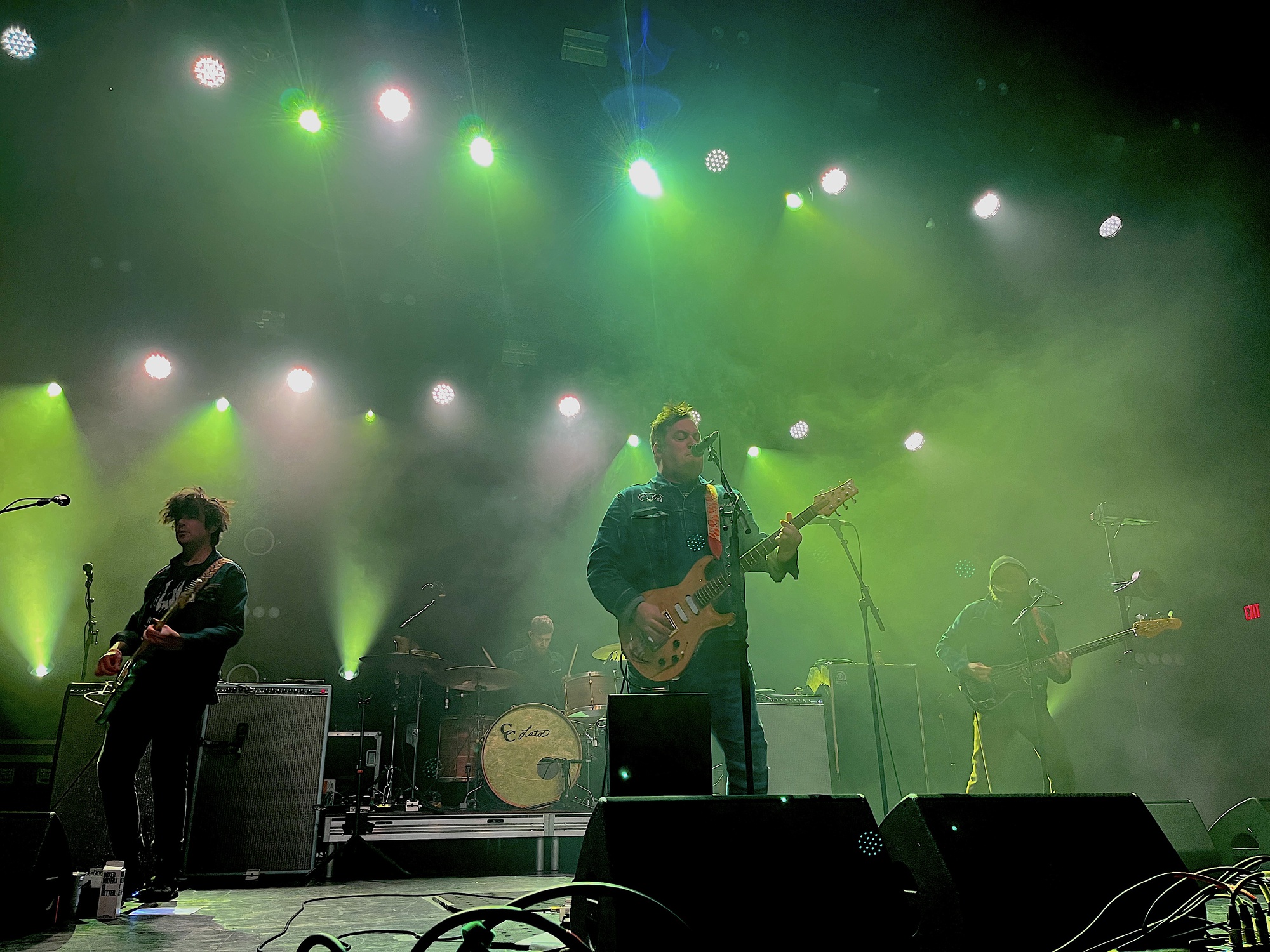 Concert Review: Modest Mouse Reminds Us Of The ‘90s

The setlist mixed nostalgia with a hefty dose of humor.
By Asher J. Montgomery

Issac Brock, lead singer and guitarist of Modest Mouse, walked onto Roadrunner’s stage on Dec. 16 with a jean jacket and spiked hair, picked up his guitar, and began to perform a sloppy version of Nirvana’s “Smells Like Teen Spirit.” When the crowd cheered, he laughed to himself and stopped playing. Then the set began in earnest.

On tour to commemorate the 25th anniversary of their 1997 album “The Lonesome Crowded West,” the highly influential indie-rock band reminded the audience that they were grungy back in the day, and they still are. They may look slightly older and have bigger bellies, but that reckless teen spirit is still there.

They played tracks from “The Lonesome Crowded West” in order. Brock spit out the words to the first song “Teeth Like God’s Shoeshine” — the lyrics were almost incomprehensible, but that didn't matter to the headbanging crowd. The performance was hard rock — energetic, loud, and crazy due to the guitars sounding like an alarm blaring. The band embraced the eccentricity of the song, acting as if they were teenagers once again.

The concert mixed nostalgia with a hefty dose of good humor. Simon O’Connor on the guitar wore long bangs in front of his face in a style oddly reminiscent of the 90s. Many newer fans who know them for their Indie Rock hits like “Float On,” a song they didn’t play at the show, were introduced to the grunge of Modest Mouse’s starting days.

The fifth song of the set and album, “Jesus Christ Was An Only Child,” featured acoustic guitars to highlight the folksy feel behind the lyrics. “Jesus Christ was an only child, he went down to the river and drank and smiled,” Brock and O’Connor sang together, Brock's face turning redder with exertion as the song got louder. “Yeah I know now what I knew then,” he screamed three times as the song came to a climax.

The opener also contributed to the light hearted atmosphere before Modest Mouse’s set. The performer, who goes by the name Mattress, performed gothic experimental EDM music. He wore a gold suit and jewel-encrusted dress shoes that must have touched every part of the stage as he danced around in an unusual stepping type of salsa.

He danced like a middle aged man might if no one was watching. The lyrics were so random they could have been made up on the spot. But that could also have been the point. Regardless, his performance was unforgettable.

In “Doin’ the Cockroach,” the drummer, Jeremiah Green, held the chaotic song together, switching between quick and complicated rhythms at lightning speed. At one point, Green even took out maracas that he shook with one hand while he kept playing the drum set with the other.

Green was essential too, even when the set slowed down during the last two songs, “Bankrupt on Selling” and “Styrofoam Boots/ It's All On Ice, Alright,” played mostly acoustically. The headbangs turned into sways, and people in the crowd took out their lighters. These two songs were the highlights of the set, as they stood out so drastically from the crazy energy of the first thirteen songs. The last song began with Brock on acoustic guitar playing a folk fingerpicking pattern, but Green joined back in on drums about halfway through, and Brock started screaming again. They couldn’t let it end on a soft note, not when they were focused on reminding everyone how grungy they are.

But it would be impossible to forget after this show. The song “Shit Luck,” started off with Brock screaming the first line of only four in the whole song. “This plane is definitely crashing,” he yelled. He leaned forward and slammed on the strings of the guitar at his shins. Then, as he stood up, he brought the guitar up to his face and played with his teeth, his mouth eating the strings.

At the end of the set, Mattress thanked Modest Mouse and told the audience to get ready for their performance. “They are going to make you cry,” he said. This statement proved to be true.

“The Lonesome Crowded West” deserved a tribute anniversary tour. The album transcends genre boundaries, not clearly falling into any category, but touching on blues, grunge, folk rock and many more, not to mention the level of comfort and enjoyment each of the members has on stage after so many years of performing.