The Most Used (and Abused) Classical Music Pieces 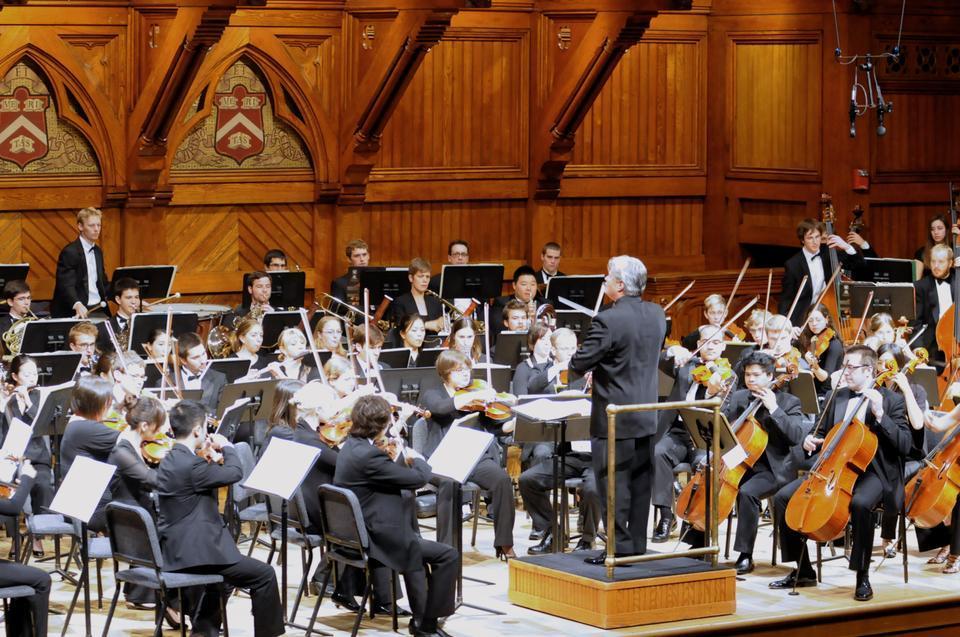 What do "Dead Poets Society," "Die Hard," and "Sister Act 2: Back in the Habit" all have in common? Answer: you can hear Beethoven’s "Ode to Joy" in all of them. Directors have been relying on classical music since the invention of the silver screen. Even during classical's present decline in popularity, you'll rarely make it through a modern movie without hearing something Thomas Jefferson would've considered an oldie. Of course, with thousands of directors mining the classical archives for score material, some pieces are bound to pop up more than occasionally. Watch out for five of the most overused classical pieces in film:

“Ride of the Valkyries” by Richard Wagner

You can blame Francis Ford Coppola for this one. Ever since Colonel Kilgore blasted it during a napalm raid in “Apocalypse Now,” directors have been using this intro to Act III of Wagner’s “Die Valküre” whenever they want to say “Hey, what you’re about to see is violent, but it’s also kinda goofy if you think about it!” As a side note, Coppola wasn’t the first to use “Ride of the Valkyries”—D.W. Griffith used it in the climactic scene of his strongly pro-KKK 1915 film “Birth of a Nation.”

Poor Boccherini. When he wrote “The Celebrated Minuet” back in 1771, how could he have known that it would turn in to the go-to piece for directors looking to make fun of classical music? You can hear the Minuet all over the place—as Ferris Bueller walks into a snooty Chicago restaurant, in “Ace Ventura: When Nature Calls,” and in both adaptations of “The Ladykillers.” It’s even in “D3: The Mighty Ducks,” for God’s sake. However, the song is brilliantly utilized in the form of a Nigel Tufnel guitar solo at the end of “Heavy Duty” in “This Is Spinal Tap,” the first (and last) time Boccherini gets turned up to 11.

“Hungarian Rhapsody No. 2” by Franz Liszt

Cartoon lovers just can’t get a break from the Hungarian virtuoso’s best-known work. Whether played by Bugs Bunny in “Rhapsody Rabbit” or Tom and Jerry in “The Cat Concerto,” this bouncy piano piece has accompanied more animated acts of violence than any other. It was also used by the Marx Brothers in their films and Robert Zemeckis in his classic “Who Framed Roger Rabbit.”

If you haven’t heard of this piece, think of it as the Gov 1310 final take-home exam of classical music. The 20th century musicologist Remo Giozatto claimed to have transcribed the “Adagio” from a manuscript of the Baroque composer Tomaso Albinoni, but as it turns out, Giozatto wrote it all along. Scandalous, right? Either way, you’ve probably heard this piece at the movies more than you think: it’s been used to provide a dark setting for moody works such as “Rollerball” and “Welcome to Sarajevo.” Strangely enough, it also appeared in “Flashdance.”

Sam Seaborn from “The West Wing” may have liked this piece just because of its title, but most directors like to use this serene work in movies that are far from peaceful, including “Collateral,” “Battle Royale,” and “Seven.” A secretary even gets fed to a shark with this Bach classic playing in the background in the James Bond flick “The Spy Who Loved Me.” Hey guys—we’ve all seen “A Clockwork Orange,” too. We get it.