It’s Not Asians Who ‘Game the System’ 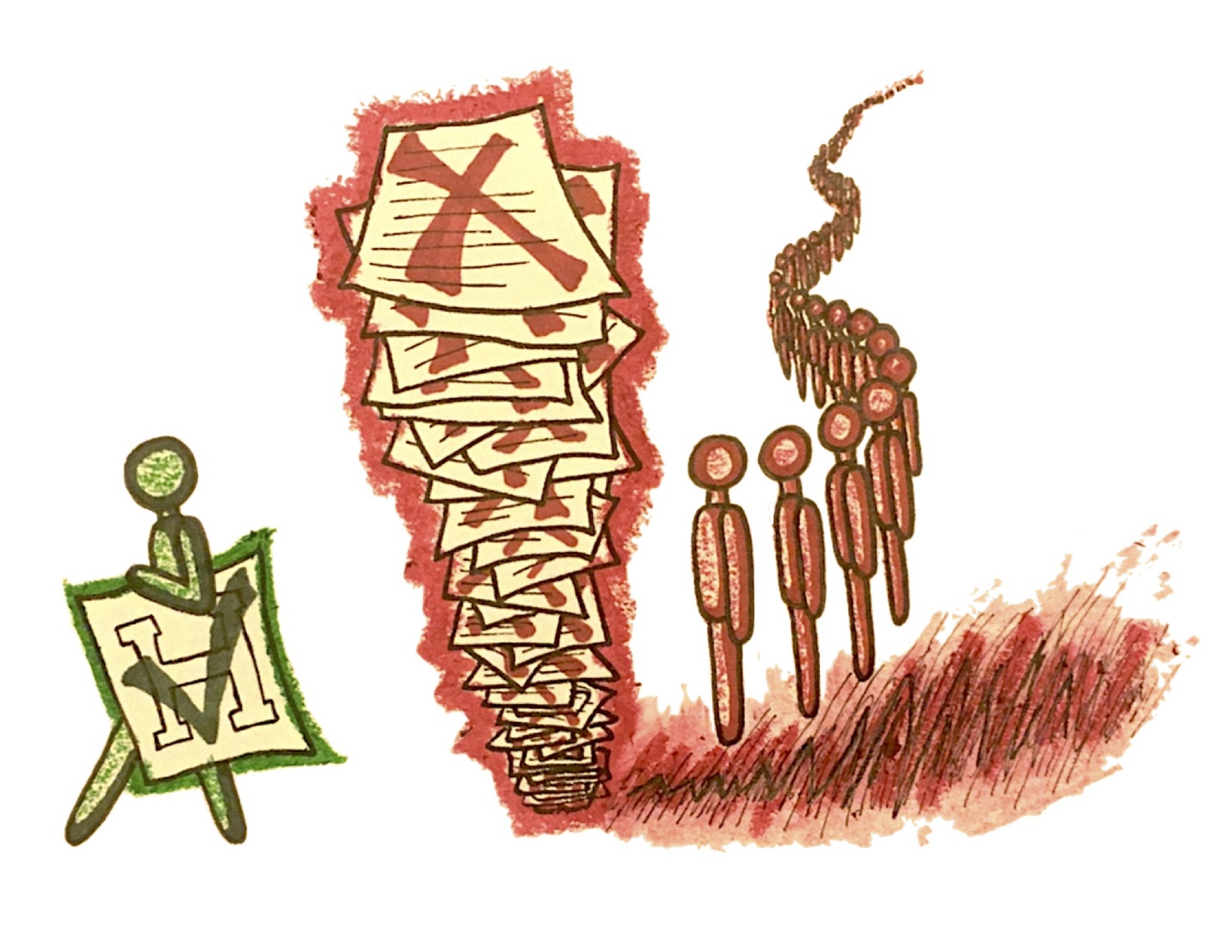 Asians may be called the “model minority,” but it doesn’t seem like we’re actually wanted in schools. We are implicitly accused of taking up too many spots in elite New York City high schools, so the mayor’s new plan proposes to scrap the admissions exam in favor of less objective criteria. At the same time, we are fighting elite universities like Harvard in court over charges of unfair discrimination.

Negative Asian stereotypes do not garner us much sympathy though. We have unappealing personalities. We are only good at tests, and we are only good at those because we spend all our time studying. Perhaps, then, we don’t really deserve our spots in the upper echelons of American education.

The misconception that Asians are somehow “gaming the system” is insulting and inaccurate. It’s true that many Asians resort to extensive test prep to do as well as they do on admissions exams like the Specialized High School Admissions Test in New York City and the SAT for colleges. But it’s dishonest to lump in poor Asian families who sacrifice to pay for test prep with rich people (of any race) who easily afford it. Forgoing vacations, refraining from buying amenities, and even scrimping on food to pay for test prep are not gaming the system.

They are sacrifices. Maybe these sacrifices are crazy or counterproductive; there are certainly arguments to be made against them. Regardless, these are valid choices that are open to people of any race and that have proven to be, on the whole, effective. The people who make these choices may be playing the game the hardest and taking most seriously the prize—which is more than just a seat in a great school and may be no less than the American Dream itself. But they are not gaming the system.

Of course, there are groups who really aren’t playing by the rules: the disproportionately white legacy students who sneak their way onto the Harvard "Z-list," a deferred admissions pool for a small number of students each year; and the rich kids whose parents donate $2.5 million to the school before they apply, like Jared Kushner. It’s obvious that people with power and money can game the system.

The more insidious gaming comes within the system itself, in admissions offices and departments of education. The most egregiously unfair treatment must be Harvard’s consistently lower “personal” ratings for Asian-American applicants, at times given without even meeting the students. In the case of New York City, it is unfair to set one standard (the SHSAT), not like the kind of people who succeed under that standard, and then to change the standard in order to achieve the outcome that was desired all along. Quotas—as admissions statistics over the years suggest exist at elite schools, however unofficially—are also gaming the system.

There should be more pushback against all this admissions rigging against Asians—especially among liberals, who tend to pride themselves on their championing of minorities and equal opportunity. But instead, it is Bill de Blasio, the progressive mayor of a very liberal city, spearheading the plan to get rid of the admissions exam. It is Harvard, a predominantly liberal university with respect to its students and faculty, defending its affirmative action policies.

But this too should be no surprise. Because the real game being played here is politics—racial politics, especially. Politics is why de Blasio, longing to be seen as a national progressive leader, focuses so much on just eight specialized high schools instead of tackling the root of the problem—the many subpar schools that are currently failing primarily black and Latino students. Politics is why Harvard, in order to diversify its student body, continues to hold onto race-conscious affirmative action, the results of which look good in photo spreads, instead of emphasizing socioeconomic diversity, which doesn’t photograph as easily but is more merit-based. Politics is why, when asked the reason that Asians are demographically overrepresented in elite education, liberals are quicker to point their fingers at the ones who have succeeded than at the ones who haven’t.

So if anything, Asians have been playing themselves. Asians overwhelmingly vote Democrat, but the Democrats have taken us for granted, excluding us from their definitions of diversity when it suits other people of color. Asians do what they can to get into the best American institutions, but it seems like those institutions are doing just about everything they can to keep us out.

The education fiascoes in New York City and at Harvard have revealed just how badly we’ve been played. At least the response—the Asians speaking up and gaining more attention across the country—has been heartening. In politics, we need to claim the narrative, fight for what we earn, and stop being political pawns. And the record should be clear: We don’t game the admissions system. In any case, education is far too serious to be a game.