From April to Lea

Transition in the Fashion Industry 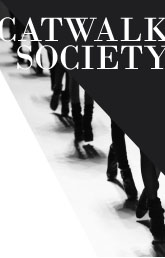 Earlier this year, Barneys New York unveiled "Brothers, Sisters, Sons & Daughters," its Spring 2014 campaign, which featured relatively well-known names like Ines Rau and Valentijn de Hingh, alongside a smattering of newcomers. The 17 models shot for the campaign looked in large part as you'd expect for a high-end fashion campaign: slender, elegant, beautifully clothed creatures draped languorously against fences or over furniture. But the men and women of "Brothers, Sisters, Sons & Daughters" differ in one small way from your typical model—they are all transgender.

In reality, the fashion world has played unwitting host to a number of transgender models over the years, beginning in the 1960s with April Ashley, a British woman who enjoyed a fruitful modeling career, appearing in illustrious publications like Vogue before tabloids revealed that she had been born a man. Others followed in her footsteps: Caroline "Tula" Cossey, Lauren Foster, and, more recently in 2003, Barbara Diop—all of whom were featured in Vogue before being outed, invariably leading to the decline of their careers in the face of backlash from the media and the public.

Consequently, transgender models have been understandably hesitant to reveal their birth sex: Philippines-born model Geena Rocero spent 12 years as a successful female model before coming out as transgender in April of this year. Is her willingness to come forward, alongside the growing popularity of models like Ines Rau, Isis King, and Lea T, a sign that progress is being made? Sure—but maybe not in the way we'd like. To understand why these women’s movement into the public eye is not necessarily an encouraging sign, we must first turn to a similar but separate phenomenon that has been advancing parallel to that of transgender modeling: the rise of the androgynous model.

Unlike Rau, King, and Lea T, the men and women at the forefront of the androgyny movement do not undergo surgery to reassign their sex and are, for the most part, cisgender—they simply pose (with startling convincingness) as the opposite sex and model clothing designed for that sex. For example, in 2012 Casey Legler became the first woman contracted to model only menswear, while Stav Strashko appears on the women's board at his agency, One Management. These models book shows for enormously high-profile brands: female model Saskia de Brauw, for instance, is a runway regular for the Givenchy menswear shows, while the model formerly known as Andrej Pejic worked as an androgynous male model but walked regularly for the Jean Paul Gaultier womenswear shows. Indeed, the fashion industry has embraced these cross-dressing models and thinks itself terribly edgy for doing so, with Pejic's reputation growing so quickly in fall 2011 that, according to New York Magazine, agencies scrambled to fill the sudden demand for slender, pretty boys who could squeeze into women's clothes.

Despite enormous popularity, Pejic retreated from the spotlight after several years but returned early this year—as Andreja, having undergone sex reassignment surgery to begin living as a woman. In an interview with the New York Times this September, she recalled, "There are agents that would tell me: 'Don't ever do it. Don't transition. You'll lose everything.'" Pejic's words at first seem to make little sense; after all, nothing has changed in terms of her appearance. She passes without question for a woman, as she did before the surgery, possessed of the same long blonde hair, full lips, and delicate bone structure that she has had since her runway debut.

But the context has changed. She is no longer an androgynous model, and audiences no longer feel that the beautiful, feminine person they see before them is an oddity, a curiosity, a man in a dress. At the end of the day, it is this fascination with the “odd” that sits at the heart of the prevalence of androgynous models on the runway: they symbolize edginess, rebellion, a little bit of freakishness. It is cool, and more importantly, profitable, to use androgynous models, and this economically driven mindset serves in many ways as a foreshadowing of what lies in store as androgynous models become normalized by their move into the mainstream and transgender models fill the niche they once occupied.

"Everyone wanted to meet me in those days [after my outing], darling, because, you see, I was the freak," said April Ashley in an interview with the Sydney Morning Herald in 2005. For all the advances in the 50 years since Ashley's prime in how transgender models are received by the industry, that much, it seems, has not changed. The popularity of androgyny has not opened the door to transgender acceptance; rather, it has paved the way for transgender commercialization by creating a market for the “odd.” It is 2014, and transgender models are no more than this fall’s latest trend: new toys to be objectified, fetishized, ogled with incredulity that these men and women would have the audacity to bare their transgender bodies for all the world to see.