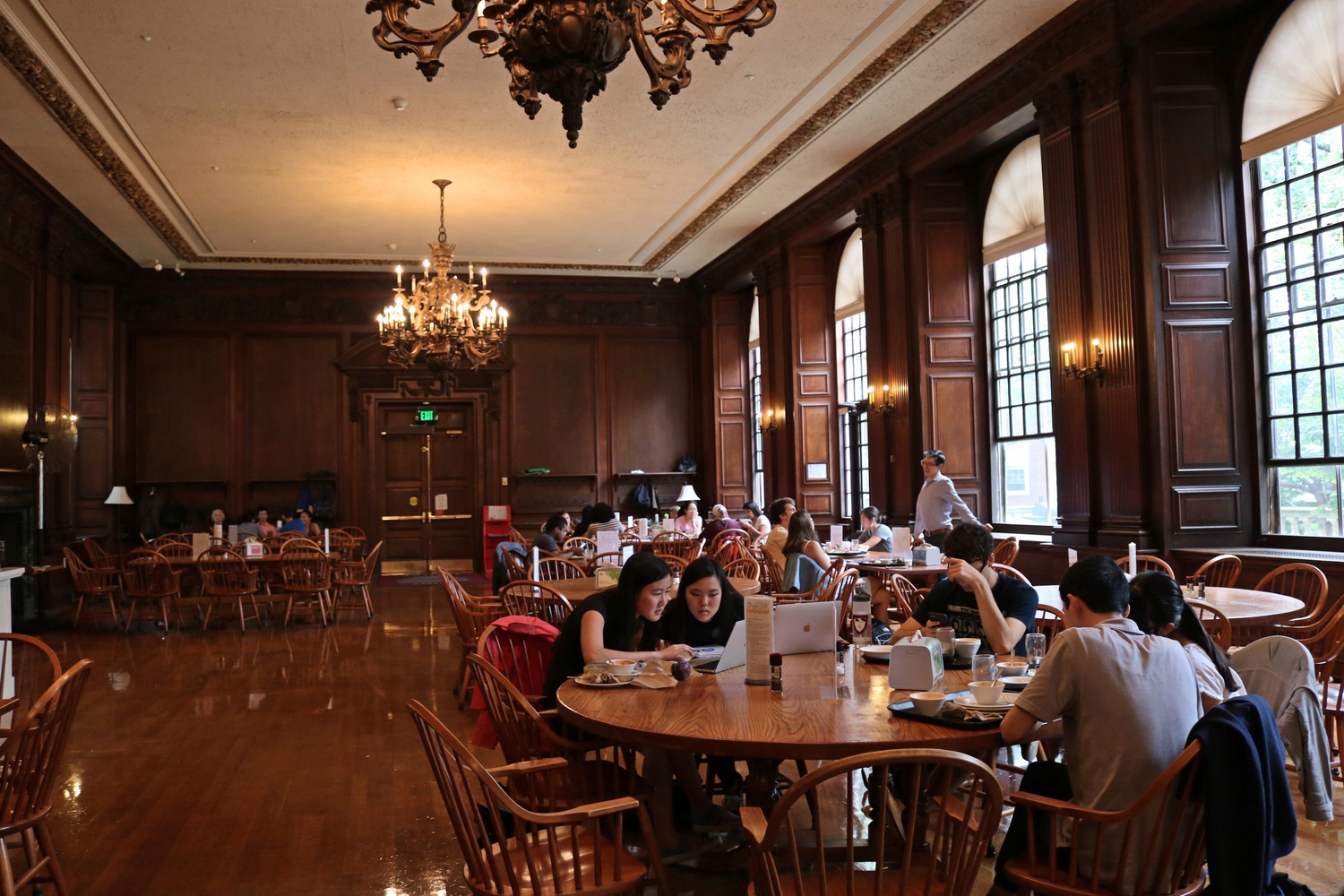 Though Harvard is one of the top schools in the nation, its dining services leave a lot to be desired. During my first semester here, I’ve heard more freshmen complaining about campus dining than about bad WiFi, all-nighters, and harsh professors combined. This is an entirely reasonable concern to have, since food plays a prominent role in student life here on campus and home-cooking for many is thousands of miles away.

But personally, I don’t think that Harvard dining is all that bad.

The major concerns with Harvard’s dining services seem to center on issues of quality and scarcity. In Harvard’s dining halls, breakfast is kept on a weekly schedule, with various forms of potatoes and breakfast meats swapped out daily, while lunch and dinner have rotating entrees, starches, and vegetables.

Many students’ main area of concern is the quality of the food we are served. The meals are distributed in lukewarm trays that are wrapped in plastic until they’re brought out and, many times, the food doesn’t have much flavor. It definitely isn’t five-star worthy. But, logically, this makes sense, since the dining halls have to serve upwards of about 6,000 students.

Nevertheless, having such limited options per meal that aren’t the best quality makes it much more likely that people won’t enjoy even one part what is being served. Harvard’s dining halls contain fewer choices than many other universities in the area, such as Boston University or Northeastern University, which have stations for pizza or stir fry, providing a constant option for students if they don’t like the food on a certain day. At Harvard, there is always an array of raw vegetables at the salad bar, and the grill is always open, but there seems to be a lack of focus on having options that remain the same for students to enjoy every day.

Yet, in my opinion, it’s exactly this trait of having only a few options per meal that makes Harvard’s dining experience meaningful. This choice serves as a reminder to students of the greater values in education that Harvard wishes to put forth.

One of Harvard’s main focuses in student experience is diversity and inclusion, which I think the food system really emphasizes. Harvard University Dining Services incorporates in their menu an array of dishes from places not only across the U.S. but the entire world, offering a new kind of food to test at every meal. You can go from pad thai and Japanese oven-braised pork at lunch to fried buttermilk chicken and eggplant parmesan at dinner.

These dishes might not be people’s first choices, but they introduce a new opportunity for students to appreciate the various nationalities and ethnicities represented in the student body. I’m fortunate enough to come from Boston, where I’ve had the opportunity to try cuisines from around the world. However, in the dining halls, even I can experience dishes like south Indian Mulligatawny soup or central European pierogies. This kind of dining allows students not only to feel represented by the food they’re familiar with at home but also gives those who may not have tried these foods the opportunity to experience new cuisines. The fact that HUDS devotes itself to these purposes while also serving a large student body is remarkable and respectable, especially considering the array of recipes and time needed to prepare these dishes from around the globe.

I do see the flaws in the way that Harvard dining works. I (often) get sick of some of the fairly tasteless dishes and just want that good old slice of pizza. I also feel a little gross when I find on my plate a sloshy spaghetti or an admirable attempt at culturally accurate dumplings (which, to be fair, I am rather used to as a Chinese-American). But, ultimately, I see the less-than-ideal dining experience as a justifiable price to pay for promoting the importance of diversity and offering new experiences.

So, the next time you consider complaining about measly mac and cheese or a waffle-gone-wonky, I hope you feel somewhat sated by taking advantage of the opportunities to explore and appreciate different areas of the world — all from the comfort of your home away from home.