Alone at a Table for Ten 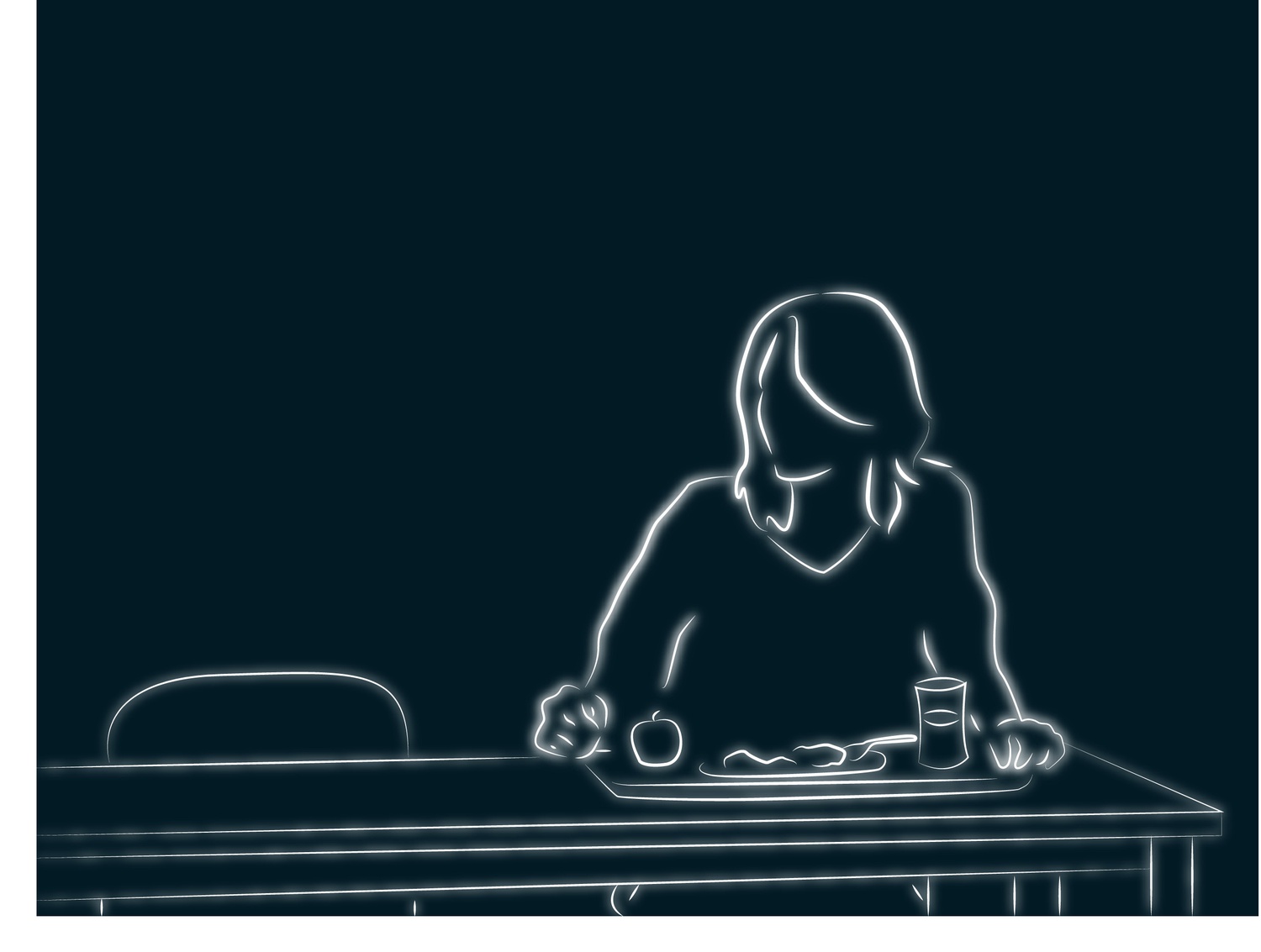 When an image of a Harvard student comes to mind, it’s probably of a confident, determined individual who knows exactly what they want to do to change the world. Harvard students are ready to create companies, write novels, and share their skills wherever life takes them.

That isn’t me. I’m an 18-year-old freshman, faulted with a fear of the future and an inability to make decisions. I have several interests, ranging from the classics to computer science, biology to animation. I also have mild social paranoia and a fear of social interaction that has stuck with me since high school. My overall sense of insecurity was heightened by my sudden arrival into a sea of talented individuals who seem to know exactly what they’re doing and deserve all of the success they have already achieved.

One of the ways that my insecurity has implemented itself, surprisingly, is in the dining hall. Annenberg, the freshman dining hall, is a huge church-like space with rows and rows of tables, enough for hundreds of students to dine at once. During the first few weeks of fall semester, Annenberg was an exciting space, full of opportunities to meet my fellow classmates and create memories and friendships that would kickstart my amazing four years here at the University.

Being surrounded by so many people those first few weeks, however, and having to put on a smile every moment of every day started to tire me out. I slowly lost the energy to keep that smile plastered on my face or to even remember everyone’s names. I began to retreat into myself, sleeping early instead of attending events during Opening Days or staying in my room to do those first problem sets alone.

Soon after, I began to walk into Annenberg for every meal and see everyone else sitting at tables with their friend groups. I felt like I had missed my chance to meet people. Tired and alone, I retreated with earbuds into the back of Annenberg, sitting alone on my phone trying to drown out the constant laughter and conversation. Some people thrive in that setting, doing work, jamming out, or focusing on more important matters. But, for me, those moments were a testament to what I was doing wrong. With every familiar face that walked by without a wave, with every person I failed to speak to, I was reminded of my immense failure to reach out and connect to the people I most wanted to become close with.

My paranoia began to escalate as well, even extending outside Annenberg. When someone walked by without saying hello, I would analyze every interaction with that person and see if I had done something to offend them. With every conversation, I began to read a sense of annoyance or judgment in every word. Soon, not only was my ability to meet new people affected, but also my existing friendships. Instead of holding simple conversations, I was always trying to be interesting or relatable or funny, and doing my best to make people respect me.

During the first few months of the semester, I began to hear the term “duck syndrome” a lot, in introductory workshops on mental health or advising, as well as in everyday conversations. The term refers to the fact that ducks seem to move in the water without any sign of effort, even though their feet are paddling intensely below the water where no one can see. Harvard students often act in this way, pretending to have everything together while keeping their struggles to themselves. Campus culture here is very much achievement-based, and this focus on doing as much as possible pressures people to act like the best versions of themselves, even if they have other worries weighing them down.

I may not have seen that in the dining hall, but I did in my animation class this semester. When I heard that the theme for our final projects was “anxiety,” I immediately thought to portray my experience with isolation, paranoia, and insecurity. When I discussed my idea with the class, I found that people who I once thought were untouchable had similar concerns and even felt touched by my work. With these gradual realizations, I started to open back up. I didn’t have to pretend to be a person I wasn’t, I didn’t need to make it seem like I had everything together, and I didn’t always have to prove myself in every single interaction.

I feel like a very different person than I was when eating alone in Annenberg for the first time. The most important thing I’ve learned here at Harvard so far is that I don’t have to act like what I feel is expected of me. In the dining hall, I’ve stopped retreating to the back for every meal. I’ve begun to sit with people who once intimidated me, people who I wanted to reconnect with after the struggles I had been facing. With help from my new dining strategy, I’m slowly finding a cohort of friends who are more supportive of me than I ever could have imagined.