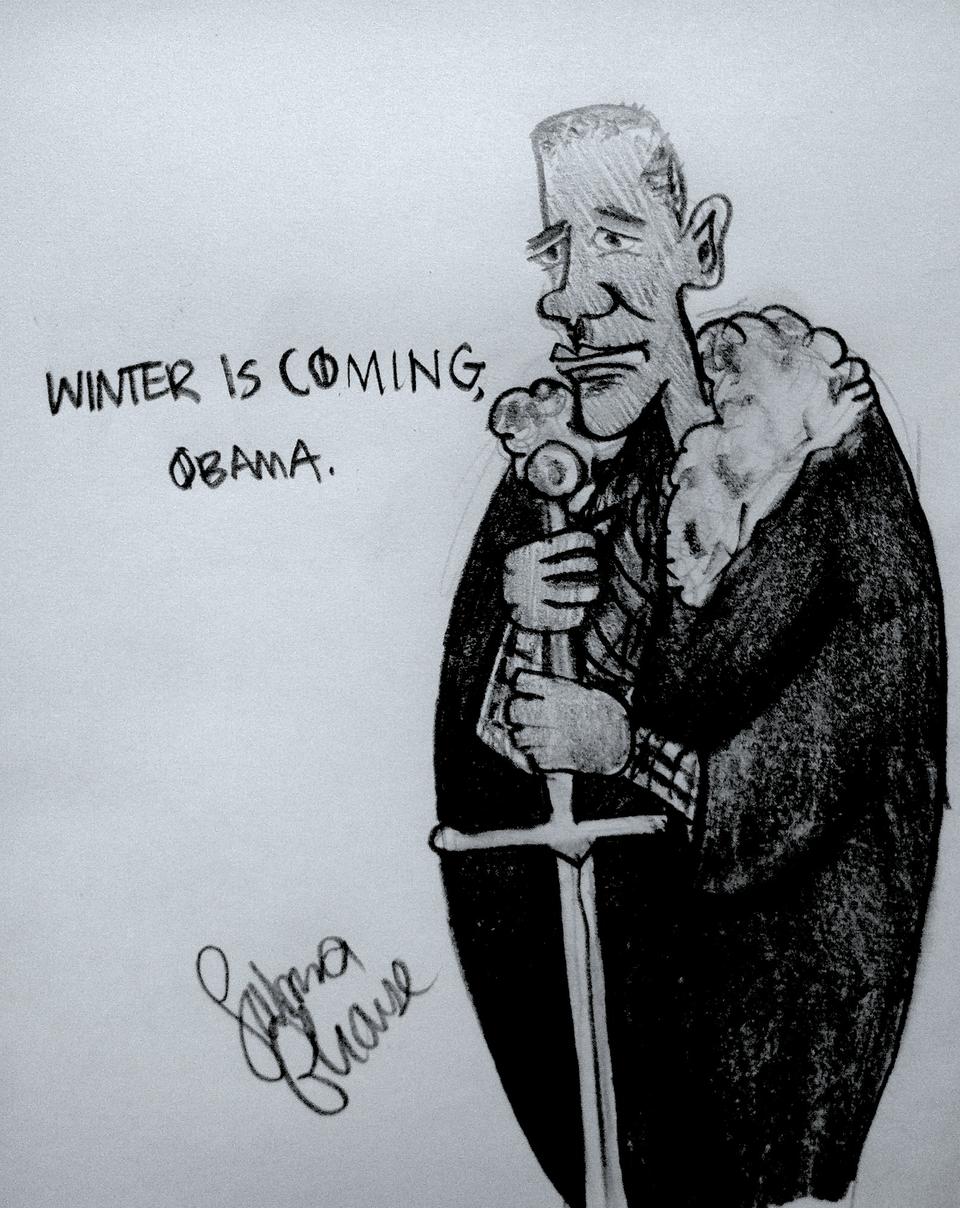 For a show filled with fire-breathing dragons and Machiavellian politics, Game of Thrones is surprisingly rich with economic metaphors that resemble the world we live in.

To start, although the Seven Kingdoms of the Westoros continent, where the saga unfolds, have the social and technological characteristics of medieval Europe, its economy ebbs and flows like the modern business cycle. Seasons on the continent lasts years. For an agrarian society, summer is like an economic boom and winter is like an economic depression. The grumpy old characters often deride the young ones as “summer children,” who have not experienced the hardship of a prolonged winter. The wise Northmen’s motto? Winter is coming.

And just like the fictional long winter, everyone knows that the economic depression is coming—but no one knows when. Prediction of seasons falls unto the shoulders of the “Maesters,” who literally live in high towers and study subjects like alchemy and history. This is not unlike modern economists, whose skills lie in concocting incentives in markets, but are given the task of predicting the unpredictable.

The economy of the Seven Kingdoms reached a sorry state during the show. A massive civil war broke out. The cost of standing armies and economic sanctions between warring kingdoms destroyed the feudal economy, leading to starvation and even more political unrest. The central government had to borrow large sums to cover its lost tax revenue and war expenses.

But the fate of the Seven Kingdoms was perhaps sealed before the show’s start. The continent was at the end of a long nine-year summer that followed an earlier civil war. Instead of ruling frugally, like his wise Northman friend Ned Stark suggested, King Robert lavished gold on dueling tournaments and hunting trips.

This is a narrative that Americans can relate to. From 1980 to 2005, technological advances and economic liberation around the globe made this era an incredible time for growth, a true “long summer” if there was one. However, just like the lavish king, the American federal government did not contain its spending problem, highlighted by costly programs such as expansion of Medicare with no long term feasibility. Local governments also piled up frivolous spending programs such as the 3 billion dollar sewer in Birmingham, Alabama and the 24 billion dollar tunnel in Boston.

In the show, King Robert ran a deficit every year when the time was good—because he could. His “Master of Coin,” Littlefinger, was a resourceful man who found a way to borrow gold at a good rate whenever the king wished. Real life politicians, whose re-election odds depend on the amount of favors they can pass out to constituents and donors, are also always pushing to spend more. Financial deregulation and globalization, combined with seemingly good credit ratings, make such borrowing incredibly cheap and easy for national and local governments. It should not be a surprise, then, that these very governments end up borrowing and spending more than they should in good times.

When wars broke out in the Seven Kingdoms, the king’s advisors faced the fiscal reality of owing a huge debt to a nepotic family, the Lannisters. The crown’s debt to the Lannisters forced it to concede political power by appointing Lannisters in important government posts. When a company faces bankruptcy, it often offers its creditor to swap debt for equity, giving them control in the company for delayed payment. When the Seven Kingdoms faces bankruptcy, the equivalent action is to cede political will to keep the interest rate low. As episodes in European debt-ridden countries, especially Cyprus, show, the large creditors of sovereign states already have political demands that could undermine the cause of democracy and good governance.

So what should the Seven Kingdoms have done? First, they should have cut back on projects that boost local economy in the short run, but do not lead to sustainable growth. Littlefinger, for example, encouraged King Robert to host more tournaments—pork barrel spending that keep his own brothel occupied during the event, but makes little economic sense for the kingdom. Instead, government spending should focus on common goods that are undersupplied by private markets. National defense programs such as The Wall, which guards all Seven Kingdoms against pillaging barbarians and ice zombies, were underfunded during King Robert’s rule. King Robert should also have made his spending counter-cyclical. He should be frugal in the good years to make sure that his kingdom can spend when he needs the money the most—during economic downturns.

But the roots of the Seven Kingdom’s problems are its myriad unchecked political and economic incentives. A politician like Littlefinger will make fiscal decisions to pamper to his sole constituent, King Robert, and to bring business to his brothel, at the cost of the economy. In real life, career politicianswill respond to special interests and their loudest constituents much more frequently than they do to the common good. When things take a bad turn, governments may lose fiscal autonomy as creditors like the Lannisters would start making fiscal decisions. Their rent-seeking behavior is disastrous for future good governance. The ideal fiscal decision maker should not spend to please, nor lend to gain power.

Perhaps there is a place for high tower alchemists and high-minded economists after all.